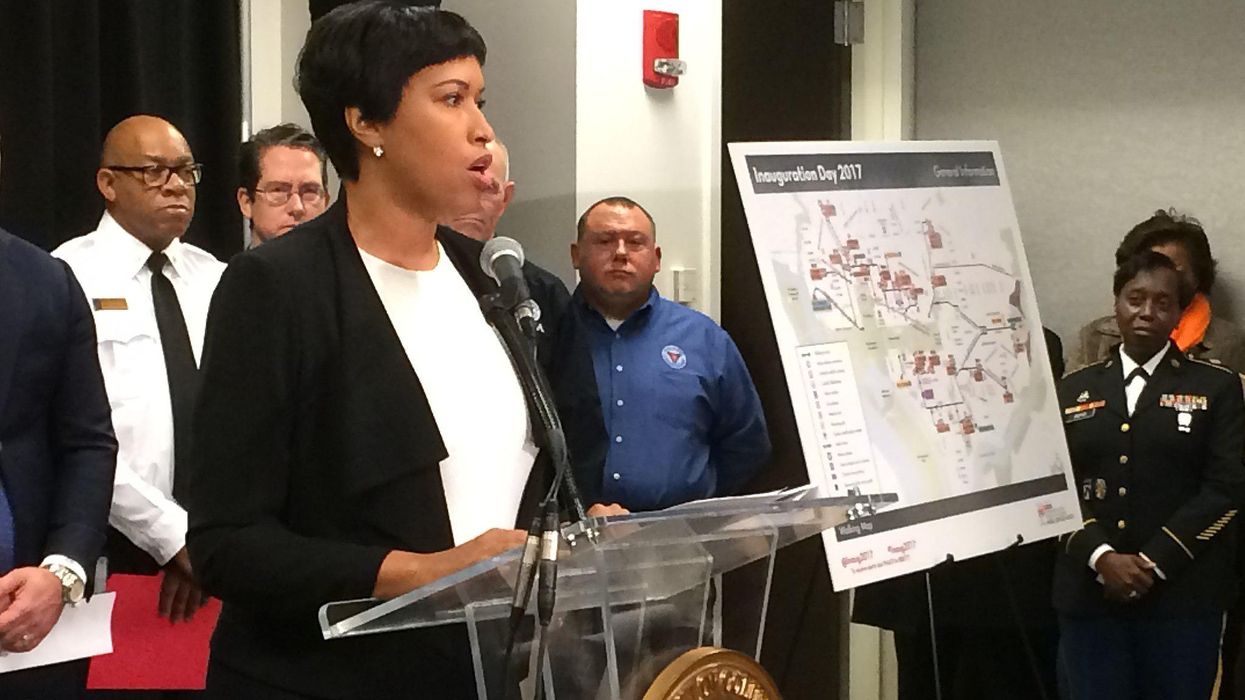 The House will vote Friday on a bill that would make Washington, DC, a state. The measure is all but guaranteed to pass. It has so many co-sponsors it could almost pass with their support alone. With Democratic control of the United States Congress and the White House, the dream of DC statehood has never been closer to reality. As of Monday, the bill had 41 co-sponsors in the Senate. This could actually happen.

"It's a joke for anyone in Congress to pretend that there's some principle, rather than partisanship, driving them on DC statehood," wrote Edward-Isaac Dovere, a writer for The Atlantic, Monday. "Republicans oppose it because it would give Dems more power, which is why Dems want it. But none of that accounts for the 700,000 DC residents."

It's astonishing to see a political correspondent for a major magazine refuse to see the moral principle in the struggle for DC statehood: over 700,000 people are living as second-class citizens in our nation's capital, largely due to anti-Black racism. The struggle for statehood for the District of Columbia, which is majority Black, long predates the modern realignments of the Republican and Democratic Parties. The disenfranchisement of Washingtonians has been staring us in the face for 220 years.

DC statehood is a profound moral issue. Residents have a right to full local control and full federal representation. The injustice is not that a new Democratic state might be created, but that residents have been stifled for two centuries.

When the federal government took over in 1801, DC residents lost all federal representation. Of course, they had to go on paying taxes, despite the fact that the revolution had been fought on the motto of "no taxation without representation." Members of the Continental Congress expressed interest in fixing the obvious problem of forcing residents to pay without a say, but they never got around to it.

Racism wasn't a significant factor in DC's secondary status, but it's the overriding reason for keeping it that way. It's had a large Black population since its founding. It was a beacon of Black political power long before Blacks became the majority in the 1950s. By 1830, free Blacks comprised nearly a third of Washington. The numbers continued growing during and after the Civil War. Black colleges, churches, and cultural institutions flourished—filling Blacks with pride, and racists with dread.

Because the US Congress exercises out-sized control over Washington's local affairs, federal lawmakers have often used the capital city as a proxy in larger fights. In 1867, radical Republicans granted the Black men of DC the right to vote in local elections, three years before the 15th Amendment enfranchised all Black men nationwide.

Black legislators promptly established themselves as a major force in Washington's local government. The prospect of the capital under Black control was intolerable to white supremacists. So the Congress abolished DC's local government in 1874.

The residents of the district were now completely disenfranchised: they had no local government, no vote for president, and no representation in the Congress. But, you guessed it: They still had to pay taxes. In the 20th century, racist senators like Theodore Bilbo, Democrat of Mississippi, wielded Congress's dictatorial power over the district to impose segregation laws the residents would never have agreed to.

This quasi-colonial system lasted until the Civil Rights Movement won back some basic political rights for the district, including a say in presidential elections in 1961, the local council in 1967, and the district's non-voting member of the House in 1970.

Even with these changes, however, DC remains a long way from self-determination. In the 1980s, the Congress overturned DC's criminal law reforms, restricted funding for abortion, and forced DC to let churches discriminate against gays and lesbians.

To this day, DC relies on the feds to prosecute felonies, which gives its US attorney effective veto power over local laws. Since DC has no senators, the district's residents have no real say in the US attorney whose office decides which of its laws will be enforced and which will be supplanted with federal laws that are more punitive.

DC statehood is a profound moral issue. Residents have a right to full local control and full federal representation. The injustice is not that a new Democratic-voting state might be created, but rather the residents of the district have been stifled for two centuries. How might our national politics be different if they'd always had their rightful voice? The fact that today's Republicans are willing to keep 700,000 people as second-class citizens in our capital city shows their cynicism and prejudice.