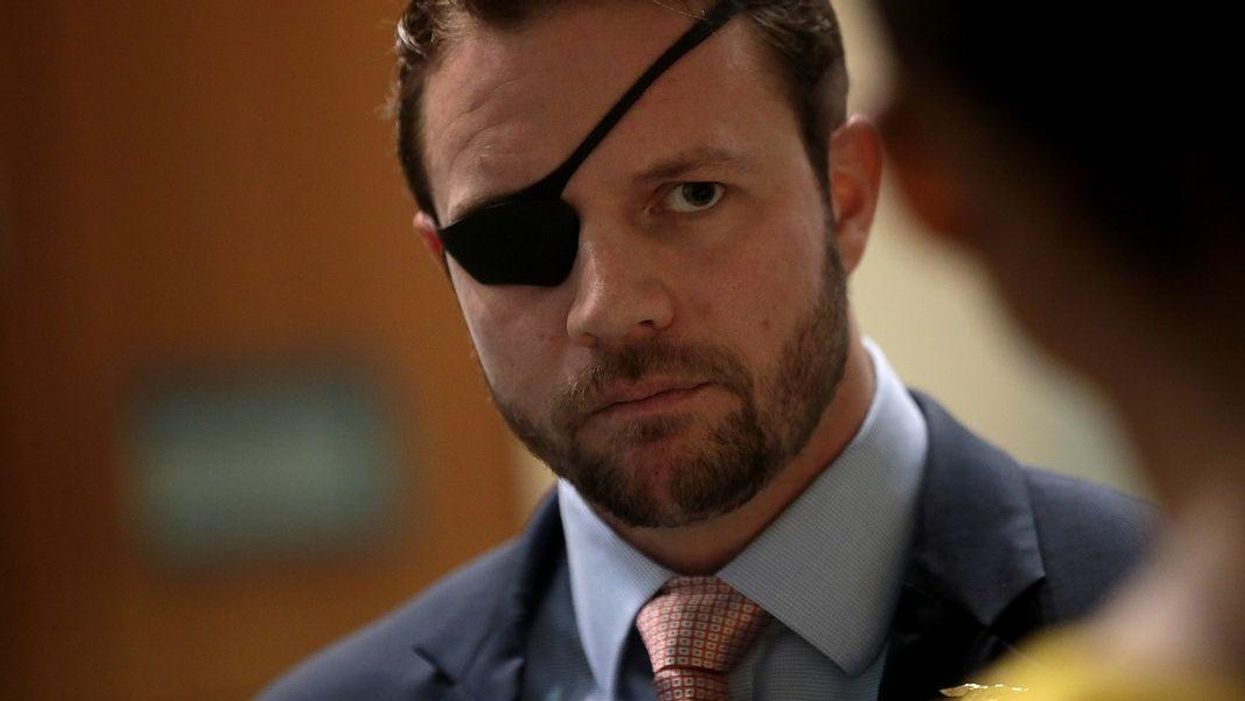 MSNBC host Mehdi Hasan went after Rep. Dan Crenshaw (R-TX) on Twitter this week after a Fox News appearance in which he twisted data about border crossings to score points on Fox News.

Hasan then invited Crenshaw on his show to talk about the issue and avoid political nonsense. Crenshaw agreed, but the nonsense continued.

What became very clear is that Hasan came with the numbers and Crenshaw didn't know them or was trying to distort them.

The next big piece of information was that people are crossing the border again after being thrown out during the Trump administration. Numbers don't generally reflect that.

Another confusing moment for Crenshaw was when Hasan played the clip of his Fox News interview in which he said, "This happened overnight, okay, when President Biden rescinded the remain in Mexico policy when they rescinded the asylum cooperation agreements with the northern triangle countries. So Biden has the nerve to say quietly don't come, wink, don't come. don't come here. If you come here, we're going to give you a bus ticket wherever you want and not going to deport you."

Hasan explained that it's a lie. Since there's been an influx for the past nine months, the massive influx didn't happen overnight, as Crenshaw claimed. He claimed that Biden was giving people a "wink" not to come to the United States and that Biden said that the U.S. wasn't going to deport you.

Crenshaw, after watching the video, denied he said that Biden wasn't going to deport people. Over and over, Crenshaw claimed, "I didn't say that." Even after Hasan read the statement again, Crenshaw replied, "thank you for proving me right."

Republican goes down in flames www.youtube.com