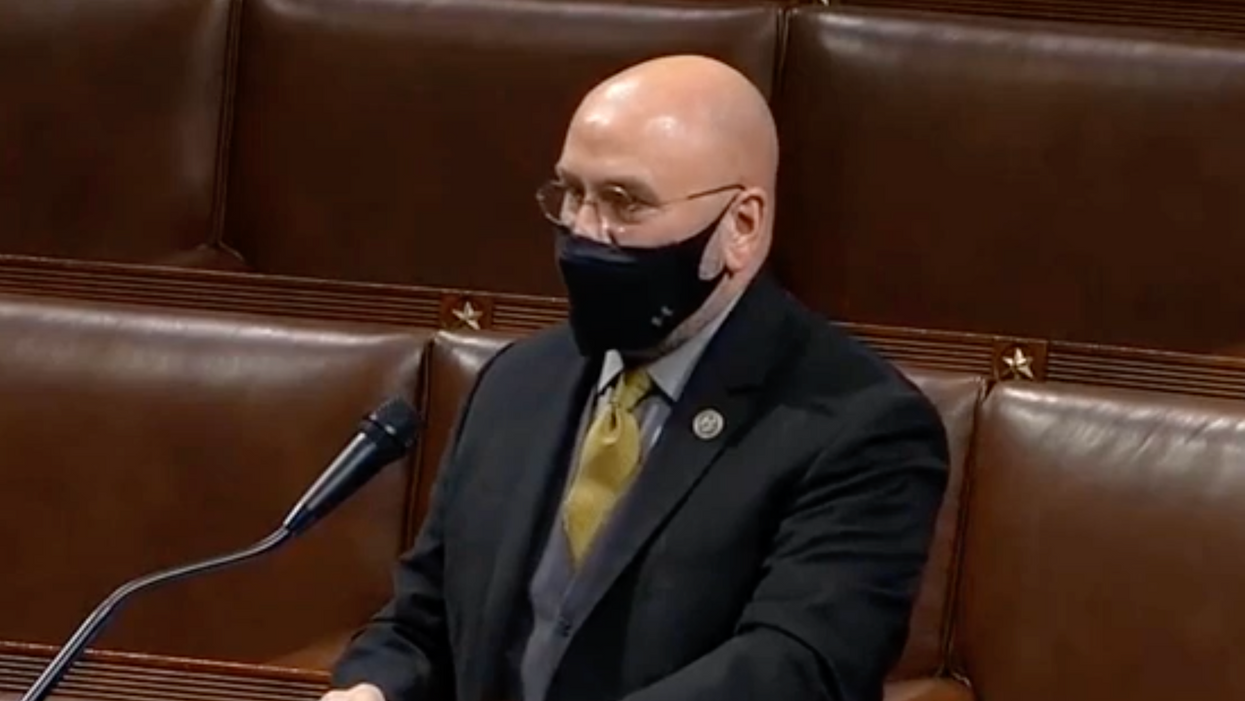 U.S. Rep. Clay Higgins (R-LA) delivered what amounted to an almost religious sermon Thursday, not "on the mount," but on the floor of the House of Representatives. Higgins was moved to speak out against the Democrats' gun control bill which includes provisions that 90 percent of Americans support.

The Louisiana Republican, a former police officer who was accused by his chief of police for using "unnecessary force on a subject during the execution of a warrant and later gave false statements during an internal investigation," opposes any form of gun control, including closing the "gun show loophole."

Democrats on Thursday passed legislation which does exactly that – two bills strengthening background checks. Eight House Republicans joined Democrats in voting to pass one of the bills.

But to Higgins, gun control is blasphemy, and he appeared to suggest if murder was OK for the son of Adam it's OK for Americans.

"The modern hysteria over guns is another example of our weakened society," Higgins has written, according to VICE.

"Judge John Paul Stevens, Your Honor, whatever… put together any badass socialists you can muster," he wrote on Facebook. "As their attorney, make sure they have their affairs in order. Molon Labe. Captain Clay Higgins."

On Thursday he reiterated his opposition to gun control measures in a more biblical fashion, appearing to suggest it is in man's nature to kill, and that America is a Christian nation.

"That laws designed to restrict Second Amendment rights and freedoms are about a veil to conceal the violence of man born since Adam, firstborn son of Adam killed his brother, in a violent rage," Higgins preached, opposing the gun control bill. "I'm rather certain he did not use a firearm. The Second Amendment protections that we have as American citizens 'shall not be infringed.' Remember these words, and that they are born of a nation that recognized our service to our Lord."