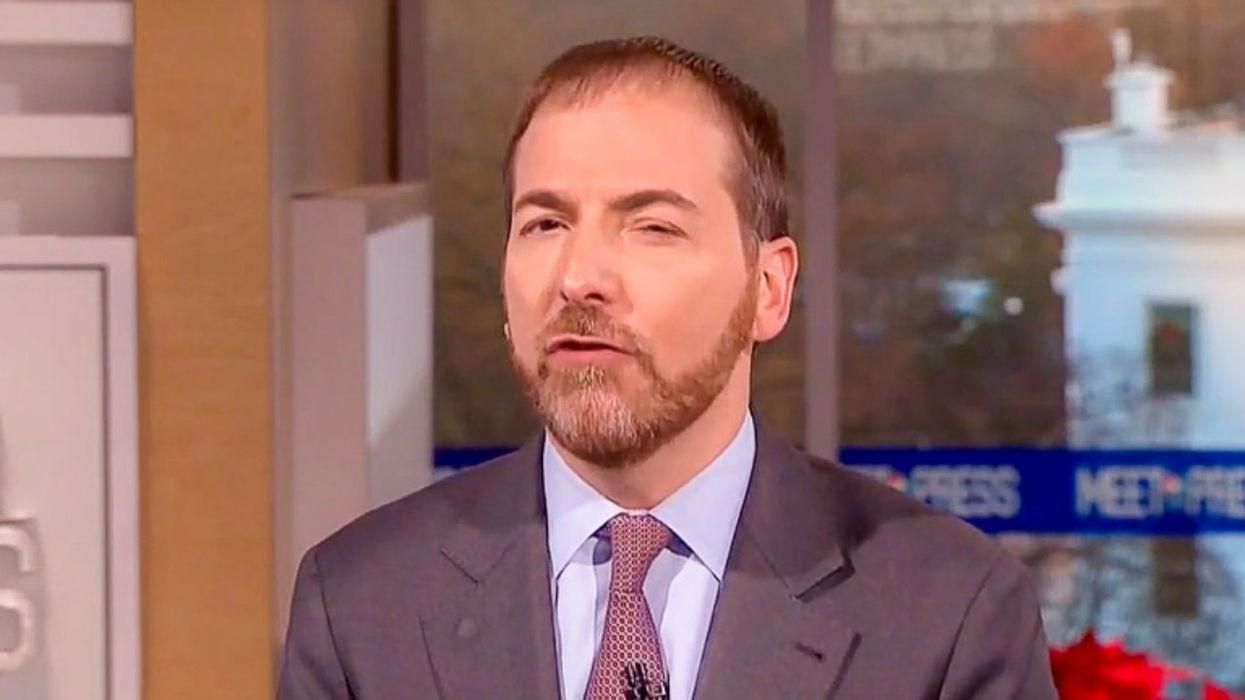 "Meet the Press" host Chuck Todd was once again the recipient of a furious backlash on Sunday after he opened his show by asserting President Joe Biden is in the midst of a "political crisis" at the same time Americans are receiving much-needed stimulus checks and COVID-19 vaccinations rates are exceeding the administration's promises.

Standing in front of a screen showing immigrants at the southern border, Todd stated, "It's fair to call the deteriorating situation at the U.S.-Mexican border a crisis, even if the Biden administration refuses to use that word."

He then added, "But it's more than that. It's a political crisis for the new president with no easy way out."

That set off critics of the NBC host, of which there are more than a few, with calls to fire Todd -- once again.

You can see some responses below:


@MeetThePress Oh to have to have the catfood-brain and unjustified confidence of Chuck Todd.
— KareBearScare (@KareBearScare)1616336740.0

@MeetThePress @chucktodd Chuck Todd is unwatchable because of horseshit like this
— NorahBrink (@NorahBrink)1616339299.0

@jamisonfoser @MeetThePress A crisis with no solution. Someone should rewrite “how do you solve a problem like Maria” for him.
— Rohit (@Rohit)1616339694.0

I honestly couldn’t tell you the last time I watched one of the Sunday morning shows on the major networks. I mean… https://t.co/yFukiWKXaH
— Kevin M. Kruse (@Kevin M. Kruse)1616335423.0