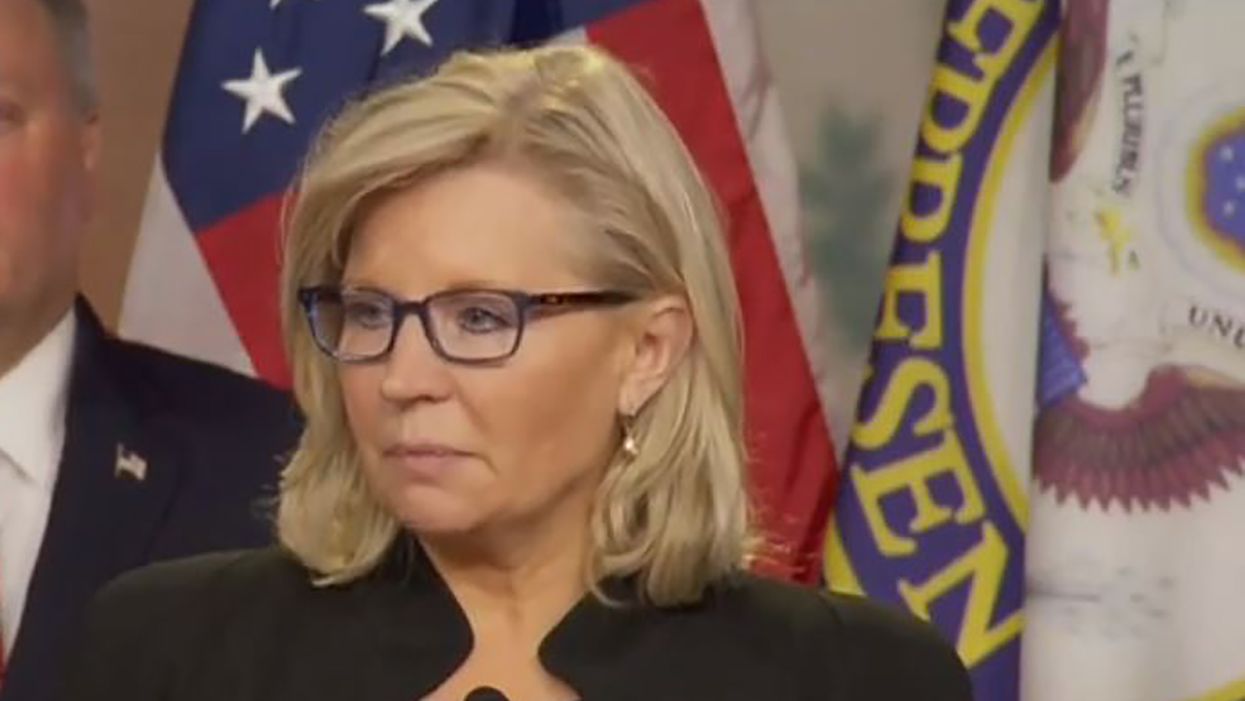 Liz Cheney image via Screengrab
GOP congresswoman: There will be ‘no normally functioning economy’ if US hospitals are ‘overwhelmed’ by coronavirus
Meaghan Ellis
March 05, 2021

Rep. Liz Cheney (R-Wyo.) was not pleased to learn of Rep. Paul Gosar's (R-Ariz) participation in a recent conference planned by white nationalists.

On Thursday, Feb. 25, Gosar—a pro-Trump loyalist who also supported the former president's "Stop the Steal" misinformation campaign—served on a panel at the America First Political Action Conference (AFPAC), described as "the second annual gathering of the white nationalist "groyper" movement," according to the Huffington Post.

As Gosar exited the stage, the roaring crowd dubbed " a motley crew of unabashed racists and anti-Semites" reportedly cheered for him. Then, AFPAC organizer and white nationalist leader Nick Fuentes, took the stage to tell the crowd "white people are done being bullied" as he stressed the importance of the United States guarding the "white demographic core."

Even after the event, Gosar continued his alliance with Fuentes. The known white nationalist took to Twitter with a photo of himself with Gosar as they enjoyed a cup of coffee the day after the conference.

In light of the recent developments, Cheney publicly lambasted Gosar and the AFPAC as she made it clear that it is not the type of organization a lawmaker should be associated with.

"I think the organization that [Gosar] spoke to is one that has expressed views that are clearly racist," Cheney told Politico. "This is not the kind of an organization or an event that other members of Congress should be participating in."

She added, "I've been very clear about the extent to which we have to stand against white supremacists, stand against anti-Semitism. And that should not be part of our public discourse."

Cheney's latest chastising remarks come just days after she warned House Republicans to be careful of their behavior in an effort to "make clear that we aren't the party of white supremacy."

"I've been very clear about the extent to which we have to stand against white supremacists, stand against anti-Semitism," Cheney said at the time. "And that should not be part of our public discourse."

Cheney added, "It's very important for us to ignore the temptation to look away."