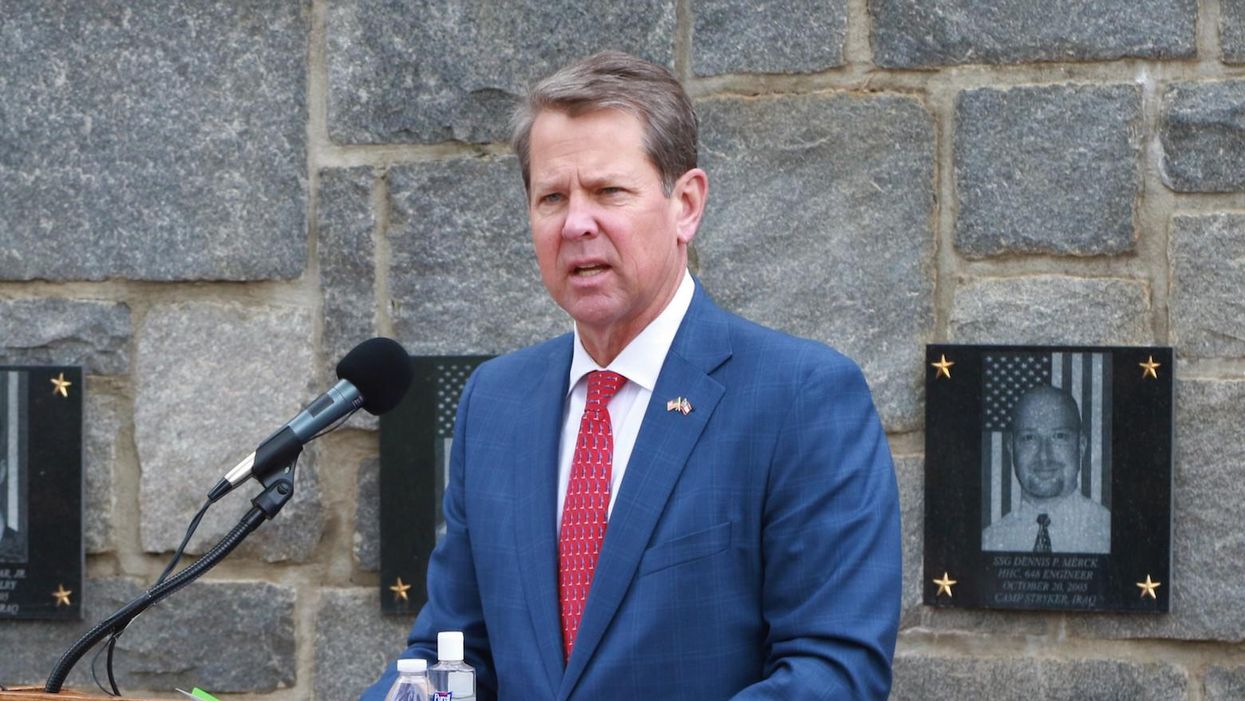 Brian Kemp, the Governor of Georgia, speaks during a virtual Memorial Day ceremony at Clay National Guard Center in Marietta, Georgia on May 21, 2020. Governor Kemp spoke of the ultimate sacrifice that fallen Georgia Guardsmen have made while fighting for the freedoms all Americans possess today. U.S. Army National Guard photo by Capt. Bryant Wine
David Badash
and
The New Civil Rights Movement
March 25, 2021

Despite three recounts and virtually no voter fraud Republican Governor Brian Kemp has just signed into law a massive, 95-page voter suppression bill. As Secretary of State Kemp manipulated the voter rolls ensuring his win in the gubernatorial race against Democrat Stacey Abrams.

The Georgia House passed the sweeping legislation around 2 PM Thursday in a 100-75 vote. At 5:23 PM the Senate passed the bill. Barely one hour later Kemp signed it into law.

The voter suppression law "includes new restrictions on voting by mail and gives the legislature greater control over how elections are run," the AP reports.

"We are witnessing right now a massive and unabashed assault on voting rights unlike anything we've seen since the Jim Crow era," Democratic state Senate Minority Leader Gloria Butler said, adding the new law is filled with "voter suppression tactics."

The law targets minority communities the most, making it harder for people of color to vote.

"It's like the Christmas tree of goodies for voter suppression," Democratic state Sen. Jen Jordan said Thursday, CNN had reported.

"It will be challenged in court," he promises.