The unusual case of AstraZeneca: Here's the truth about the most controversial Covid vaccine 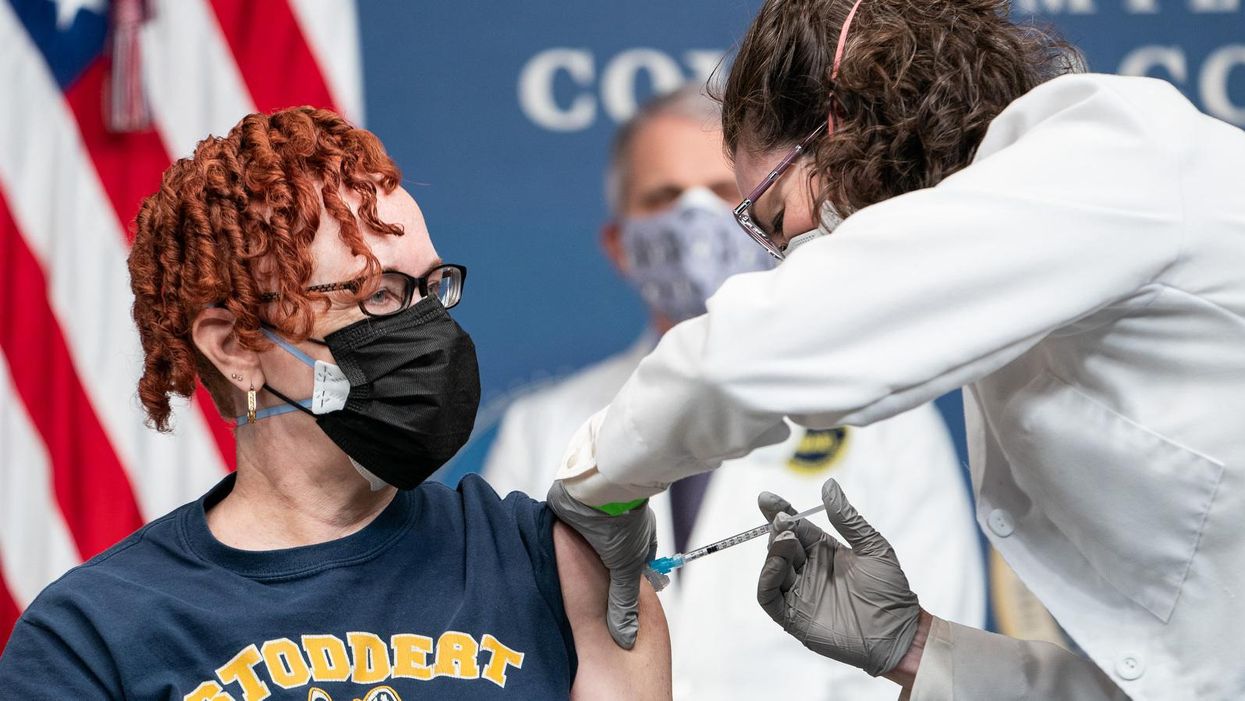 On March 22, AstraZeneca released results from its U.S. clinical trial showing that its vaccine is 79% effective and with no serious side effects. Overnight, the National Institutes of Health issued a statement, saying the board charged with ensuring the accuracy of the trial expressed concern that the company may have included “outdated information" in the trial. This unusual announcement is the latest in a series of questions over how effective and how safe the AstraZeneca COVID-19 vaccine is. Maureen Ferran, a virologist at the Rochester Institute of Technology, answers five questions about the AstraZeneca vaccine.

The AstraZeneca vaccine is a viral vector vaccine, much like the Johnson & Johnson COVID-19 vaccine. This type of vaccine uses a harmless adenovirus to deliver genetic instructions for a protein from SARS-CoV-2 into your cells. Your cells then make that protein, and your body will recognize the foreign protein and activate an immune response that will protect you from future infection. While the Johnson & Johnson vaccine uses a human adenovirus, the AstraZeneca vaccine uses an adenovirus that normally causes the common cold in chimpanzees. This virus can't replicate in the human body or get you sick.

Within 24 hours, the NIH said in a statement that an independent data review board had concerns about the trial. The board stated that the data used in the trial was “outdated" and may give an “incomplete" view of results. On March 23, 2021, AstraZeneca agreed to share up-to-date information with the health agency to clarify the results of the trial.

Earlier trials of the AstraZeneca vaccine also showed an overall efficacy of about 70% but had also faced problems. A manufacturing error led to some dosage mistakes during the first phase 3 trial in Brazil and the U.K. These dosage mistakes made calculating the true efficacy rate more complicated than usual.

Despite these missteps, overall, the studies show that the AstraZeneca vaccine is effective at preventing disease caused by the original strain of SARS-CoV-2. However, evidence is emerging that it isn't very good against some of the new variants of the virus.

Despite these weaknesses, the World Health Organization continues to recommend the AstraZeneca vaccine in countries where new variants are circulating because the experts believe the vaccine may still protect against severe disease and death.

Although this vaccine is somewhat less effective compared with mRNA-based vaccines, it is cheaper to produce and can be stored at normal refrigerator temperatures, making it a powerful tool in the global immunization effort.

3. Who's using the AstraZeneca vaccine?

As of late March, the AstraZeneca COVID-19 vaccine has been given authorization in 86 countries – first by the U.K. in December and then by the European Union, Canada, India, Argentina, the Dominican Republic, El Salvador, Mexico and Morocco in January. In February, the World Health Organization granted the vaccine emergency use listing, making the vaccine available in low- and middle-income countries.

So far, over 17 million doses have been administered in the European Union and the U.K., but none yet in the U.S.

Although the AstraZeneca vaccine has been approved for use in many countries, the company has not yet applied for emergency use authorization in the U.S. AstraZeneca is expected to do so in March or early April, and if the Food and Drug Administration gives the vaccine the green light, vaccines could be shipping out by mid- to late April in the U.S. It is hoped that emergency use authorization in the U.S. will bolster global confidence in the vaccine.

5. What's going on with reports of blood clots?

There have been recent reports of people getting certain kinds of blood clots after receiving the AstraZeneca vaccine. In response, the European Medicines Agency began investigating a possible connection. Of the 20 million recipients of the AstraZeneca vaccine, they found 25 instances of those specific blood clots – seven cases of clots in multiple vessels throughout the body and 18 cases of clots forming in people's brains, which can result in a hemorrhage.

On March 18, the agency released a statement saying that the vaccine “is not associated with an increase in the overall risk of thrombotic events or blood clots," but it did acknowledge that there were a “small number of cases of rare and unusual but very serious clotting disorders." The agency said that it could not confirm nor rule out causality, so it recommended that manufacturers add a warning label to the vaccine. They also recommended that recipients be told to seek immediate medical attention if they experience symptoms associated with these types of rare clotting disorders, such as easy bruising or bleeding and persistent or severe headache, particularly more than three days after vaccination.

After considering the evidence, the European Medicines Agency, the World Health Organization and U.K. health authorities concluded that the benefits of the AstraZeneca vaccine far outweigh any risks.

The most recent concerns from the NIH are valid, but once they are addressed, many other experts and I hope that the AstraZeneca vaccine will play a major role in worldwide vaccination.

This is an updated version of an article originally published on March 22, 2020. It was updated to include reflect concerns over the data used in the U.S. clinical trial.