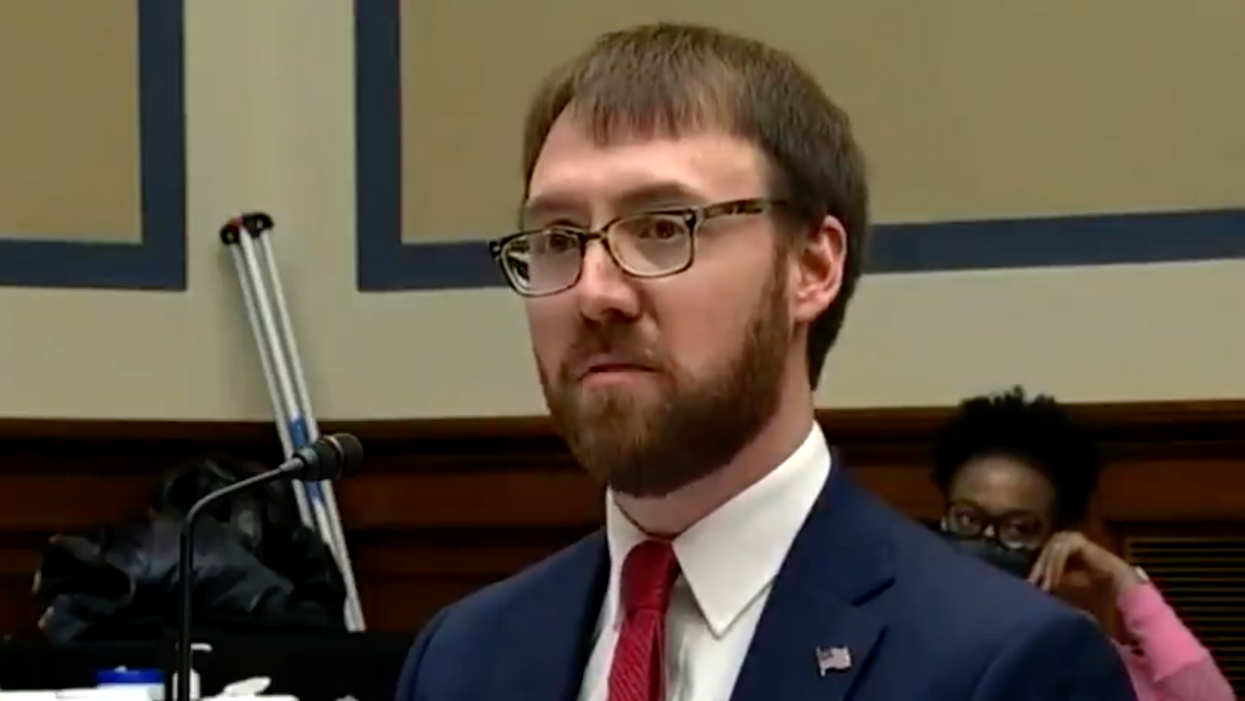 Some Democrats are arguing that the District of Columbia is long overdue for statehood, and various Republicans have responded by voicing their opposition. Journalist Mark Joseph Stern, in a Twitter thread posted this week, examines some of the reasons that Republicans have given for opposing D.C. state — reminding readers how absurd some of them are.

Stern tweets some video of the right-wing Heritage Foundation's Zack Smith saying that the District of Columbia shouldn't have statehood because Washington, D.C residents can influence "the national debate" with yard signs.

One state, Smith testified before members of Congress, should not have "undue influence over the federal government." The conservative activist said, "There's no question that D.C. residents already impact the national debate. For the members here today, how many of you saw D.C. statehood yard signs or bumper stickers or banners on your way to this hearing today? I certainly did. Where else in the nation could such simple actions reach so many members of Congress?"

In his thread, Stern also posted video of Republican Rep. Jody Hice of Georgia saying that D.C. shouldn't have statehood because it doesn't have its own landfill.

Stern, in response to Hice's comments, notes that Washington, D.C. does, in fact, have a car dealership."

Stern, in that article, wrote, "It is not the Constitution that stands in the way of D.C. statehood. It is a political party that would rather deny equal suffrage to 700,000 Americans than cede any modicum of power."

One of the reasons Republicans dress up their arguments against D.C. statehood in legalese is because otherwise the… https://t.co/Uj8K7j9OjV
— Mark Joseph Stern (@Mark Joseph Stern)1616432704.0