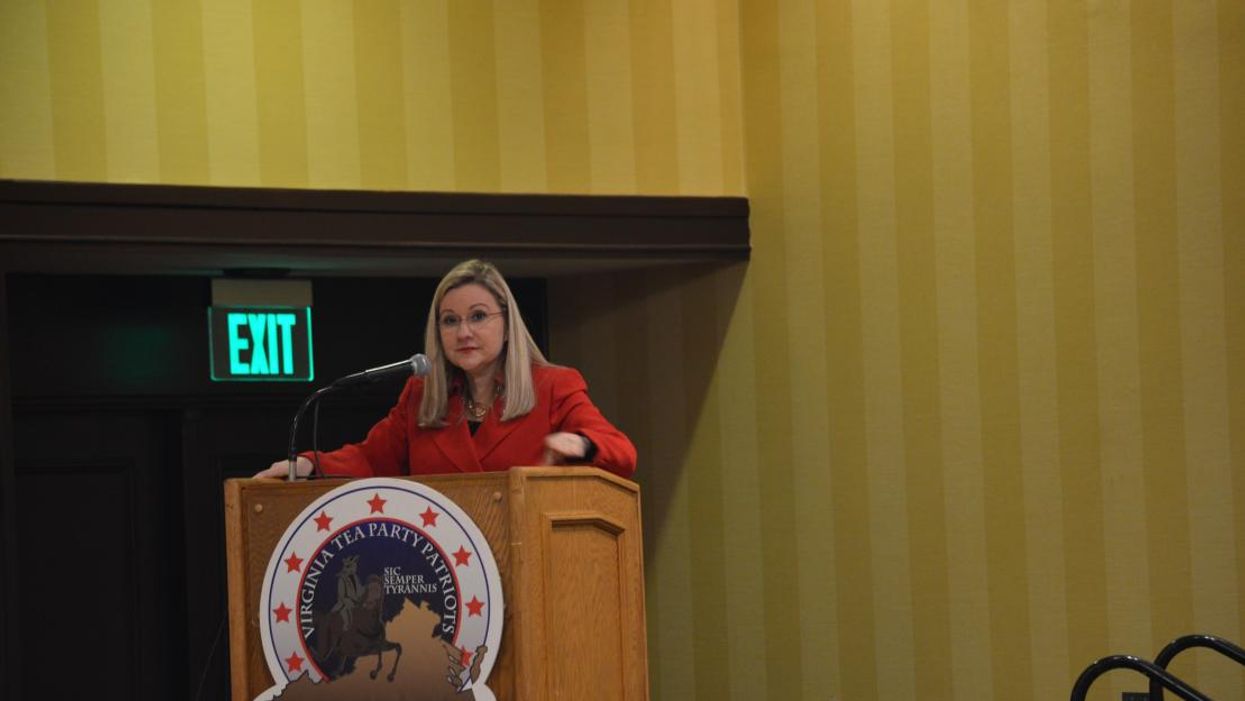 In Virginia, State Sen. Amanda Chase — who proudly describes herself as "Trump in heels" — has achieved infamy for urging former President Donald Trump to declare martial law after losing the 2020 presidential election and describing the violent insurrectionists who attacked the U.S. Capitol Building as "patriots." And so far, Chase — a far-right extremist and conspiracy theorist along the lines of Rep. Marjorie Taylor Greene of Georgia and Rep. Lauren Boebert of Colorado — is the frontrunner in Virginia's 2021 GOP gubernatorial primary.

A YouGov poll released on February 12 found that of all the Republican candidates hoping to take on a Democrat in Virginia's gubernatorial race this year, Chase enjoys the most support — at least so far. And in light of her history, that is a disturbing indictment of the Virginia Republican Party.

Whoever occupies the Virginia governor's mansion in 2022, it won't be Democratic Gov. Ralph Northam. Under the state's constitution, governors cannot serve two consecutive terms. Gubernatorial term limits are not uncommon in the U.S., but Virginia's variety is rare. Republicans are hoping that Northam will be followed by a GOP governor; however, Chase is controversial even on the right.

The 51-year-old Chase, who was first elected to the Virginia Senate in 2015, vigorously defended the presence of Confederate statues in her state in 2020. Chase described Northam's decision to remove a statue of Confederate Gen. Robert E. Lee in Richmond as an "overt effort to remove all White history" and said, "Removing the Robert E. Lee statue (is) a cowardly capitulation to the looters and domestic terrorists."

Chase, who supported far-right attorney Sidney Powell's election lawsuits, said of Biden, "(He's) not my president and never will be. The American people aren't fools. We know you cheated to win, and we'll never accept these results. Fair elections, we can accept, but cheating to win, never. It's not over yet. (I'm) so thankful President Trump has a backbone and refuses to concede. President Trump should declare martial law as recommended by Gen. Flynn."

On January 6, Chase attended Trump's "Stop the Steal" rally in Washington, D.C. — and after a mob of far-right extremists violently attacked the U.S. Capitol Building that day in the hope of preventing Congress from certifying Biden's Electoral College victory, she praised the insurrectionists as "patriots." Subsequently, Chase promoted the nonsense conspiracy theory that members of the leftist Antifa movement attacked the Capitol in order to make Trump supporters look bad — a claim that even House Minority Leader Kevin McCarthy has described as ridiculous.

On January 27, the Democrat-controlled Virginia Senate, in a 24-9 vote, approved a measure censuring Chase for her "pattern of unacceptable conduct." The measure was sponsored by Democratic Virginia State Sen. John J. Bell, who lambasted Chase for praising Ashli Babbitt — a rioter who was fatally shot by Capitol Police during the attack on the Capitol Building.

Chase said of Babbitt, "We remember Ashli, and the three who died of medical emergencies and the Capitol Police officer who died during the chaos at the Capitol. These were not rioters and looters, these were patriots who love their country and do not want to see our great republic turned into a socialist country."

But for all her baggage, Chase is — at least so far — the Republican who appears to have the best chance of running against a Democratic gubernatorial nominee in November.