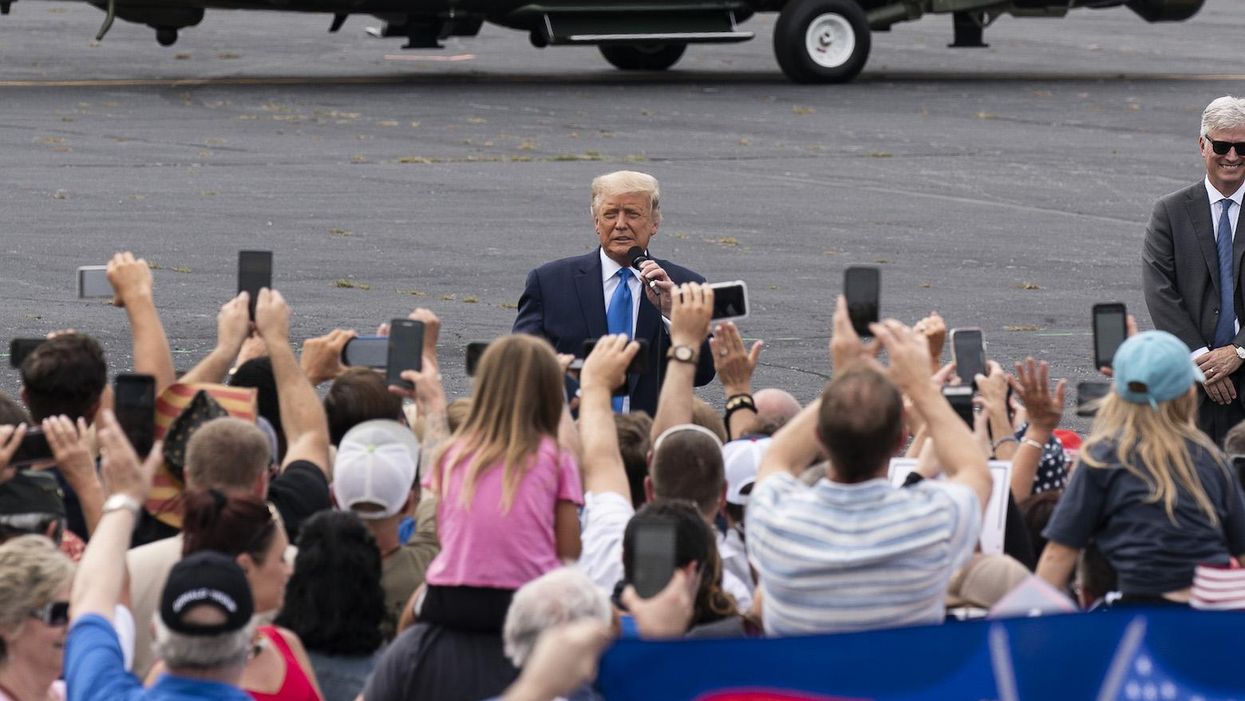 A functioning democracy needs political parties to connect problems with solutions. In the current state of affairs, American democracy has only one effective democratic party. The other one has been drifting toward illiberalism in a trend that started long before Donald Trump became its leader. The violent insurrection of January 6 confirms its abdication of the values and principles for which it supposedly stands.

A society as diverse as the United States needs all-encompassing representation from its political parties. Yet the former conservative party has become so homogeneous that, today, the white non-college educated population makes up 57 percent of its voters, with 25 percent of white college-educated and 17 percent of non-white voters identifying as Republicans or Republican-leaning.

This demographic shift can be seen in the composition of both parties. The base of the GOP has become increasingly white (82 percent) while the Democratic party has developed into a more diverse constituency, and with that, the policies that the party moves forward. The diversity within the Democratic Party has provoked a backlash in the Republican Party, solidifying its embrace of Christian nationalism.

The argument, from a conservative standpoint, is that American democracy has lost its commitment to uphold what they consider to be the authentic American way of life; that is, a white, religiously-conservative majority has fallen for the conspiracy theories that have given prominent political status to otherwise extremist beliefs. The Republican Party base has backslid as a reaction to the electorate's demographic reshape, and to the GOP base's displacement.

Nonetheless, the Republican Party didn't just suddenly become a white nationalist party. The background for this behavior can be traced back as far as to the administrations of Richard Nixon, Ronald Reagan, and George H.W. Bush, where efforts to encourage white voters were intended to quash the non-white voter. The Republican Party has been known as the gerrymandering and voter suppression champion for years.

Trump's presence in the White House made white nationalism among Republicans acceptable again, bringing back memories of those who advocated in the past for voter suppression, with his campaign candidly recognizing it as a strategy for winning battleground states. There is no honest way to understand the demise of the Republican Party if Trump is the only one taking the blame. The GOP enabled a man without any political experience, but with a vast history of racism. That should have been enough to break with him. Instead, they not only embraced his rhetoric, but reiterated his discourse, and supported his falsehoods by adopting them as their own.

It wasn't that the Republican Party unexpectedly cut ties with democracy. The complicity with discrediting the electoral system, even though they have all been elected under the same norms and procedures, has to be found in their silence, if not support, considering the blatant effort to overturn the results of a lawfully held election.

In the election's aftermath, Mitch McConnell chose to remain on the sidelines, while Trump falsely announced his electoral victory. He then moved on to block the second impeachment procedure after the January 6 assault on the Capitol, making sure it reached the Senate after Biden's inaugural, paving the way for Trump's second acquittal. McConnell's final act was to blame the House Speaker, Nancy Pelosi, for the failure to convict Trump and hold him accountable for inciting the insurrection, in a whitewashing speech aimed at Republican donors, pretending to take back control of the party.

This behavior is perhaps the peak in the decomposing trajectory of the conservative party in the United States. The Republican Party has seen its de facto majority, via the Electoral College, drop to the point that Georgia was lost, at the presidential as well as the Senate levels, with the threat of Texas turning purple looming large. In response to the concerns among moderate members of the party about its decline, Republican leadership has reacted by doubling down on voter suppression.

The Republican Party's crisis shouldn't be assumed in any way as a hostage situation. This party is not supporting Trump out of fear of his sway over the base. That's naive. The party found in Trump more affinity than they had initially thought. Their mutual disdain for the first African-American president should have given you a clue of the many coincidences and common interests Trump and his party have. They now belong to each other, and it seems unlikely there is a chance for a breakup anytime soon.