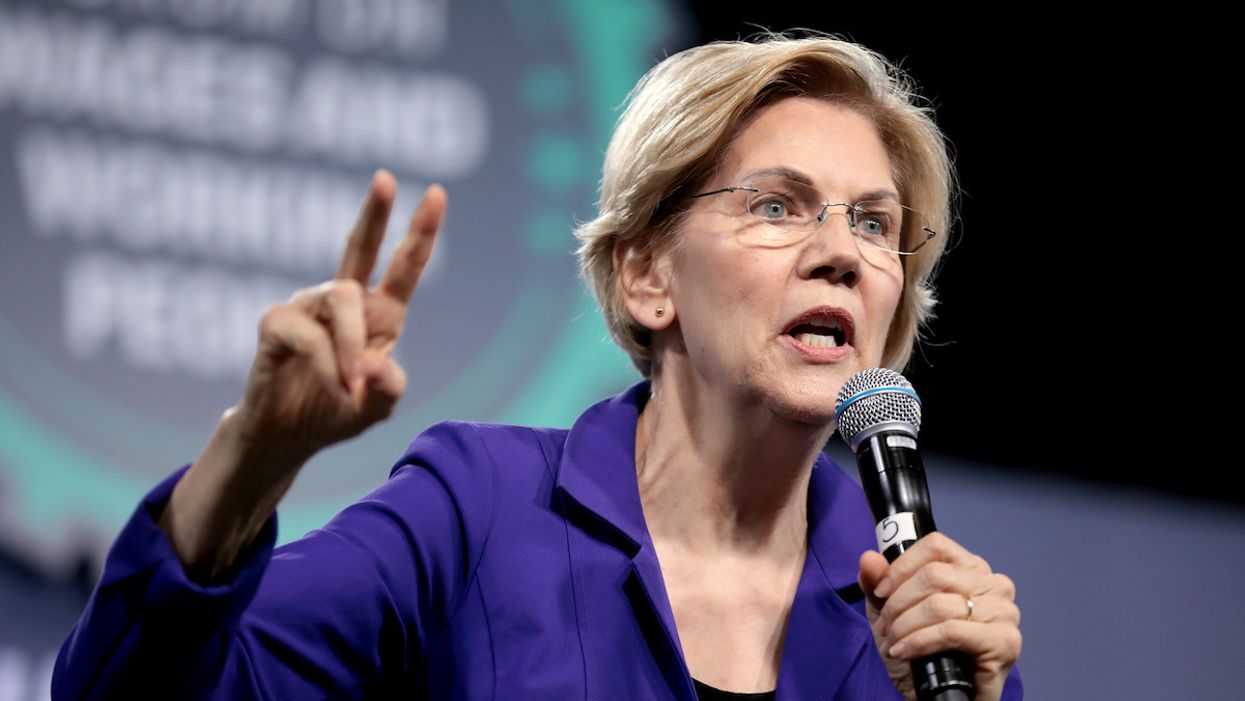 Gage Skidmore
Elizabeth Warren sounds the alarm on a mounting housing crisis — and the profiteers who will take advantage
Meaghan Ellis
February 04, 2021

Democratic lawmakers are calling for an investigation to determine how dark money contributed to the U.S. Capitol riot.

According to Law & Crime, Sens. Elizabeth Warren (D-Mass.) and Sheldon Whitehouse (D-R.I.) on Wednesday, Feb. 3, penned a letter to newly-confirmed U.S. Treasury Secretary Janet Yellen calling for an investigation to map out non-profit organizations' paper trail to determine how they may have aided the angry mob that stormed the U.S. Capitol.

"[T]he IRS's regulation and enforcement related to 501(c)(4) organizations has been woefully inadequate in the post-Citizens United era," a letter to Yellen reads. "We urge you to undertake a careful review of what the IRS has done, reform its approach, and rein in abuse by 'dark money' organizations."

The lawmakers' arguments focus on the U.S. Supreme Court's 2010 Citizens United decision which emphasizes the importance of imposing regulatory requirements. While the Supreme Court did cancel out limits on campaign spending, it did leave disclosure requirements intact.

With the advent of the Internet, prompt disclosure of expenditures can provide shareholders and citizens with the information needed to hold corporations and elected officials accountable for their positions and supporters. Shareholders can determine whether their corporation's political speech advances the corporation's interest in making profits, and citizens can see whether elected officials are "in the pocket" of so-called moneyed interests. The First Amendment protects political speech; and disclosure permits citizens and shareholders to react to the speech of corporate entities in a proper way. This transparency enables the electorate to make informed decisions and give proper weight to different speakers and messages.

According to Warren and Whitehouse: "Once Citizens United allowed unlimited political spending in elections, the value of hiding donors' identities exploded, and political activity by 501(c)(4) groups exploded in parallel," the letter continues. "Since 2010, 501(c)(4) organizations have spent over $900 million on political expenditures, compared to $103 million in the previous decade."

The two also attempted to explain the possible connection between 501(c)(4) organizations and the Capitol riots as it urged the Treasury and U.S. Department of Justice to open an investigation.

"Most immediately, Treasury should work with the Department of Justice and other law enforcement agencies investigating the attack on the United States Capitol on January 6, 2021," the letter stated. "According to reports, a number of dark money organizations helped organize and fund the rally that eventually led to the armed attack on the Capitol. Treasury and the IRS should provide any assistance necessary to help law enforcement in its investigations into the groups behind this tragic assault on our democracy, and should review whether organizers of the assault should keep their tax-exempt status."