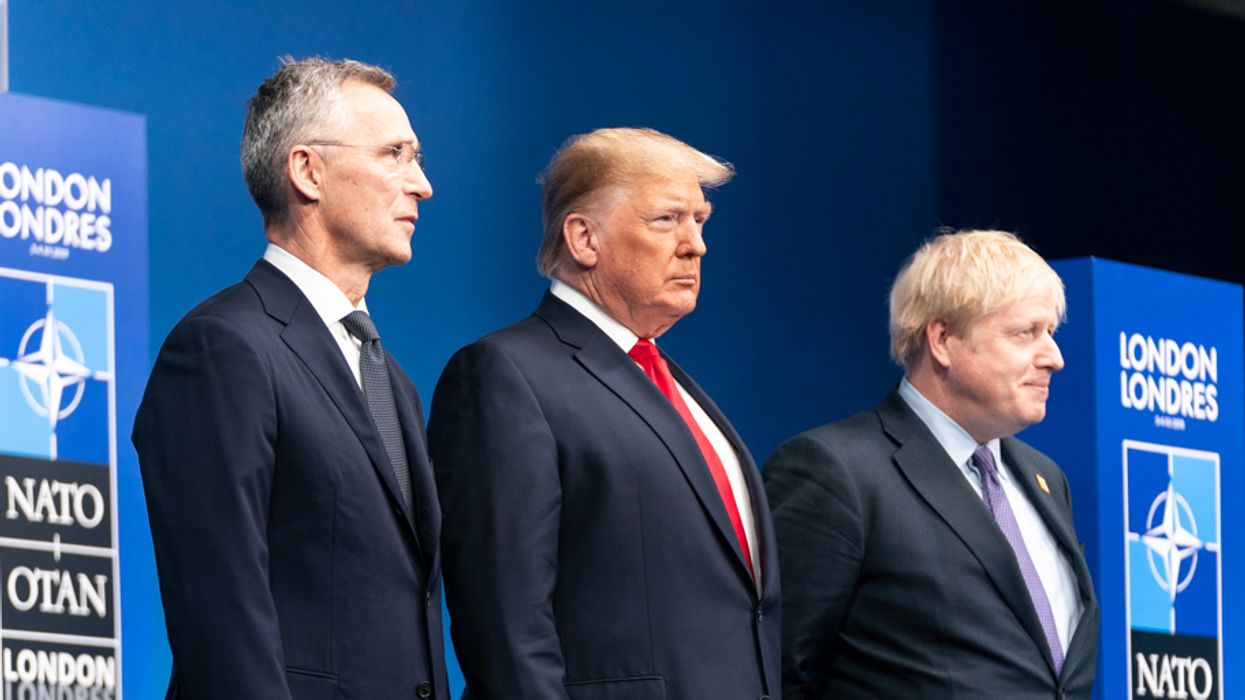 When the Associated Press and other major media outlets reported that Joe Biden had won the United States' 2020 presidential election, it didn't take European leaders long to congratulate him — from U.K. Prime Minister Boris Johnson to German Chancellor Angela Merkel to French President Emmanuel Macron. But journalist Vincent Bevins, in an article published by The New Yorker this week, warns that President Biden has his work cut out for him when it comes to U.S.-Europe relations.

"Major European leaders breathed a collective sigh of relief when it became clear that Joe Biden would actually take over as president of the United States," Bevins observes. "But the continent is not about to act as if the past four years didn't happen. The European Union is seeking to be less dependent on, and less deferential to, Washington than it has ever been before. The idea that Europe should pursue a fundamental shift in transatlantic relations predates Trump, but his administration — by attacking allies, tearing up agreements, and threatening democracy itself — helped convince many more Europeans that it is a good one."

Former President Donald Trump was overtly hostile to the North Atlantic Treaty Organization during his four years in office, whereas Biden campaigned on saving and strengthening NATO. But according to Bevins, "Europe now sees the United States as a relatively unreliable friend and a diminished power and therefore, wants to create some distance and set its own geopolitical priorities."

No matter what Biden does, everyone knows that someone else could come along in four years and throw it in the tras… https://t.co/PvrJ9wnEYq
— Vincent Bevins (@Vincent Bevins)1612459276.0

Although Trump repeatedly slammed Biden as a "socialist" during his 2020 presidential campaign, the United Kingdom's right-wing Tory prime minster doesn't see him that way at all. Johnson, on November 11, stressed to members of Parliament that he looked forward to working closely with Biden — saying, "One of the many merits of the excellent conversation that I had yesterday with President-elect Joe Biden was that we were strongly agreed on the need, once again, for the United States and the United Kingdom to stand together, to stick up for our values around the world — to stick up for human rights, to stick up for global free trade, to stick up for NATO…. It was refreshing, I must say, to have that conversation. I look forward to many more."

But while the U.K. is still a part of NATO, it is no longer a part of the EU. And the interests of leaders in Continental Europe, including Macron and Merkel, can differ from the United Kingdom's interests.

Bevins notes what some generally pro-U.S. voices in Continental Europe have had to say. Zaki Laïdi, a French political scientist, has pointed out that the U.S. went from comprising almost half of global GDP after World War II to comprising less than 20% of global GDP now. And Financial Times columnist Janan Ganesh has warned that European leaders came to see the U.S. as unreliable during the Trump era.

Anne Stahl, who addressed U.S./Europe relations in a policy paper for the Jacques Delors Institute in Berlin in December, told Bevins that the storming of the U.S. Capitol Building on Jan. 6 added to the view that the U.S. has become unreliable.

According to Stahl, the Jan. 6 insurrection "showed how fragile democracy can be — not just in the United States, but here as well. And one lesson from that could be, in addition to the fact that the U.S. is divided, that we need to focus more on European solidarity."