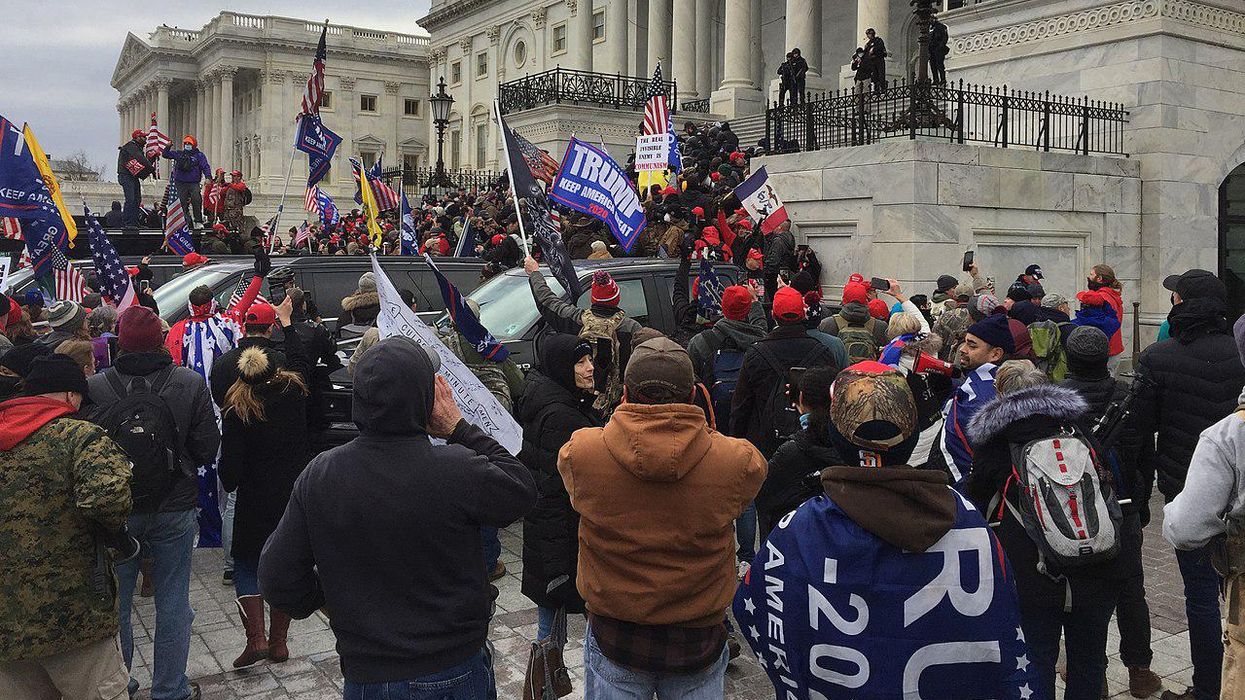 January 6, 2021 is, to borrow the words of President Franklin Delano Roosevelt after the bombing of Pearl Harbor, "a date that will live in infamy." Although the January 6 death count was much lower than the 1941 attack on Pearl Harbor or the 9/11 terrorist attacks, it was a frightening demonstration of the fragility of liberal democracy — and journalist Luke Broadwater, in an article published by the New York Times on February 17, stresses that the assault on the U.S. Capitol Building was especially traumatic for African-American congressional staffers.

On January 6, a mob of violent supporters of then-President Donald Trump — including White nationalists, neo-Nazis, neo-Confederates and supporters of the QAnon conspiracy cult — stormed the Capitol Building in the hope of preventing Congress from certifying the Electoral College victory of now-President Joe Biden. One of the Black staffers who has painful memories of January 6 and was interviewed for Broadwater's article was 23-year-old Jabir McKnight, communications director for Rep. Sheila Jackson Lee of Texas.

McKnight told the Times, "For Black staffers, it's a little bit different, because a lot of these attacks are directed toward our people. We've seen these things happen over and over and over again. I don't think we were blinded that people who are domestic terrorists would say, 'Oh, it's the Capitol, we'll stop there.'"

The overtly racist imagery of the mob, Broadwater notes, was impossible to miss. And to make matters worse for Black congressional staffers, there were fears that some of the far-right pro-QAnon Republicans in Congress were sympathetic to the mob. McKnight told the Times, "It makes the trauma worse, because as you're walking around, you don't know who could have been involved with what."

Remmington Belford, 30-year-old communications director for Rep. Yvette D. Clarke of New York, told the Times, "This was the ugliest display of racism that I've seen ever — and I'm from the South. There's a specific demographic of people that you know conduct themselves that way, and you find your way away from them. Those people came to Capitol Hill. The people who believe in supremacy due to genetics were on Capitol Hill, and they were armed — and they were incensed."

Mike McQuerry, the 50-year-old communications director for Plaskett — who was among the Democratic impeachment managers in Trump's second impeachment trial — told the Times, "I never thought I'd see the Confederate flag walked through the halls of Congress. As much as we think we've had progress, we haven't progressed that much."