‘Some old game-show host’: Trump gets mocked after his unhinged attack on Mitch McConnell 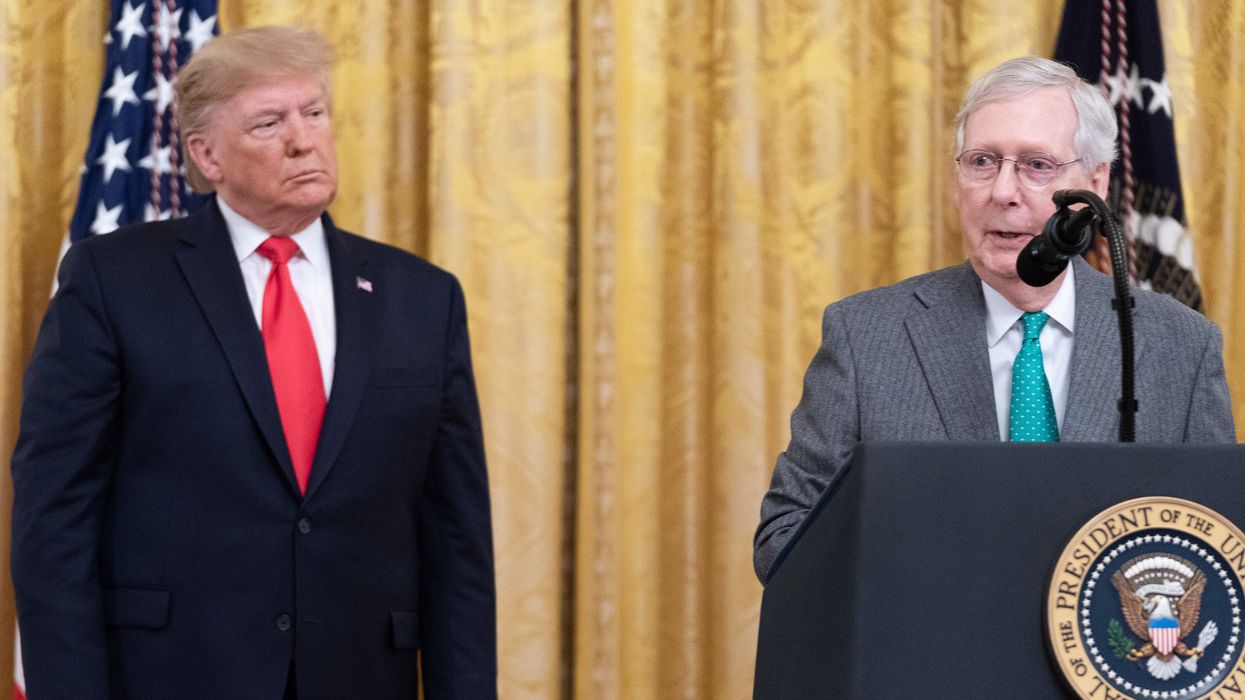 Failed and disgraced former president Donald Trump issued a scathing statement attacking Senate Minority Leader Mitch McConnell Tuesday evening, a clear attempt to further split the GOP while advertising his new PAC, which he has started up with over $30 million from his fraudulent post-election emails.

NCRM will not publish the statement based on its false claims and lack of newsworthy value.

The New York Times' Maggie Haberman reports "Trump's initial draft of his McConnell statement was nastier, per two people close to him, and it was delivered in lieu of the press conference he had thought about doing today."

"Oddly enough," noted attorney George Conway tweeted, "from reading this, you'd never know that Donald Trump lost re-election by 7,060,401 popular votes and 74 electoral votes, caused his party to lose both houses of Congress, was impeached twice, and is being criminally investigated in two states."

In response was this exchange:

Former Obama NSC spokesperson Tommy Vietor noted that "McConnell could've drastically reduced Trump's political power by whipping votes to impeach and bar him from future public office. Instead, he tried to have it both ways and will have to endure Trump's wrath without reducing his influence on the party."

"As a friend just pointed out, this latest Trump statement on Mitch McConnell is as if he's saved every tweet in the notes section of his phone and put it all out in a statement."