These are the biggest legal dangers Trump faces 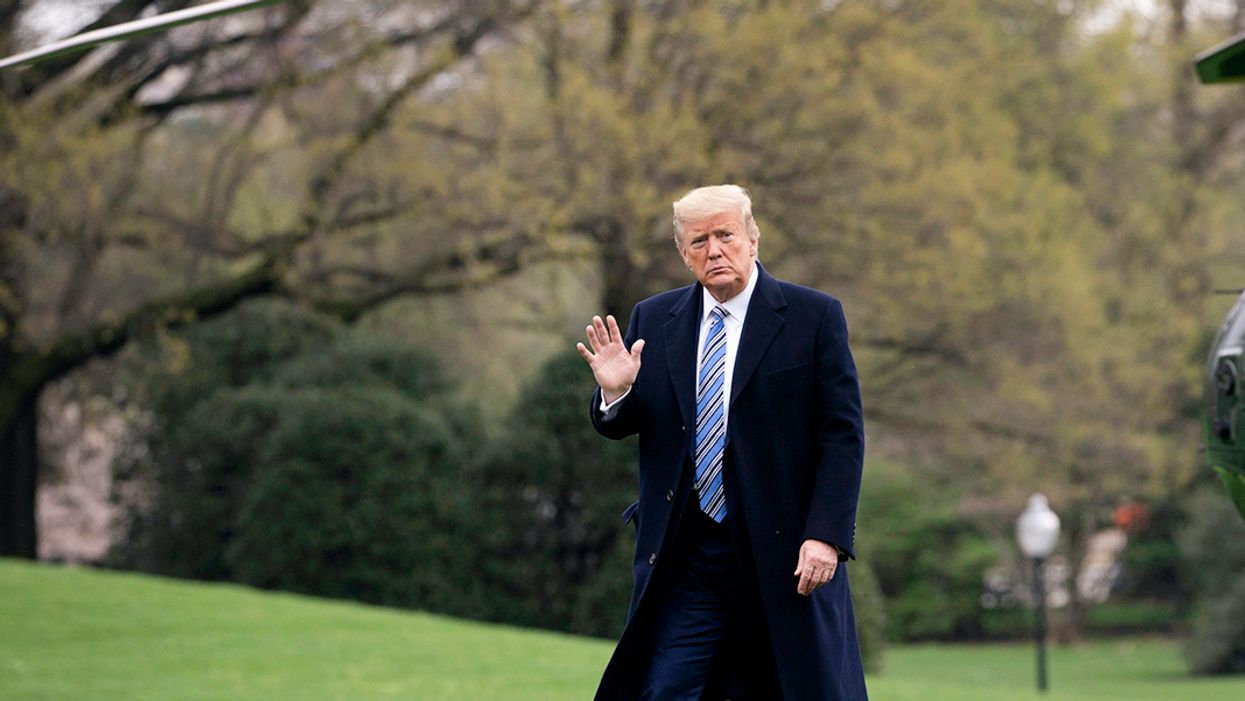 Although former President Donald Trump's acquittal during his second impeachment trial was frustrating to his critics, it wasn't surprising. Pundits had spent weeks predicting that most Republicans in the U.S. Senate would be too fearful of Trump's MAGA devotees to vote "guilty." But that acquittal doesn't mean that Trump will be immune to criminal investigations, and the legal exposure he could face is the subject of two intriguing opinion pieces this week: one by liberal New York Times columnist Michelle Goldberg, the other for CNN's website.

In their op-ed, Whitman, Eisen and Lydgate explain: "Some are greeting the outcome of the impeachment trial with dismay, and as three people who have spent the last four years fighting Trumpism in courts of law and in the court of public opinion, we might be expected to be among them. But far from it, we see the trial as a positive first step in what we predict will be a far-reaching campaign to secure criminal, civil and regulatory accountability against Trump and his enablers for their undeniable misconduct over the last four years."

Whitman, Eisen and Lydgate go on to explain what "accountability" could look like in the months ahead. For example, an investigation by Fulton County DA Fani Willis in Georgia. Willis, they note, "has announced her intent to investigate the ex-president and his shocking call to the Georgia Secretary of State Brad Raffensperger on Jan. 2. The call may well violate state law, including a statute prohibiting the solicitation of election fraud."

In addition, they continue, "Other jurisdictions might also have criminal cases against Trump for his post-Election Day misconduct, including his alleged incitement of insurrection. Prosecutors have already charged hundreds of people involved in the insurrection with federal crimes, including conspiracy, and we know the insurrectionists came from many states and planned in advance. If Trump was a part of any conspiracy, he could face criminal or civil liability in multiple places…. In addition, there may well be civil action on behalf of those who were killed and injured during the events of Jan. 6 — among them, the Capitol Police officers and other law enforcement."

The fact that both Goldberg and Whitman are demanding "accountability" for Trump is not insignificant. Goldberg is decidedly liberal, while Whitman — although not a far-right culture warrior — is a Republican who leans conservative on economic issues. And both of them see possible legal problems in Trump's future.

Goldberg, who often appears as a pundit on MSNBC, writes, "In addition to the investigations of Trump's business practices in New York, prosecutors in Georgia have opened a criminal investigation into his attempts to subvert the election there. Washington's attorney general is reportedly considering charging Trump with violating a District of Columbia law against provoking violence. Joe Biden's Justice Department could look into the countless federal crimes Trump appeared to commit in office."

Goldberg is no fan of Senate Minority Leader Mitch McConnell, who voted "not guilty" in Trump's second impeachment trial. But the Times columnist stresses that when McConnell explained his reasons for that vote, his comments were hardly ideal for Trump.

"There's no question that President Trump is practically and morally responsible for provoking the events of the da… https://t.co/SfzFPHJvl8
— Michelle Goldberg (@Michelle Goldberg) 1613250704.0

McConnell made a procedural argument for his "not guilty" vote, saying that he did not believe it was constitutional to hold an impeachment trial for someone who was no longer president. However, the Kentucky Republican vehemently lambasted Trump for his role in the Jan. 6 insurrection.

"With his split-the-baby solution to Trump's manifest guilt, McConnell seemed to be trying to stay on the right side of his caucus while calming corporate donors who've cut off politicians who supported the insurrectionists," Goldberg observes. "But — and here's the important part — McConnell signaled openness to Trump's prosecution in other forums."

The Senate minority leader said of Trump, "He didn't get away with anything yet — yet. We have a criminal justice system in this country. We have civil litigation. And former presidents are not immune from being accountable by either one."

According to Goldberg, "Should Trump actually face legal jeopardy, plenty of Republicans will still howl about a witch hunt. McConnell might even join them. But his words can't easily be taken back."