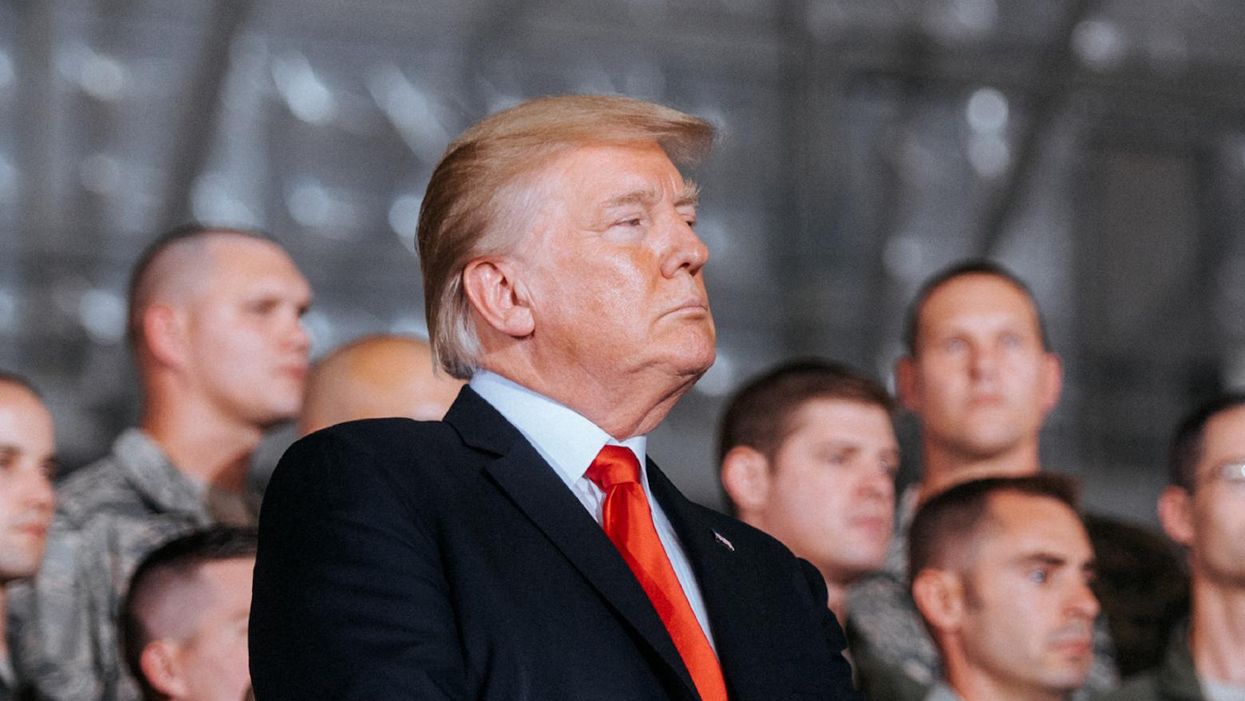 JOINT BASE ANDREWS, Md. - President Donald Trump stands with Airman as he prepares to address armed forces members at Joint Base Andrews, Md., Sept. 15, 2017. During his speech, Trump reflected on the air and space power he witnessed and the Airmen who are essential to our nation's success. The day also marked the president's first official visit to JBA, which consisted of highlights of the Air Force's advanced capabilities to gain and maintain air superiority. (U.S. Air Force photo by Senior Airman Delano Scott)
Brad Reed
and
Raw Story
February 01, 2021

Former President Donald Trump's original team of impeachment lawyers all resigned over the weekend because they reportedly wouldn't go along with Trump's demands to argue before the Senate that the 2020 election was "stolen."

During a CNN panel discussion on Monday, political analyst Rachel Bade argued that Trump is risking having more Republican senators vote to convict him if he really goes forward with his plan to argue that President Joe Biden fraudulently stole the election from him.

"The argument that Trump wants these lawyers to make, that the election was stolen, pointing to these allegations of voter fraud that have been tossed by Republican-appointed court officials, that's a lot more damaging," she said. "The arguments that the attorneys could be making, if they follow Trump's orders, could be very damaging in terms of convincing people."

Host John Berman expressed astonishment that Trump really wanted his lawyers to do this.

Trump was impeached in the House of Representatives last month on the charge of inciting an insurrection at the United States Capitol building on January 6th, when his supporters started a riot that resulted in the deaths of five people.