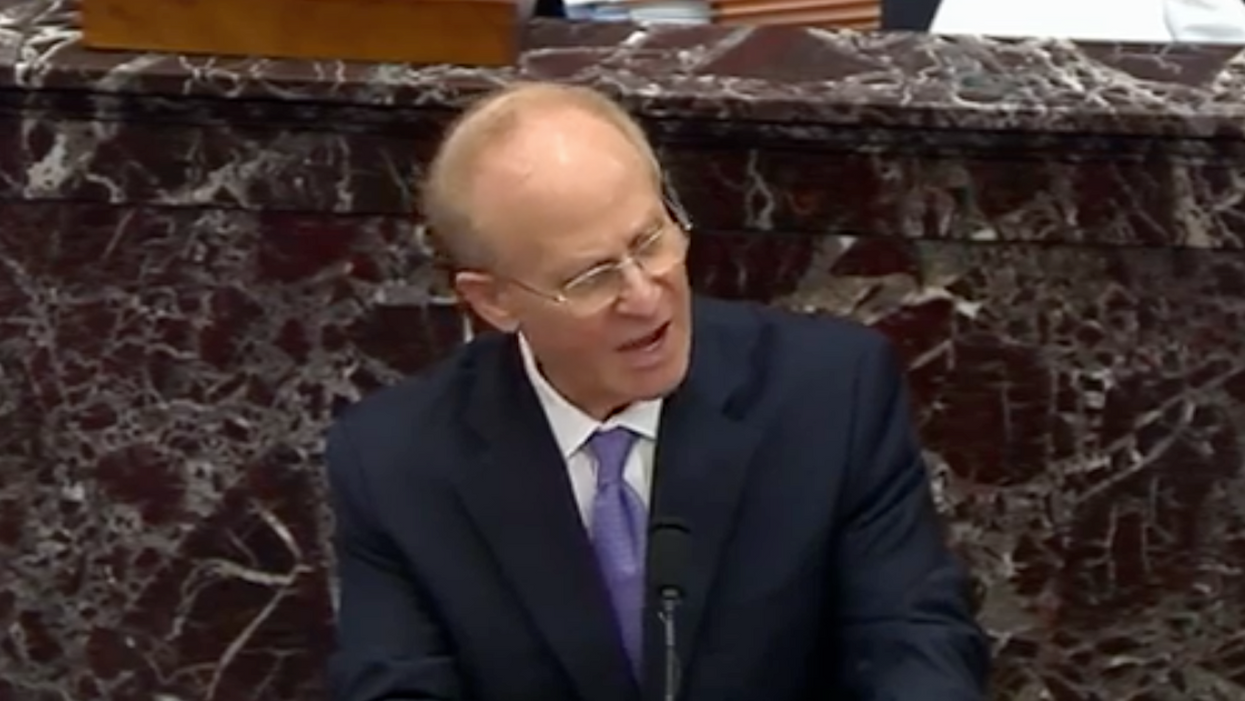 One of Donald Trump's defense lawyers briefly quit the team on the Thursday night, the third night of the Senate trial.

"Finally, with help from an ally, Senator Lindsey Graham of South Carolina, Mr. Trump's advisers announced that he had hired Butch Bowers, a well-known lawyer with experience representing South Carolina politicians facing crises," The New York Times reported Thursday. "But just over a week before the trial was to begin, Mr. Bowers and the four lawyers connected to him abruptly left, though another lawyer, David I. Schoen, who was expected from the beginning to be part of the team, remained on board."

"In another reminder of his ad hoc approach, Mr. Trump asked associates on Thursday night whether it was too late to add or remove lawyers from the team, as Mr. Schoen briefly told the team he was quitting over a debate about how to use the video clips the defense showed on Friday," the newspaper noted. "Mr. Trump called Mr. Schoen and he agreed to rejoin the team, two people briefed on the events said."