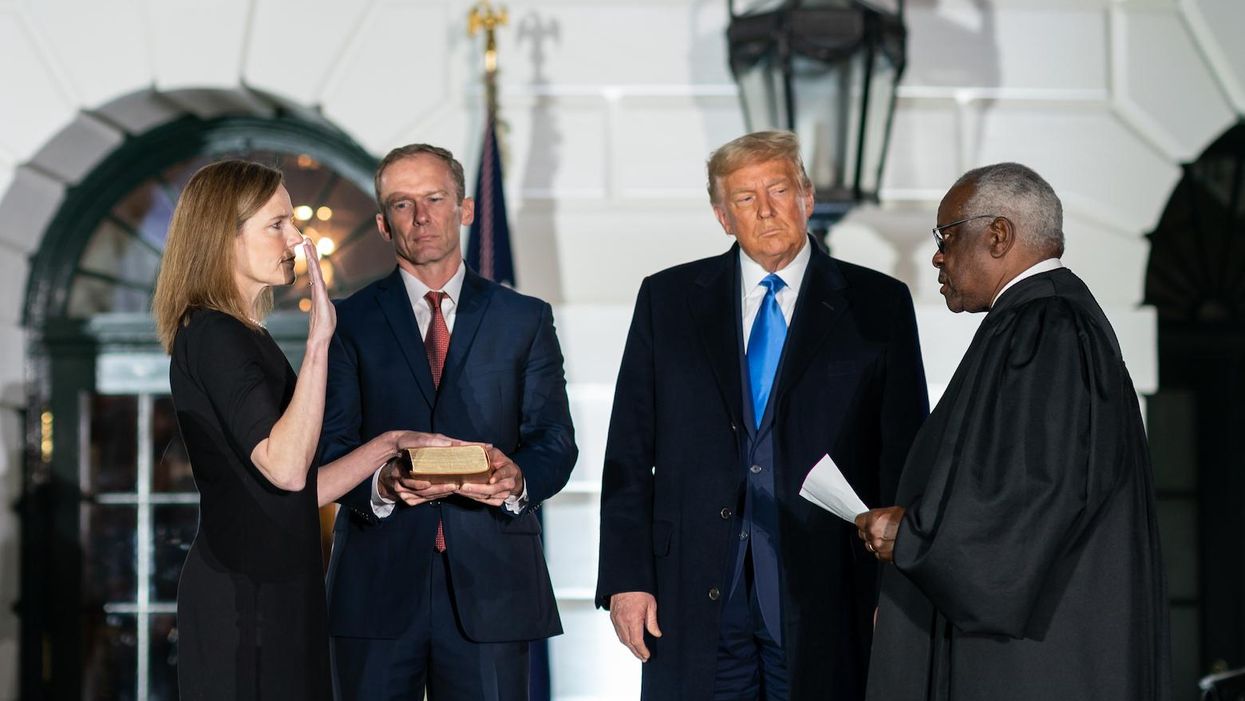 A new editorial published by Politico features constitutional arguments laid out by Jed Handelsman Shugerman, a Fordham University law professor, who explains what the history says about the timing of impeachment. He noted that "the historical record reflects that the original public meaning of impeachment included trying and disqualifying former presidents."

Shugerman also highlighted the constitutional context of Senate powers and how it does not include specific guidelines on any such expiration of the time when those powers can be used, suggesting that there is no specific deadline. He went on to use Rep. Jamie Raskin (D-Md.) remarks made on Tuesday to back his arguments.

At the time, the Democratic lawmaker noted that the founders did not specify an exemption on the month of January for an allowance of "presidential abuse of power."

Even though the Constitution's text does not explicitly address whether the Senate can try a former president, the evidence from English practice, state constitutions, the Constitutional Convention, and the Federalist Papers—all core sources for originalist legal arguments—suggest that its authors fully expected that the Senate would use its power that way. When Rep. Jamie Raskin (D-Md.) argued Tuesday that the Framers created no "January exception" for presidential abuses of power—meaning the president doesn't get a free pass for acts committed just before he leaves office—he was echoing arguments that the framers made (and also the arguments they conspicuously did not make) in their Philadelphia debates as they drafted the Constitution.

When Trump's legal defense team presented their arguments, they aimed to make a clear cut case: "The impeachment clause says 'president,' not 'former president,' end of story." However, Shugerman dives a bit deeper to push back against their case. He credited Hamilton's work in the "Federalist Papers," as he again, pointed to Raskin's arguments which referenced the symbolism behind past impeachments. Raskin noted how all of the English impeachments conducted during the Founders' time was "of a former official."

As Hamilton wrote in the "Federalist Papers," a core source of original meaning, the framers "borrowed" the model from the English. And, as Raskin pointed out, every English impeachment during the lifetimes of the Founders was of a former official. During the convention debates on impeachment, George Mason mentioned the impeachment of Warren Hastings, a former British official in India, which began during the summer of 1787.

Despite what the Consitution says, Senate Republicans voted 44-6 in agreement with Trump's legal defense team's arguments aiming to minimize the legitimacy of Trump's second impeachment. But with 56 votes in favor of the trial, the Senate has essentially settled the question: the proceedings are constitutional.