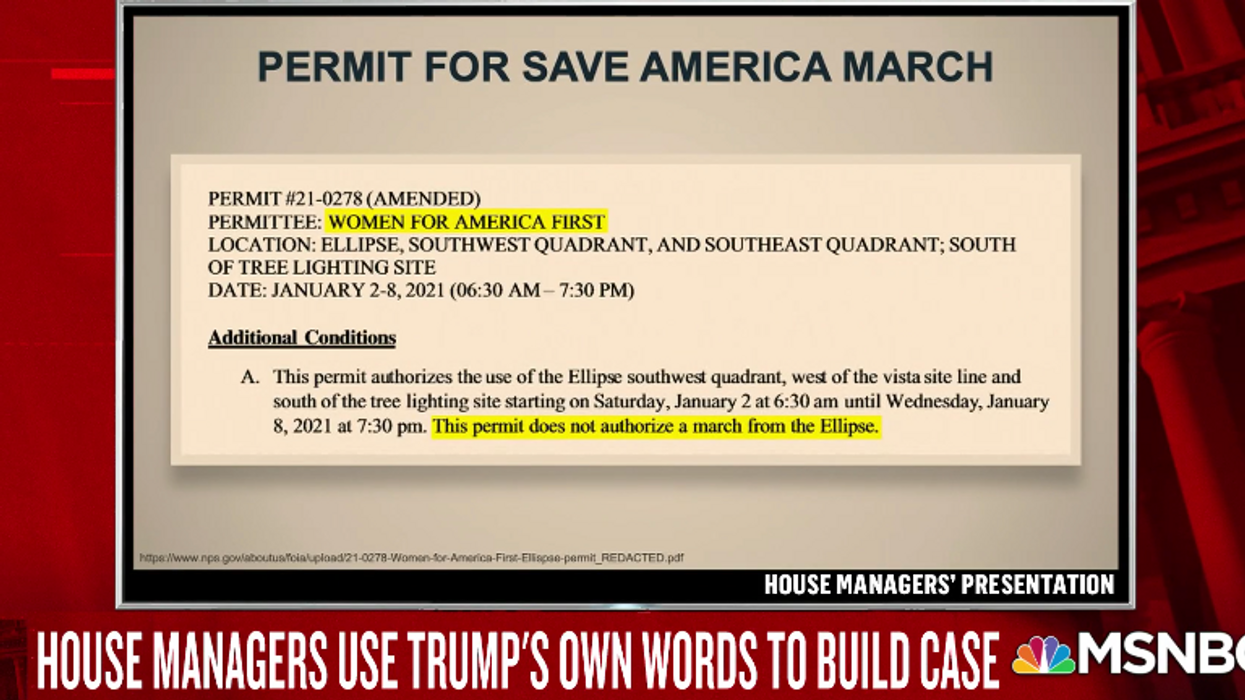 House Impeachment Manager Del. Stacey Plaskett (D) shed light on new details about the lead up to the U.S. Capitol insurrection and the new evidence presented shows the extent of President Donald Trump's involvement in the riot.

On Wednesday, Plaskett laid out the case against Trump as she noted just how involved Trump was in the detailed planning of the "Save America" rally, reports Law & Crime. "President Trump became directly involved with the planning of the event, including the speaking lineup and even the music to be played," Plaskett said.

While Trump has denied that his rally led to the riots at the U.S. Capitol, the Democratic lawmaker also noted that the former president "seemed to have other plans for what was going to happen at the rally." She also revealed how Trump managed to pressure rally organizers to violate prohibitions that bar protesters from marching to the U.S. Capitol from the White House Ellipse.

She noted the march was not permitted until Trump became involved. For Plaskett, that was not a coincidence.

"Women for America First had initially planned the rally-goers to remain in the Ellipse until the counting of the state electoral votes was completed, just like they had remained at Freedom Plaza after the second Million MAGA March," Plaskett said, referring to the Nov. 14th demonstrations that brought thousands to Washington.

She added, "The permit stated in no uncertain terms that the march was not permitted. It was not until after President Trump and his team became involved in the planning that the march from the Ellipse to the Capitol came about—in direct contravention of the original permit. This is not a coincidence."