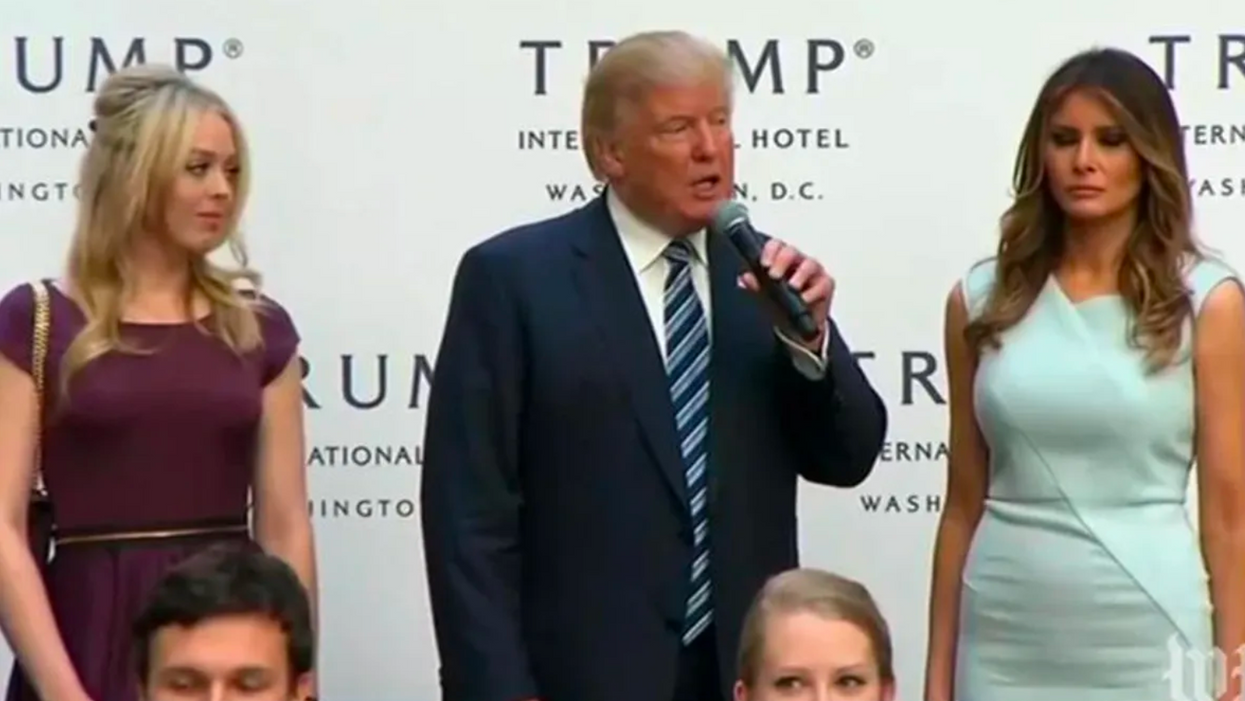 If you had any doubt that the Trump presidency was just an elaborate four-year grift, this story should dispel your quaint Pollyannish notions.

Because their brains are the functional equivalent of an '80s-era Texas Instruments calculator that has not yet learned how to spell "boobs," the world's daffiest fucks (aka Trump's most ardent MAGAs) still think he's going to serve a second term.

That means—duh!—there will have to be a second Trump inauguration.

And because of something called the "sovereign citizens movement," they think that blessed day is coming on March 4 because … ah, who the fuck cares? Explaining the theory would be like faxing y'all the specs for the perpetual-motion taffy-pulling machine/Easy-Bake Oven I invented last night while snorting crushed Apple Jacks in an Ambien/turpentine fugue.

Now, even Trump isn't dumb enough to think he'll be inaugurated on March 4, but that isn't stopping him from profiting—again—off his followers' perduring gormlessness.

QAnon's most dedicated followers still believe that former President Donald Trump, who lost the 2020 presidential election, is yet to be sworn in.

March 4, 2021 is a day they have marked in their diaries, insisting that is the date when Trump will be inaugurated in Washington, DC, and, ultimately, return to power.

Coincidentally, Trump International Hotel in Washington, DC is hiking up the prices of suites around that period. The hotel, just blocks away from the White House, has almost tripled the rates for some rooms on the nights of March 3 and 4, according to Forbes.

And in case you think this merely reflects the organic rate changes that result when the city is bustling, well, think again. Similar hotels in the same vicinity have kept their rates roughly the same.

Oh, and just before the Capitol coup attempt—when MAGAs alighted on D.C. like flies on a shitty president—the Trump International raised its rates through the roof. According to Forbes, the cheapest room available the night of the insurrection was $8,000.

So there you go. Stoking a dangerous insurrection and playing footsie with dangerous loons can be extremely profitable—assuming you have zero shame, anyway.