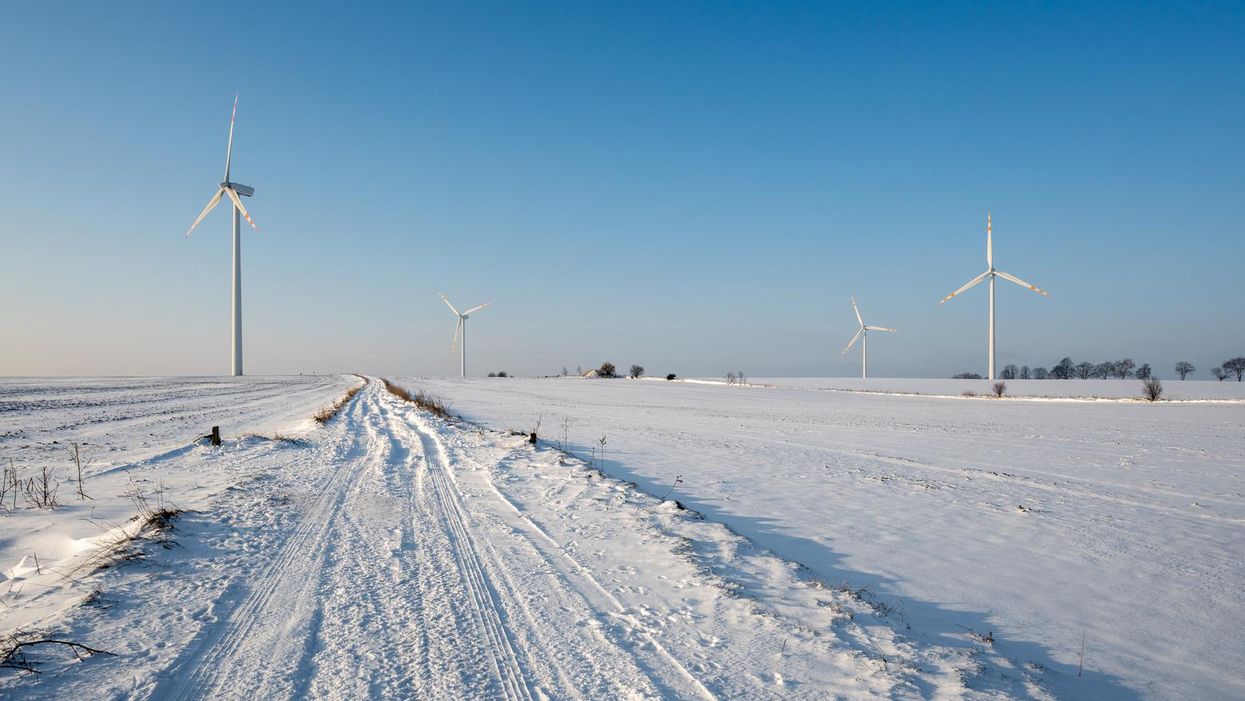 "No, frozen wind turbines aren't the main culprit for Texas' power outages" was first published by The Texas Tribune, a nonprofit, nonpartisan media organization that informs Texans — and engages with them — about public policy, politics, government and statewide issues.

Frozen wind turbines in Texas caused some conservative state politicians to declare Tuesday that the state was relying too much on renewable energy. But in reality, the lost wind power makes up only a fraction of the reduction in power-generating capacity that has brought outages to millions of Texans across the state during a major winter storm.

An official with the Electric Reliability Council of Texas said Tuesday afternoon that 16 gigawatts of renewable energy generation, mostly wind generation, were offline. Nearly double that, 30 gigawatts, had been lost from thermal sources, which includes gas, coal and nuclear energy.

“Texas is a gas state," said Michael Webber, an energy resources professor at the University of Texas at Austin.

While Webber said all of Texas' energy sources share blame for the power crisis, the natural gas industry is most notably producing significantly less power than normal.

“Gas is failing in the most spectacular fashion right now," Webber said.

“It appears that a lot of the generation that has gone offline today has been primarily due to issues on the natural gas system," he said during a Tuesday call with reporters.

Still, some have focused their blame on wind power.

“This is what happens when you force the grid to rely in part on wind as a power source," U.S. Rep. Dan Crenshaw, R-Houston, tweeted Tuesday afternoon. “When weather conditions get bad as they did this week, intermittent renewable energy like wind isn't there when you need it."

He went on to note the shutdown of a nuclear reactor in Bay City because of the cold and finally got to what energy experts say is the biggest culprit, writing, “Low Supply of Natural Gas: ERCOT planned on 67GW from natural gas/coal, but could only get 43GW of it online. We didn't run out of natural gas, but we ran out of the ability to get natural gas. Pipelines in Texas don't use cold insulation —so things were freezing."

Agriculture Commissioner Sid Miller, known for his right-wing Facebook posts that have, in the past, spread misinformation and amplified conspiracy theories, also posted an unvarnished view of wind energy on Facebook: “We should never build another wind turbine in Texas."

In another post, Miller was even more forthright, but also misleading. “Insult added to injury: Those ugly wind turbines out there are among the main reasons we are experiencing electricity blackouts," he wrote. “Isn't that ironic? ... So much for the unsightly and unproductive, energy-robbing Obama Monuments. At least they show us where idiots live."

While wind power skeptics claimed the week's freeze means wind power can't be relied upon, wind turbines — like natural gas plants — can be “winterized," or modified to operate during very low temperatures. Experts say that many of Texas' power generators have not made those investments necessary to prevent disruptions to equipment since the state does not regularly experience extreme winter storms.

It's estimated that of the grid's total winter capacity, about 80% of it, or 67 gigawatts, could be generated by natural gas, coal and some nuclear power. Only 7% of ERCOT's forecasted winter capacity, or 6 gigawatts, was expected to come from various wind power sources across the state.

Production of natural gas in the state has plunged due to the freezing conditions, making it difficult for power plants to get the fuel necessary to run the plants. Natural gas power plants usually don't have very much fuel storage on site, experts said. Instead, the plants rely on the constant flow of natural gas from pipelines that run across the state from areas like the oil and natural gas-producing Permian Basin in West Texas to major demand centers like Houston and Dallas.

Gov. Greg Abbott specified that fossil fuel sources were contributing to the problems with the grid when describing the situation Monday afternoon.

“The ability of some companies that generate the power has been frozen. This includes the natural gas & coal generators," he wrote in a tweet.

Heather Zichal, CEO of the industry group the American Clean Power Association, said opponents of renewable energy were trying to distract from the failures elsewhere in the system and slow the “transition to a clean energy future."

“It is disgraceful to see the longtime antagonists of clean power — who attack it whether it is raining, snowing or the sun is shining — engaging in a politically opportunistic charade, misleading Americans to promote an agenda that has nothing to do with restoring power to Texas communities," she said.

Disclosure: Facebook and University of Texas at Austin have been financial supporters of The Texas Tribune, a nonprofit, nonpartisan news organization that is funded in part by donations from members, foundations and corporate sponsors. Financial supporters play no role in the Tribune's journalism. Find a complete list of them here.

This article originally appeared in The Texas Tribune at https://www.texastribune.org/2021/02/16/texas-wind-turbines-frozen/.