'Simply laughable': How a lie about the Texas energy crisis dominated Fox's coverage 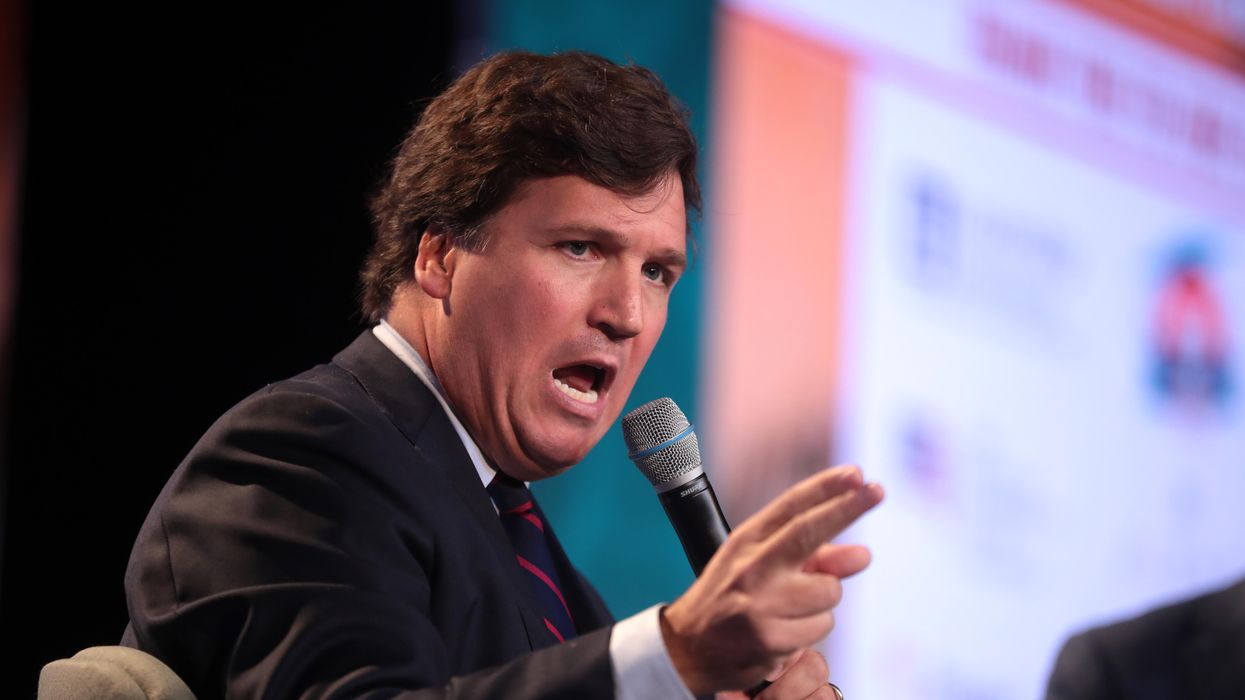 While millions of Texans were coping with freezing temperatures without heat, electricity or running water this week, right-wing media pundits repeatedly claimed that green energy was to blame. And although the lie was debunked, that didn't prevent pundits at Fox News and Fox Business from continuing to repeat it. According to analysis by Media Matters, Fox News and Fox Business, combined, promoted that lie 128 times during a two-day period.

The claim that wind turbines caused widespread blackouts in Texas during the recent cold snap is bogus for a number of reasons. First, only a fraction of Texas' energy system is green energy — the Lone Star State is much more reliant on fossil fuels. Second, Denmark and other countries in Northern Europe that are known for cold, snowy, icy winters use green energy extensively and have no problem keeping warm in January or February. The biggest problem is that none of Texas' energy grid was prepared for the cold weather and surge in demand, including fossil fuels like natural gas. The more Fox News' Tucker Carlson claimed that green energy is much too delicate to handle severe winter weather, the more uninformed he sounded to anyone who lives in Copenhagen and knows that wind turbines and 25F weather can be perfectly compatible.

Media Matters reporter Rob Savillo explains, "As a historic winter snowstorm devastated Texas, personalities and guests on Fox News and its sister network Fox Business went to bat for the fossil fuel industry by falsely blaming frozen wind turbines and green energy policies for statewide power outages a staggering 128 times since Monday evening. Fox has continued its false narrative even after other outlets already debunked the claim that renewable energy sources and green energy policies were solely or primarily the cause of the blackouts."

Savillo notes that on Monday, Carlson said, "It seems pretty clear that a reckless reliance on windmills is the cause of this disaster." And the following day, Pete Hegseth appeared on "Fox and Friends" and said that in Texas, "Wind turbines are frozen solid…. Is this what America would look like under the Green New Deal?" This week, Savillo notes, headlines like "Frozen Wind Turbines Cause Blackouts in Texas" have been common at Fox News.

"Overall, personalities and guests made such claims 104 times on Fox News and 24 times on Fox Business," Savillo reports. "The vast majority of those claims, 75%, came from journalists and pundits affiliated with either network."

Meanwhile, at liberal-leaning MSNBC this week, El Paso Democrat Beto O'Rourke laid out the real reasons why so many Texans have been shivering in freezing temperatures without heat. The former Texas congressman, appearing as a guest on MSNBC's "Morning Joe," explained to hosts Joe Scarborough and Mika Brezinski that Texas' power system in general was not properly winterized. Texas' problems, he stressed, weren't a matter of green energy versus fossil fuels, but rather, a matter of failing to adequately winterize its energy technology.

In Denmark, wind turbines cope with frigid temperatures well because they are properly winterized. Without that winterization, Demark's green energy would not cope well Scandinavian temperatures in January or February.

Savillo argues that when Fox News and Fox Business report on green energy, facts and actual research fall by the wayside.

"The effort by Fox networks to push false claims about frozen wind turbines and green energy policies is just the latest example in a long-running, fossil fuel industry-supported campaign to discredit emerging renewable energy technology and deny overwhelming climate science pointing to the warming of the planet," Savillo explains. "It's also just another attempt by Fox News to blame Democrats for any and every problem in America. Their argument that 'the left,' which has had no state-wide control in Texas in over a decade, and that the Green New Deal — which isn't official policy anywhere, let alone Texas — is to blame for Texas' power problems is simply laughable."