Texas was 'seconds and minutes' away from catastrophic months-long blackouts: officials 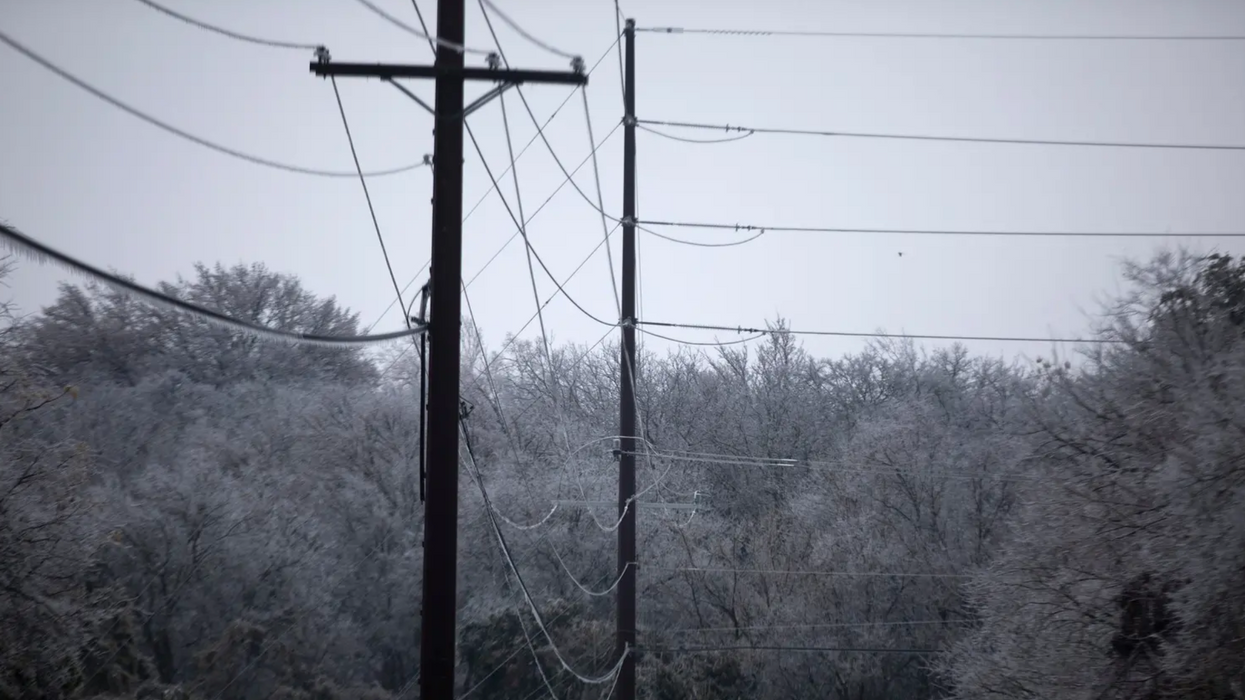 As natural gas fired plants, utility scale wind power and coal plants tripped offline due to the extreme cold brought by the winter storm, the amount of power supplied to the grid to be distributed across the state fell rapidly. Credit: Miguel Gutierrez Jr./The Texas Tribune
Erin Douglas
and
The Texas Tribune
February 18, 2021

"Texas was "seconds and minutes" away from catastrophic monthslong blackouts, officials say" was first published by The Texas Tribune, a nonprofit, nonpartisan media organization that informs Texans — and engages with them — about public policy, politics, government and statewide issues.

Texas' power grid was “seconds and minutes" away from a catastrophic failure that could have left Texans in the dark for months, officials with the entity that operates the grid said Thursday.

As millions of customers throughout the state begin to have power restored after days of massive blackouts, officials with the Electric Reliability Council of Texas, or ERCOT, which operates the power grid that covers most of the state, said Texas was dangerously close to a worst-case scenario: uncontrolled blackouts across the state.

The quick decision that grid operators made in the early hours of Monday morning to begin what was intended to be rolling blackouts — but lasted days for millions of Texans — occurred because operators were seeing warning signs that massive amounts of energy supply was dropping off the grid.

As natural gas fired plants, utility scale wind power and coal plants tripped offline due to the extreme cold brought by the winter storm, the amount of power supplied to the grid to be distributed across the state fell rapidly. At the same time, demand was increasing as consumers and businesses turned up the heat and stayed inside to avoid the weather.

“It needed to be addressed immediately," said Bill Magness, president of ERCOT. “It was seconds and minutes [from possible failure] given the amount of generation that was coming off the system."

Grid operators had to act quickly to cut the amount of power distributed, Magness said, because if they had waited, “then what happens in that next minute might be that three more [power generation] units come offline, and then you're sunk."

Magness said on Wednesday that if operators had not acted in that moment, the state could have suffered blackouts that “could have occurred for months," and left Texas in an “indeterminately long" crisis.

The worst case scenario: Demand for power overwhelms the supply of power generation available on the grid, causing equipment to catch fire, substations to blow and power lines to go down.

If the grid had gone totally offline, the physical damage to power infrastructure from overwhelming the grid can take months to repair, said Bernadette Johnson, senior vice president of power and renewables at Enverus, an oil and gas software and information company headquartered in Austin.

“As chaotic as it was, the whole grid could've been in blackout," she said. “ERCOT is getting a lot of heat, but the fact that it wasn't worse is because of those grid operators."

If that had occurred, even as power generators recovered from the cold, ERCOT would have been unable to quickly reconnect them back to the grid, Johnson said.

Grid operators would have needed to slowly and carefully bring generators and customers back online, all the while taking care to not to cause more damage to the grid. It's a delicate process, Johnson explained, because each part of the puzzle — the generators producing power, the transmission lines that move the power and the customers that use it — must be carefully managed.

“It has to balance constantly," she said. “Once a grid goes down, it's hard to bring it back online. If you bring on too many customers, then you have another outage."

ERCOT officials have repeatedly said that the winter storm that swept the state caught power generators off guard. The storm far exceeded what ERCOT projected in the fall to prepare for winter.

“The operators who took those actions to prevent a catastrophic blackout and much worse damage to our system, that was, I would say, the most difficult decision that had to be made throughout this whole event," Magness said.

Nine grid operators are working at any given time who make these sorts of decisions, said Leslie Sopko, a spokesperson for ERCOT.

“At the end of the day, our operators are highly trained and have the authority to make decisions that protect the reliability of the electric system," she said in a statement.

ERCOT made “significant progress" overnight Wednesday to restore customer power to many Texans, and remaining power outages are likely due to ice storm damage to the distribution system. Some areas that were taken offline will also need to be restored manually, according to ERCOT.

ERCOT warned that emergency conditions remain, and that “some level of rotating outages" may be necessary over the coming days to keep the grid stable.

This article originally appeared in The Texas Tribune at https://www.texastribune.org/2021/02/18/texas-power-outages-ercot/.