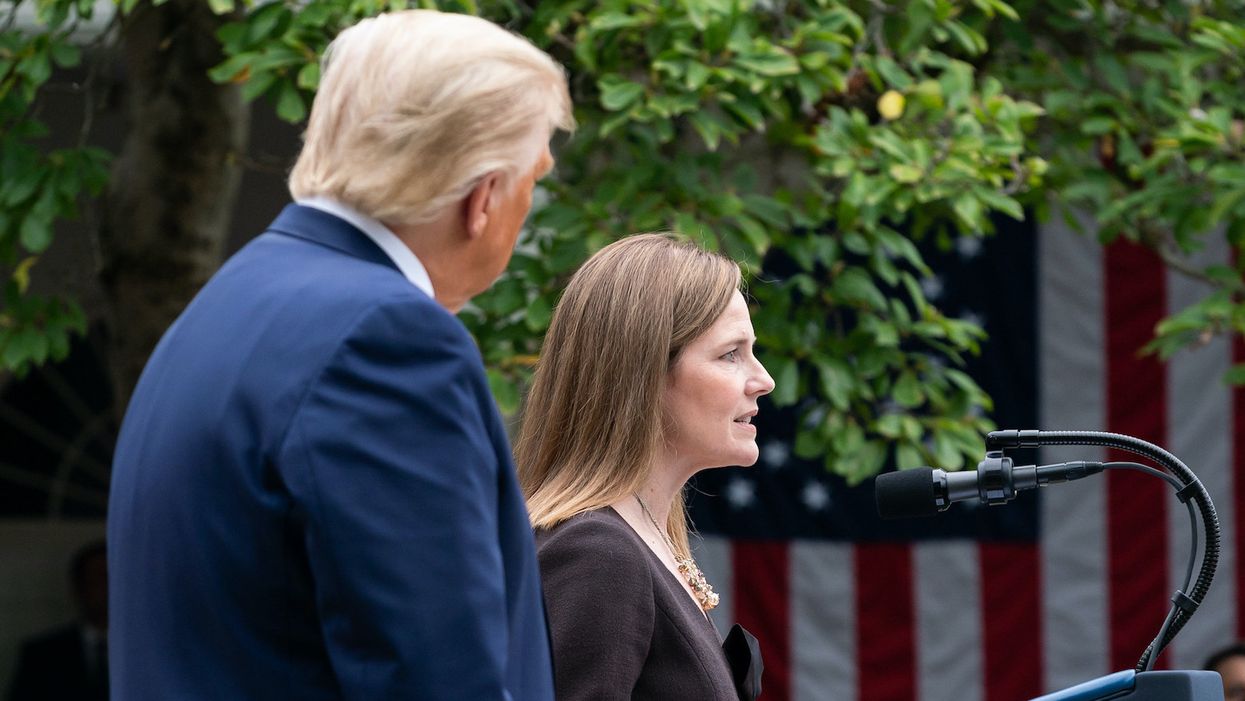 Ever since Justice Amy Coney Barrett replaced the late Justice Ruth Bader Ginsburg on the U.S. Supreme Court in October 2020, her critics have expected her to rule from the far right. But this week, the Donald Trump appointee made a surprising decision when she joined some more liberal and centrist justices in blocking the execution of a Death Row inmate in Alabama.

In Dunn v. Smith, Willie B. Smith III is asking to bring his pastor into the execution chamber when he is killed. Smith was sentenced to death after being found guilty of the 1991 murder, kidnapping and robbery of Sharma Ruth Johnson, and he would have been the first person executed in deeply Republican Alabama in 2021.

Barrett joined Justice Stephen Breyer, Justice Sonia Sotomayor and Justice Elena Kagan in the ruling, while the dissenting opinion was written by Justice Brett Kavanaugh and Chief Justice John Roberts. But Slate's Mark Joseph Stern notes that this was a "shadow docket" decision and that "we do not actually know who cast the fifth vote to halt Smith's execution."

It's a strange feature of these types of decisions — unlike rulings on cases after a full set of oral arguments before the court and delivered at the end of the term — that justices feel they are under no obligation to say how they voted. That means decisions can come down, even in cases of life and death, without letting the public fully know who was responsible for the result.

Kagan, in the majority opinion, wrote, "Alabama acknowledges that Smith's request is based on a religious belief and not some other motivation. So, Alabama's policy must withstand strict scrutiny. And it cannot."

According to Stern, "The decision suggests that Barrett may apply principles of religious liberty more consistently than some of her conservative colleagues, even when doing so leads to a result favored by progressives and opposed by conservatives."

Stern notes that Alabama has "barred all religious counselors from accompanying inmates as they are put to death" and that Smith, in Dunn v. Smith, has attacked that position "under a federal law called the Religious Land Use and Institutionalized Persons Act, or RLUIPA."

"The statute bars prisons from placing a 'substantial burden' on an inmate's 'religious exercise' unless that burden satisfies strict scrutiny," Stern explains. "To meet that standard, the prison's restriction on religion must constitute 'the least restrictive means' of furthering a 'compelling governmental interest' — an 'exceptionally demanding' standard."