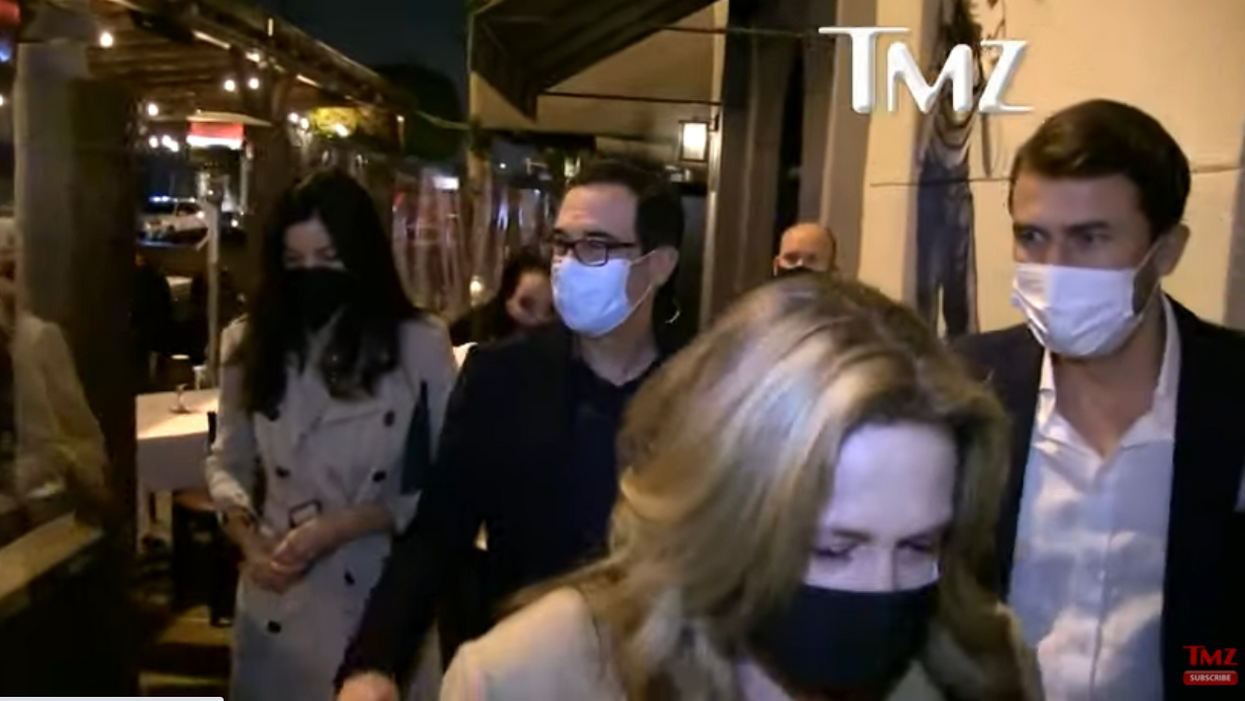 Months ago, former U.S. Treasury Secretary Steven Mnuchin often vocalized his support of former President Donald Trump. But, now with the second impeachment trial underway, Mnuchin is singing a different tune, or rather no tune at all.

When TMZ caught up with Mnuchin on Thursday, Feb. 11, he was asked a number of questions about the U.S. Capitol riots and the aftermath that followed. The reporter asked, "Trump watched the riots on TV with glee, did that upset you at all?" to which Mnuchin had no response.

He was also asked about Sen. Jost Hawley's (R-Mo.) approach to dealing with the unrest that erupted outside of the Capitol. The reporter continued, "Josh Hawley's treating the testimonies as a joke with feet on the desk. Are Republicans turning a blind eye?" -- However, Mnuchin had no response to that either.

Then, came the big question: "Based on the Impeachment Managers' presentation, would you convict?" the reporter asked. Mnuchin offered no response to that either.

The publication also confirmed that Mnuchin heard the questions clearly because he gave a thumbs up when the reporter concluded with a "Thank you."

The latest reports about Mnuchin's siting come as many Republican lawmakers face challenges regarding how they should vote in the impeachment trial. While an alarming number of Republican lawmakers still supportive of Trump, some have pushed back against the former president to stand by the oath they took to uphold the Consitution, a decision that has led to intraparty backlash and consequences.