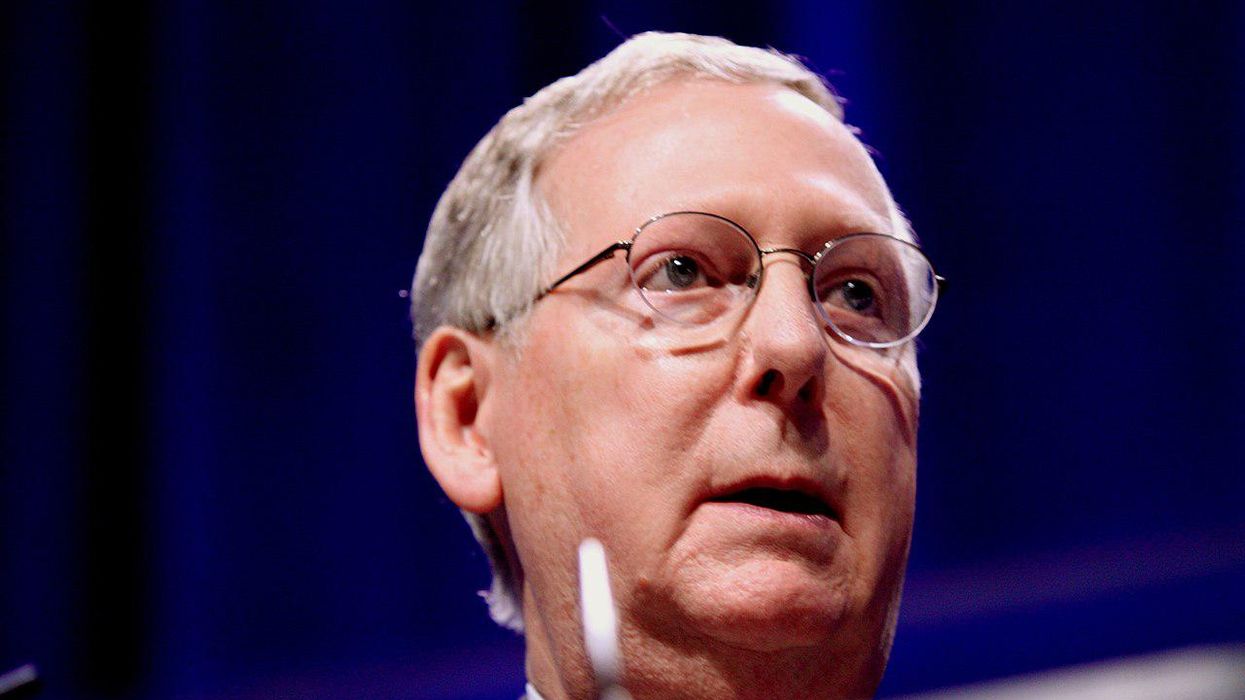 Donald Trump left the White House over a month ago, and President Joe Biden has made it abundantly clear that he is sick to death of talking about the former president. Some Republicans feel the same way: Sen. Mitt Romney of Utah, Rep. Liz Cheney of Wyoming and Sen. Ben Sasse of Nebraska are among the conservatives who would love to see their party move on from Trumpism. But journalists Daniel Strauss and Tom McCarthy, in an article published by The Guardian on February 22, emphasize that at the state level, many Republicans are doubling down on Trumpism and declaring war on anyone in the GOP who refuses to bow down to Dear Leader.

"Republican state parties have been lashing out at elected officials of their own party in a sign of ongoing fealty to Donald Trump," Strauss and McCarthy explain. "The moves by state party officials are highly unusual and an indication of the heated internal battles the Republican Party is facing in the months and years to come as it struggles with the legacy of its capture by Trump, his allies and his loyal supporters."

The Guardian reporters point out that the minority of Republicans in Congress who favored Trump's second impeachment — either House Republicans who voted to impeach Trump for "incitement to insurrection" or Senate Republicans who voted "guilty" during his impeachment trial in the U.S. Senate — are feeling the wrath of Republicans in their states. GOP senators who have faced censure at the state and/or county level include Sasse, Sen. Bill Cassidy of Louisiana, Sen. Pat Toomey of Pennsylvania, Sen. Richard Burr of North Carolina, Sen. Susan Collins of Maine and Sen. Lisa Murkowski of Alaska. And House Republicans who are facing censure in their states include Cheney and Rep. Adam Kinzinger of Illinois.

"It's not just senators or representatives who voted to impeach Trump who are in the crosshairs of state parties," Strauss and McCarthy observe. "In Arizona, the Republican Party has censured the former Sen. Jeff Flake, Gov. Doug Ducey and Cindy McCain, the widow of the late Sen. John McCain. The argument was that they were all unfairly antagonistic to Trump…. These state parties, in other words, have increasingly transformed from groups that are umbrella organizations for all shades of Republicans, to cells for Trump even as he is out of office."

Senate Minority Leader Mitch McConnell, however, has voiced his displeasure with making total loyalty to Trump a litmus test. McConnell made a procedural argument when he voted "not guilty" during Trump's second impeachment trial, claiming it was unconstitutional to have an impeachment trial for someone who was no longer president. But that vote was following by a scathing condemnation of Trump's actions on January 6, when a violent mob of pro-Trump insurrectionists attacked the U.S. Capitol Building in the hope of preventing Congress from certifying Biden's Electoral College victory.

"Recently, Mitch McConnell of Kentucky, the top Republican in the Senate, suggested he would get involved in primary battles where pro-Trump candidates may have a strong chance of winning the Republican nomination but then go on to lose the general election," Strauss and McCarthy note. "That spurred Trump to issue a blistering statement lashing out at McConnell. In turn, veteran Republicans worry that the feuding could further trip up Republicans and deepen the divides within the party."