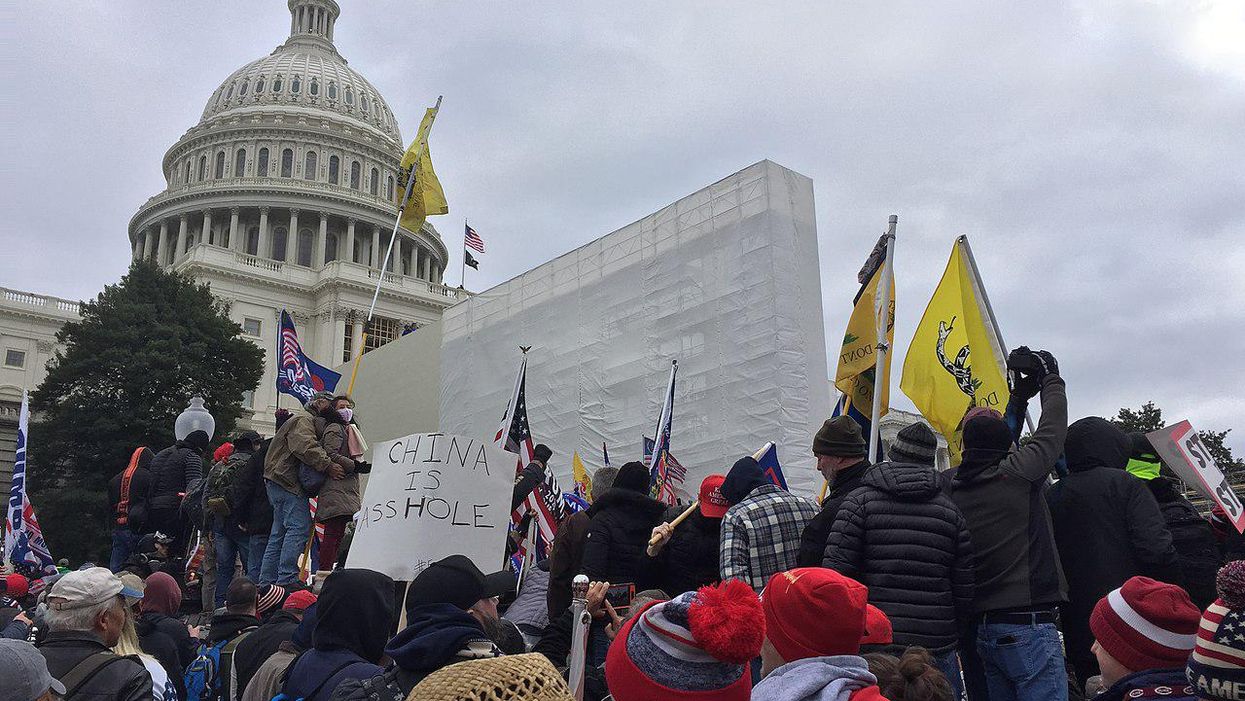 Hundreds of congressional aides have signed on in support of an open letter urging the Senate to hold former President Donald Trump accountable for his actions that influenced the deadly insurrection on Capitol Hill, according to The New York Times.

In the letter obtained by the publication, the congressional aides — from more than 100 House offices, 15 offices within the Senate, and 10 different congressional committees — made it clear that "Trump and his political allies, some of whom we pass every day in the hallways at work" were largely responsible for the civil unrest that erupted at the U.S. Capitol on Jan. 6.

The letter, released on Wednesday, also includes detailed reactions from aides who were subjected to the angry, violent mob of Trump support supporters that stormed the federal building.

"We are staff who work for members of the U.S. House of Representatives, where it is our honor and privilege to serve our country and our fellow Americans," aides wrote. "But on January 6th, 2021, our workplace was attacked by a violent mob trying to stop the Electoral College vote count."

While congressional employees acknowledged that they do not have the right to cast votes during Trump's second impeachment trial, they made it clear that they are calling on Senators to adhere to the oath they took to uphold the U.S. Constitution.

"As congressional employees, we don't have a vote on whether to convict Donald J. Trump for his role in inciting the violent attack at the Capitol, but our Senators do. And for our sake, and the sake of the country, we ask that they vote to convict the former president and bar him from ever holding office again."

Last wee, an unnamed staffer familiar with the forthcoming letter shared details about their concerns with CNN.

"No one should have to experience something like this in their place of work," the staffer said at the time, adding, "And I think it's important to tell this part of the story because it's not just members of Congress who come to work at the Capitol every day. And it's not just staffers who work at the Capitol who were traumatized by what happened. And I think that is a piece of it. The trauma is there; the trauma is very real. And anytime that new pieces of information come out, you know, you're kind of re-traumatized."