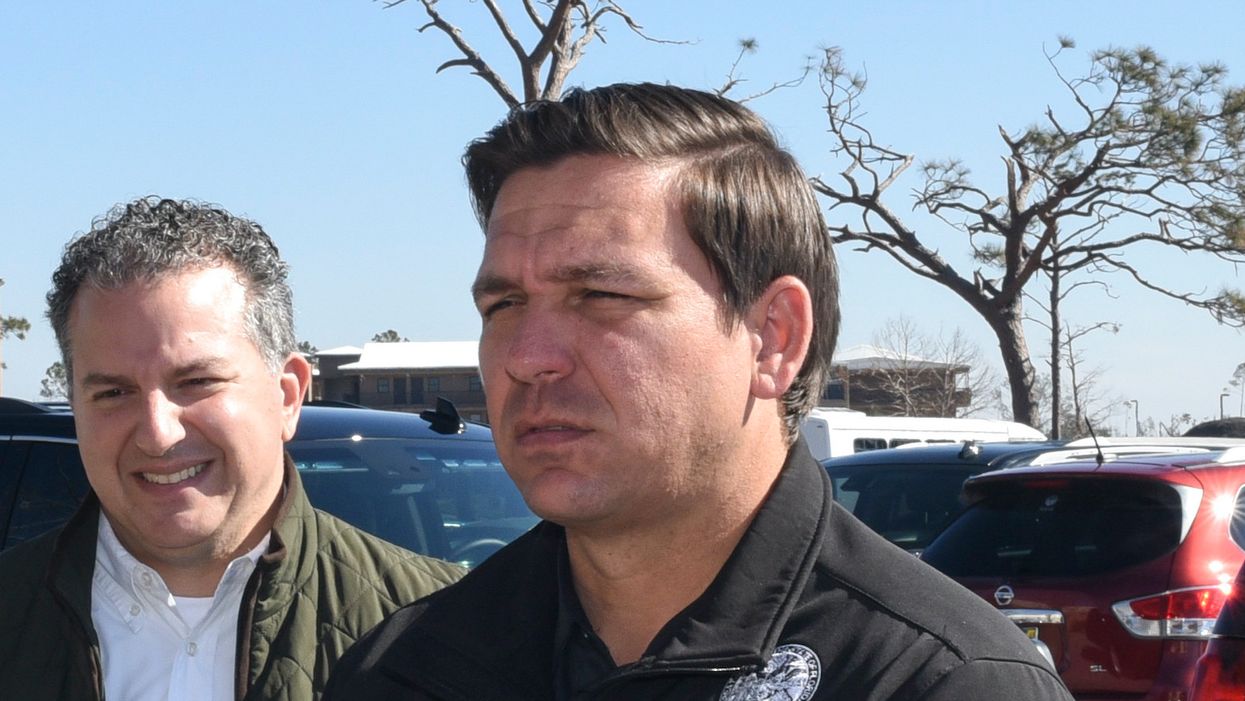 Florida Gov. Ron DeSantis, promoting his decision to reopen public schools for in-person classes, has claimed that the COVID-19 infection rates among Florida schoolchildren are impressively low. But according to WTJV Channel 6, the NBC television affiliate in Miami, DeSantis has neglected to mention how those infection rates actually compare to other states.

NBC 6 reporter Tony Pipitone explains, "This week, the NBC 6 Investigators found, he twice misled the public about how Florida stacks up to other states when it comes to infection rates among school-age children. During comments Monday lambasting Democrats for, he claimed, putting teachers' unions 'ahead of the well-being of our children,' he touted how well Florida protected school children from the virus, compared to other states."

DeSantis bragged, "We've been in-person (learning) as much as anybody in the country. And yet, we're 34th out of 50 states and (Washington) D.C. for COVID-19 cases on a per capita basis for children."

But according to Pipitone, that statement fails to take into account "more than 50,000 children over the age of 14 who contracted the virus."

"By using a statistic for children under 15, he effectively removed high school students from the data he cited twice this week to validate his decision to offer in-person classes to all public schools students," Pipitone notes. "The states DeSantis was comparing Florida to do, in fact, include those older students."

NBC 6, according to Pipitone, analyzed Florida Department of Health and U.S. Census Bureau data and concluded that "when states reporting cases among children under 18 are compared to Florida's rate for the same age group, Florida ranks ninth, not 34th."

Our kids belong in school and Florida's decision to keep schools open was the right thing to do. When compared to o… https://t.co/at9tetpKrP
— Ron DeSantis (@Ron DeSantis) 1613514865.0

Pipitone notes, "To emphasize the point, he attached a graph purporting to show Florida's 'rate of pediatric cases' to those of Ohio, Illinois and California, which has nearly twice the population of Florida. But the rate he assigned to Florida — 3794 cases per 100,000 — excluded anyone over 14. The numbers for Ohio and Illinois included anyone under 20, and California's anyone under 18."