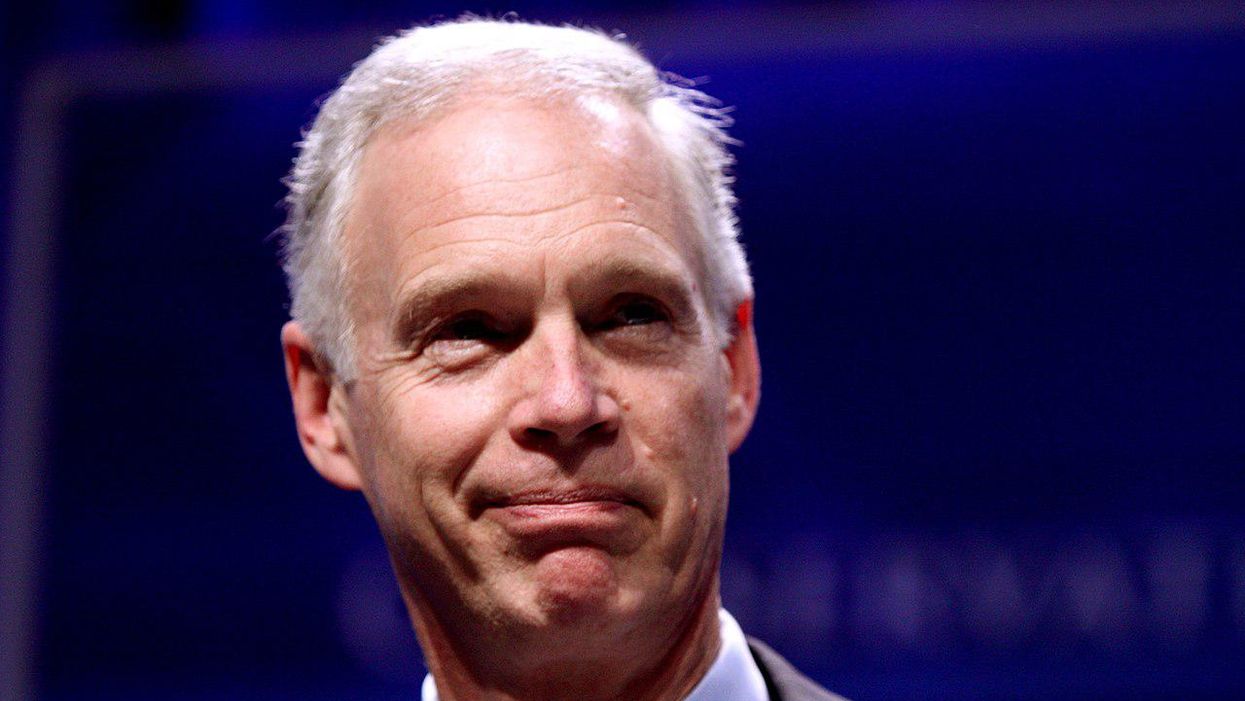 Tuesday, Feb. 9 marked the beginning of former President Donald Trump's second impeachment trial, and impeachment managers will try to convince U.S. senators that Trump incited the violent insurrectionists who stormed the U.S. Capitol Building on January 6 in the hope of preventing Congress from certifying Joe Biden's Electoral College victory. Never Trump conservative Sarah Longwell doesn't need to be convinced of Trump's guilt, but in an article published by The Bulwark on February 9, she stresses that Trump is hardly the only Republican who encouraged the January 6 insurrection.

Longwell notes that according to CBS News, more than 200 people are facing federal charges for their alleged roles in the storming of the U.S. Capitol Building.

"If convicted, many rioters will likely face years in prison," Longwell writes. "But what of the elected officials whose months of lies agitated and radicalized the crowd, even before it was incited to insurrection? Former President Donald Trump will face his second impeachment trial this week for 'incitement of insurrection.'"

Terrific piece by @SarahLongwell25 on accountability for the politicians who incited the mob, with an apt Lincoln e… https://t.co/p80OXIlrAe
— Bill Kristol (@Bill Kristol)1612876984.0

Longwell, who has been active in the anti-Trump conservative group The Lincoln Project and co-founded Republicans for the Rule of Law, notes that a long list of Republicans joined Trump in making debunked, totally false claims that widespread voter fraud occurred in the 2020 presidential election — from Sen. Ted Cruz of Texas to Senate Minority Leader Kevin McCarthy to Rep. Mo Brooks of Alabama. And like Trump, Longwell argues, they did their part to fire up the January 6 insurrectionists.

"Remember: prior to the attack, more than a quarter of Senate Republicans had publicly announced plans to object to certifying the election results," Longwell writes. "Many of them are now trying to retcon these objections as 'just asking questions' and not an attempt to overturn the election itself. But their calls for investigations into voter fraud and irregularities — despite dozens of court losses and then-Attorney General Bill Barr's assurances that there was no evidence of widespread voter fraud — were nothing less than hype-man interjections meant to bolster Trump's claims that he 'won in a landslide' and that the election was being stolen."

Longwell adds that Cruz, Sen. Josh Hawley of Missouri, Sen. Lindsey Graham of South Carolina and Sen. Ron Johnson of Wisconsin were "happy to jump in front of every available television camera to discuss the 'unprecedented allegations of voter fraud,' no matter how discredited those allegations were." And she notes that Rep. Louie Gohmert of Texas suggested that "violence in the streets" was the only way to prevent Biden from becoming president.

"This is just the incomplete record of elected Republicans, which leaves aside Sidney Powell, Mike Flynn, Jenna Ellis, Rudy Giuliani, the RNC, and the entire right-wing media ecosystem," Longwell explains. "So now, while those arrested for the Capitol attack are — rightly — facing hard time, the Republicans and members of Conservatism, Inc. who filled these thugs' heads with poison and pointed them toward the Capitol are 'moving on,' their campaign funds flush with the millions they raised claiming they were going to 'stop the steal.'"

Longwell continues, "There is something deeply, cosmically unfair about a group of elites force-feeding voters a lie about a stolen election, bilking them out of their money, demanding with the most overheated rhetoric that they 'fight' to save the country — and then avoiding all responsibility while those people are hauled off to jail for doing what they'd been asked to do. Look: the people in mobs are supposed to be held accountable for their actions. That's the law. But there's also a whole section of the law which realizes that the creation and instigation of a mob is, itself, a criminal action. And people who do that are supposed to be held to account too."