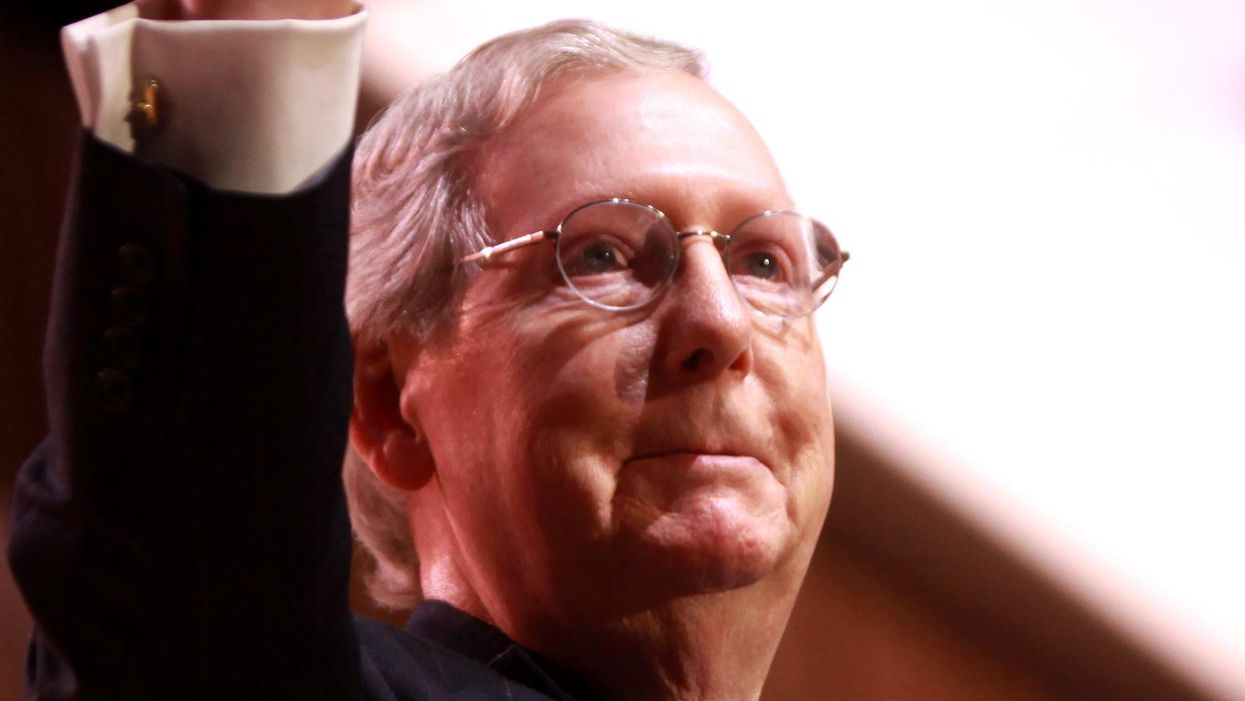 Senate Republicans on Wednesday filed more than 400 amendments to a budget resolution that Democrats must pass in order to move forward with their coronavirus relief package through the reconciliation process, a procedural tool that—while immune to the filibuster—comes with its own hurdles that the GOP is eager to exploit.

Commonly referred to as "vote-a-rama," the marathon amendment process that precedes final approval of a reconciliation resolution—the passage of which will the stage for construction of a coronavirus relief package—has always been used as a messaging vehicle by lawmakers eager to draw out tensions among their rivals on the other side of the aisle.

But Democratic lawmakers and watchdog groups characterized the GOP's amendments this time around as particularly ridiculous and indicative of their unwillingness to take seriously the multifaceted crises facing the country.

"Instead they're going to introduce what they believe are gotcha amendments to try to trip up Dems," Lynn said. "Bipartisanship is a two-way street and this is just so utterly disingenuous."

Sen. James Risch (R-Idaho) on Wednesday put forth a point of order against legislation that would raise the federal minimum wage to $15 an hour by 2025, a popular proposal that Biden endorsed in his opening $1.9 trillion coronavirus relief offer and that progressives hope to include in the final Covid-19 relief package.

Sen. Bill Hagerty (R-Tenn.), for his part, submitted amendments to "ensure that the United States keeps its embassy in Jerusalem," "support Immigration and Customs Enforcement officers," "provide for increasing support for and not defunding law enforcement," "support the position of the United States dollar as the world's leading currency," and more than a dozen others.

In a floor speech Wednesday, Senate Minority Leader Mitch McConnell (R-Ky.) said Republicans will aim to get their Democratic colleagues "on the record about whether taxpayers should fund checks for illegal immigrants, whether Democrats should raise taxes on small businesses in the midst of this historic crisis, and whether generous federal funding should pour into school districts where the unions refuse to let schools open."

"And this is just a small taste," McConnell added.

Sen. Chris Murphy (D-Conn.) warned in response to McConnell's remarks that "Republicans are going to propose amendments they oppose (just to score political points), which tells you why a few of us are a tiny bit skeptical they actually want a bipartisan deal."

Republicans are going to propose amendments they oppose (just to score political points), which tells you why a few… https://t.co/m6pOFq24Cb
— Chris Murphy (@Chris Murphy)1612369854.0

The "vote-a-rama" process is set to begin Thursday afternoon and will likely spill over into the early hours of Friday morning. It is unclear how many amendments will pass or even be considered, given the rules governing budget reconciliation.

As Roll Call explained, "Germaneness rules for the budget resolution could result in many of the GOP amendments being ruled out of order, which would take 60 votes to waive. Therefore, a lot of messaging amendments won't be adopted but could give some Democrats in red-leaning states an opportunity to go on record supporting something their leadership opposes."

"And most of the amendments that end up being filed won't even be considered on the floor during the vote-a-rama, which Budget Chairman Bernie Sanders (I-Vt.) said he expected to start around 2:30 pm on Thursday, Roll Call noted. "But the event is nonetheless shaping up to be an endurance test for an aging Senate."

Speaking to Politico early Thursday, Sen. Brian Schatz (D-Hawaii) lamented the upcoming process and urged his colleagues and members of the public to focus on the end goal—passing a relief package that provides desperately needed aid to countless sick, hungry, jobless, and eviction prone people across the United States.

"We need to remember what this is all about," said Schatz. "This is not about a goofy 10-hour or 12-hour or 15-hour process where we stack amendments and try to set each other up, that we'll somehow trick someone into taking a bad position that can be turned into a campaign advertisement. It is nonsense, and everybody should ignore it if they can. Do anything to not watch vote-a-rama."