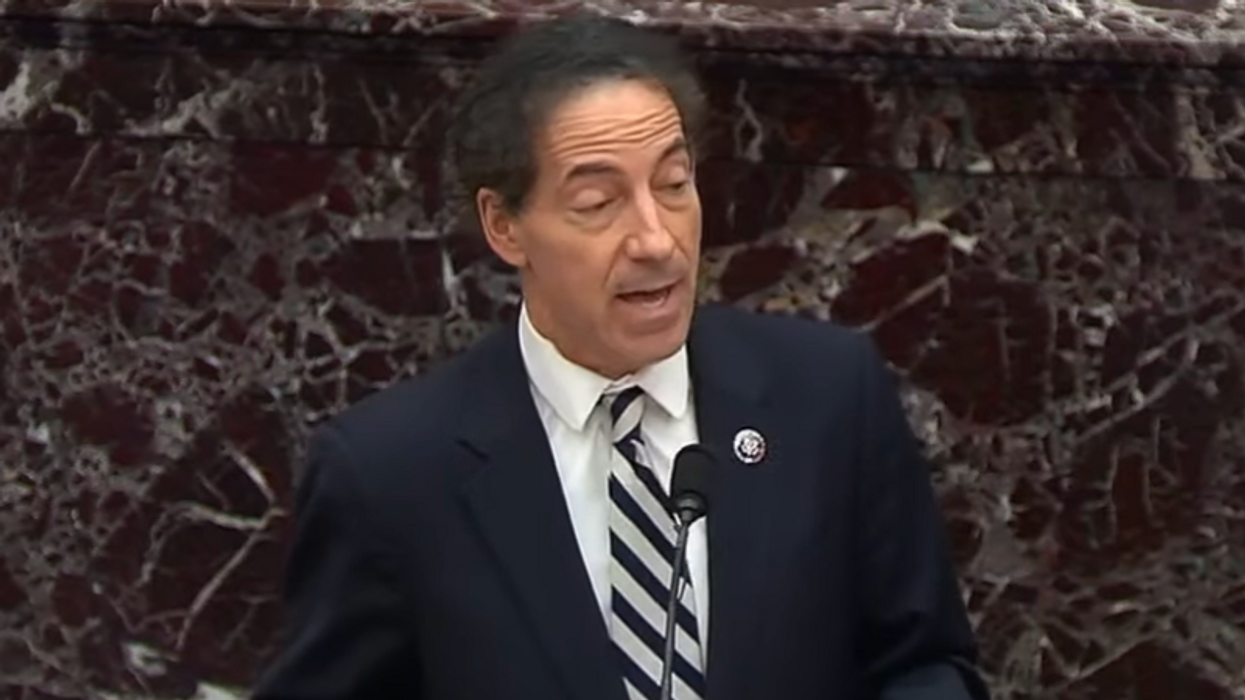 Rep. Jamie Raskin (D-MD) on Thursday gave a lengthy presentation in which he showed that former President Donald Trump's encouragement of violence started long before his speech before the January 6 "Stop the Steal" rally.

During his presentation at the former president's Senate impeachment trial, Raskin linked the Trump-loving rioters who stormed the United States Capitol building to members of armed militias who stormed the Michigan State Capitol last April to protest against the state's pandemic restrictions.

He showed how Trump's followers heeded his call to "LIBERATE MICHGAN" from Gov. Gretchen Whitmer's pandemic restrictions by arming themselves and marching through the State Capitol building two weeks after the former president's initial tweet.

And instead of taking the opportunity to cool the temperature and asking the militias to back off, Trump poured more gasoline on the fire.

"The day after the mob attack in Lansing, Trump told Gov. Whitmer to negotiate with the extremists, tweeting that the governor should just 'give a little' to the violent men who had stormed the capital," he said.

Raskin then showed that Trump described the armed demonstrators as "very good people" and said Whitmer should work with them so they would be less "angry."

"The president says heavily armed extremists carrying Confederate battle flags and pushing past police to overtake the Michigan State House chamber are very good people and just negotiate with them!" Raskin marveled. "It's clear he doesn't think that they're at fault in any way at all."

Eventually, Raskin said, some of these "very good people" would be arrested in a plot to kidnap and possibly execute Whitmer.