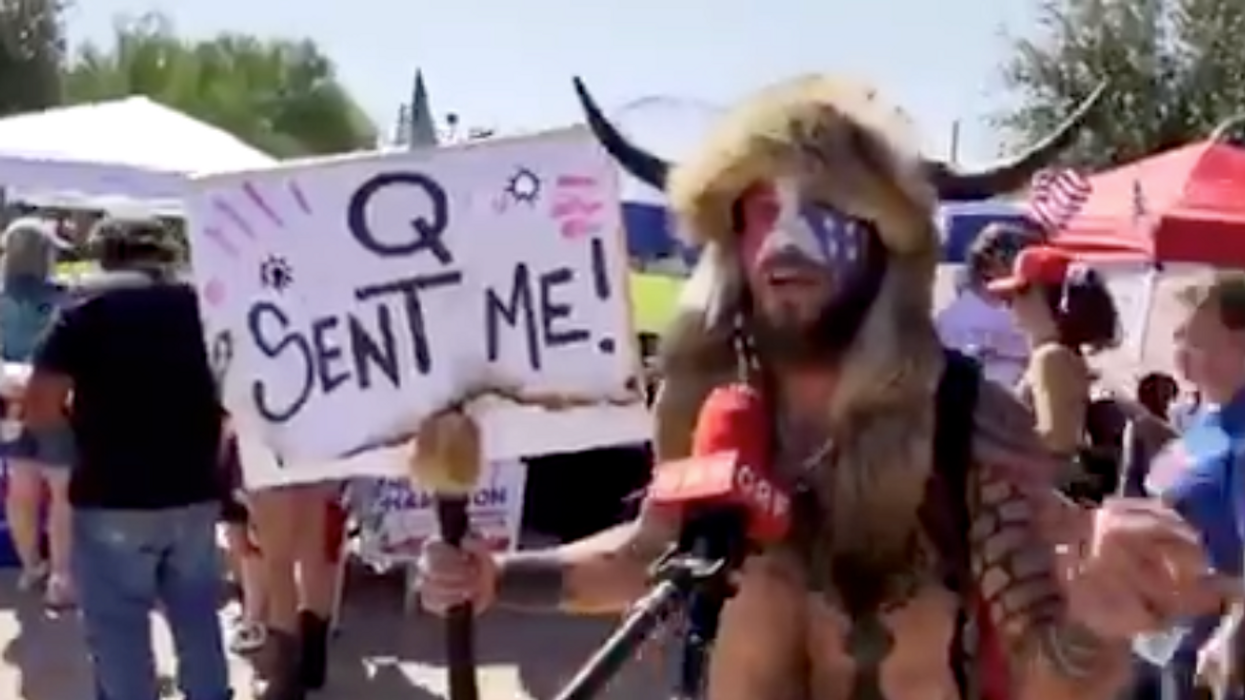 The man widely known as QAnon Shaman has been relocated to another jail so his dietary demands can be met and Twitter users are not pleased about the preferential treatment he is receiving.

According to Politico, on Thursday, Feb. 4, a judge ordered that Jacob Chansley, 33, who also goes by Jake Angeli, was transferred to the Alexandria Detention Center in Virginia after a jail in Washington, D.C. could not fulfill his request for organic food.

U.S. District Court Judge Royce Lamberth argued that his decision was based on the fact that the government is "not entitled to question the legitimacy of a prisoner's religious beliefs as long as they are sincerely held.

He wrote, "Binding Supreme Court precedent forecloses governmental attempts to impeach religious claimants' sincerity by introducing evidence that other followers of the same sect would perceive their religious obligations differently." When the D.C. jail confirmed it was "unable to comply" with the order, Chansley was relocated to the Virginia correctional facility.

The latest developments have sparked outrage on Twitter as users voice their frustrations about Chansley's personalized dietary needs being met. Many have agreed that Chanlsey's treatment is the epitome of white privilege. One Twitter user wrote, "I mean, white supremacy, has never had any shame and delights in lording its privileges. "Jacob Chansley was moved from a D.C. jail to a Virginia detention center in order to receive an organic diet."

Another Twitter user agreed, "Jacob Trumptard Chansley is all the proof you need of white privilege. This terrorist is now using our tax dollars to be served an organic diet in prison. Imagine if a black person asked for that. He should be grateful that he's still alive and is being served 3 meals a day."

Jacob Trumptard Chansley is all the proof you need of white privilege. This terrorist is now using our tax dollars… https://t.co/0Htr3PNy7f
— Rin (@Rin)1612507207.0

QAnon Shamon Jacob Chansley for his own safety and diet should be moved to the Guantanamo Bay facility where we kee… https://t.co/I8GYBQLkL3
— Vladdy Pudding (@Vladdy Pudding)1612524726.0

Chansley is one of more than 160 pro-Trump mobsters charged in connection with the U.S. Capitol riots that erupted on Jan. 6 to hinder the Electoral College certification.