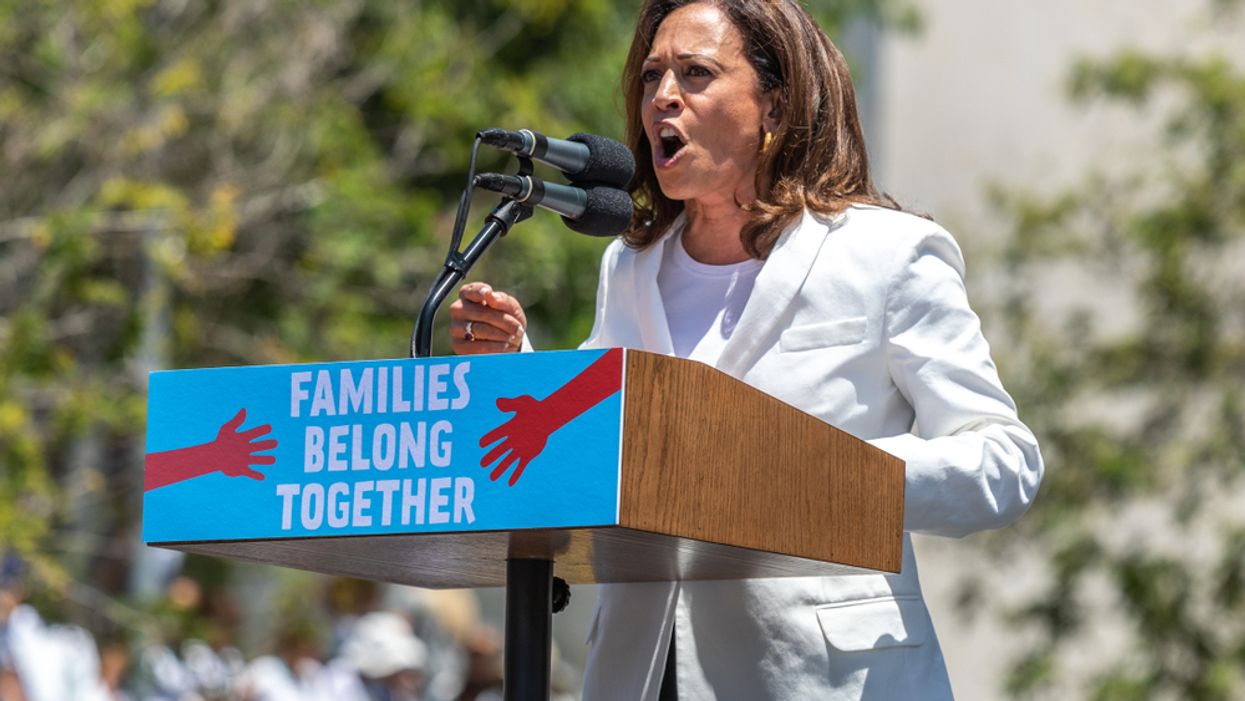 A Politico reporter has expressed deep regret after facing heightened criticism on Twitter for a tweeted insult toward Vice President Kamala Harris.

According to Mediaite, after spending hours on the social network defending himself, Politico reporter Marc Caputo conceded and apologized for the insulting meme. On Friday, Feb. 26, Caputo sparked a heated debate after retweeting a meme from a now-deactivated Twitter account with a post that featured a picture of a stripper and a caption that read, "Kamala Harris on the Senate's $15/hour minimum wage legislation."

Caputo retweeted the post with a caption that read, "Sitting."

Although Caputo has removed the tweet, screenshots continue to circulate on the social network. It also did not take long for Twitter users to fire back at the reporter.

According to the publication, the theme behind the meme centers on "progressive critics' idea that VP Harris can unilaterally decide the fate of the $15 an hour minimum wage provision that will likely be stripped from the Senate version of the Covid relief package on procedural grounds."

Despite the initial tweets firing back at Caputo's post, he initially attempted to defend himself, the publication reports. One Twitter user named Michelle B. Young wrote, "I'm glad you think misogynoir is funny you lowlife." In a now-deleted tweet, Caputo replied, "1) that's not this. 2) who intentionally follows a "low life"?"

In other tweets, Caputo insisted the meme was "funny" as he fired back at critics. "It was funny," Caputo tweeted. "But as I've said before: Twitter is where humor goes to die of abuse and neglect." In another tweet, he wrote, "I RT lots of people and I even reply to people with 10 followers."

Political consultant Julia Zebrak also tweeted, "This is incredibly disrespectful and sexist. If you can't cover women in politics, then find a new beat.

Yet again, Caputo defended himself. "This is a reaction among many of a regular non-political person on Twitter who happens also to be a Kamala Harris fan (below) I would find it hard to call him "sexist" or his tweet that You shouldn't be tweeting false inflammatory statements (repost)."

@JulieZebrak @fake_jaris This is a reaction among many of a regular non-political person on Twitter who happens als… https://t.co/6GNkTHHfg3
— Marc Caputo (@Marc Caputo) 1614368270.0

@DanielleMisiak I think the problem with that take you’re highlighting is it’s ultimately based on this idea that t… https://t.co/GrjWKVSsuj
— Marc Caputo (@Marc Caputo) 1614368943.0

After Twitter users refused to back down, Caputo finally conceded and deleted his tweet saying, "I've un-retweeted an image from a viral meme concerning Kamala Harris. Forwarding that tweet was a lapse in judgment that I regret."

I’ve un-retweeted an image from a viral meme concerning Kamala Harris. Forwarding that tweet was a lapse in judgment that I regret.
— Marc Caputo (@Marc Caputo) 1614383282.0

Although Caputo removed the insulting meme, he reportedly did not remove his tweets defending the meme.