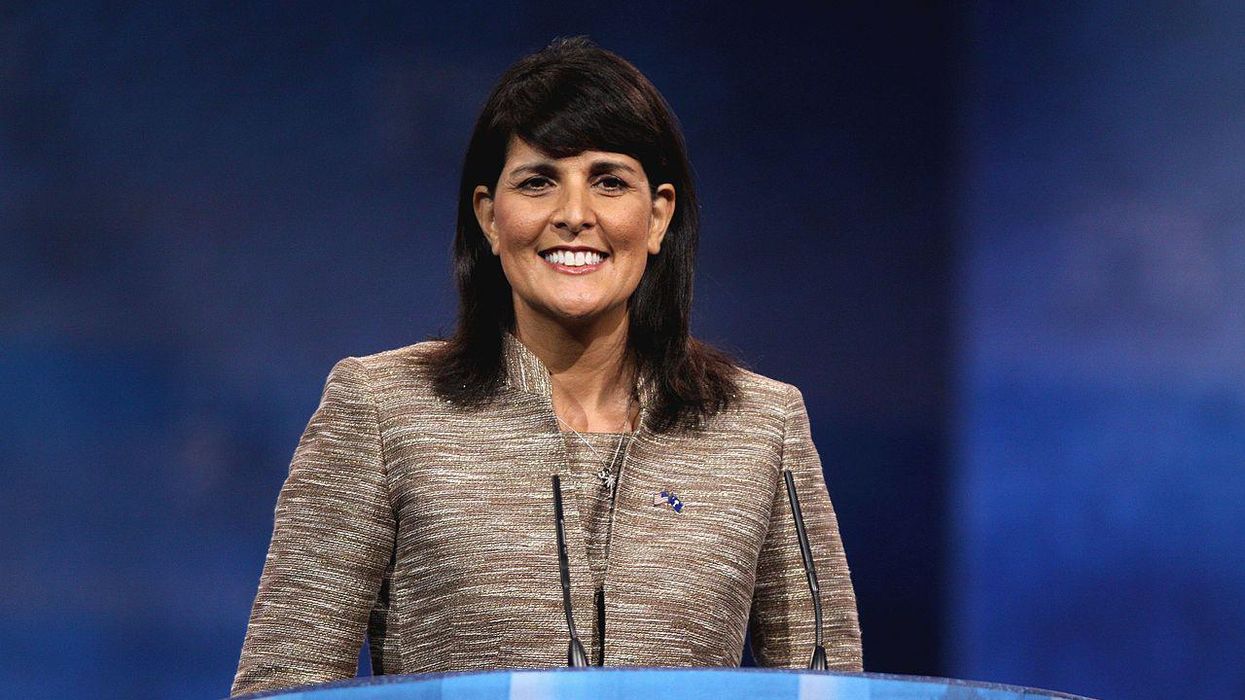 Nikki Haley, former U.S. ambassador to the United Nations and ex-governor of South Carolina, covered a lot of ground during a recent interview with Politico's Tim Alberta — discussing everything from her relationship with former President Donald Trump to the future of the Republican Party. Haley also talked about her encounter with Sen. Ted Cruz during the 2016 GOP presidential primary.

When Haley met Cruz, the far-right Texas senator was still competing with Trump, Sen. Marco Rubio of Florida and others for the nomination — and she was still governor of South Carolina. Alberta, who has been Politico's chief political correspondent but is joining The Atlantic as a staff writer, explains, "In the days after the New Hampshire primary, Haley's team reached out to both the Ted Cruz and Marco Rubio camps. Each candidate was invited to have dinner with the governor and bring their spouse and one staffer."

Alberta continues: "Haley didn't really know Cruz, but he was everything she had expected: awkward, insincere. Over a painfully long dinner, the Texas senator recited line after line from his stump speech. When she asked Cruz, near the end of the dinner, what he would want his legacy to be as president, he responded, 'I want to be remembered as the president who repealed every word of Obamacare.' When the senator left, Haley and her staff burst into laughter."

Alberta adds that although Haley "wasn't acquainted with Rubio either," she hit it off with the Florida senator after they met. In 2016, Trump was by no means Haley's first choice for a Republican presidential nominee — and she decided to support Rubio's campaign. She reportedly hoped that he would receive the GOP presidential nomination instead of Trump. But she had a condition — one that underscored her intense disdain for GOP consultant Terry Sullivan.

Sullivan had represented Rep. Gresham Barrett, who Haley ran against in South Carolina's 2010 GOP gubernatorial primary. And according to Alberta, Sullivan helped orchestrate a very dirty campaign against Haley — who defeated Barrett in that primary and went on to win the general election.

Haley, in 2016, told Rubio, "I will campaign all across South Carolina with you. I will do whatever it takes to help you beat Donald Trump. But I only ask one thing: I never want to be in the same room as Terry Sullivan."

In a separate interview, Sullivan told Politico, ""We had all this bad shit on her — all these fines from the IRS, all these red flags from her accounting work, all these shady payouts she was taking as a consultant while working in the legislature — and we were going to beat her with it during the runoff. But that all went to waste."