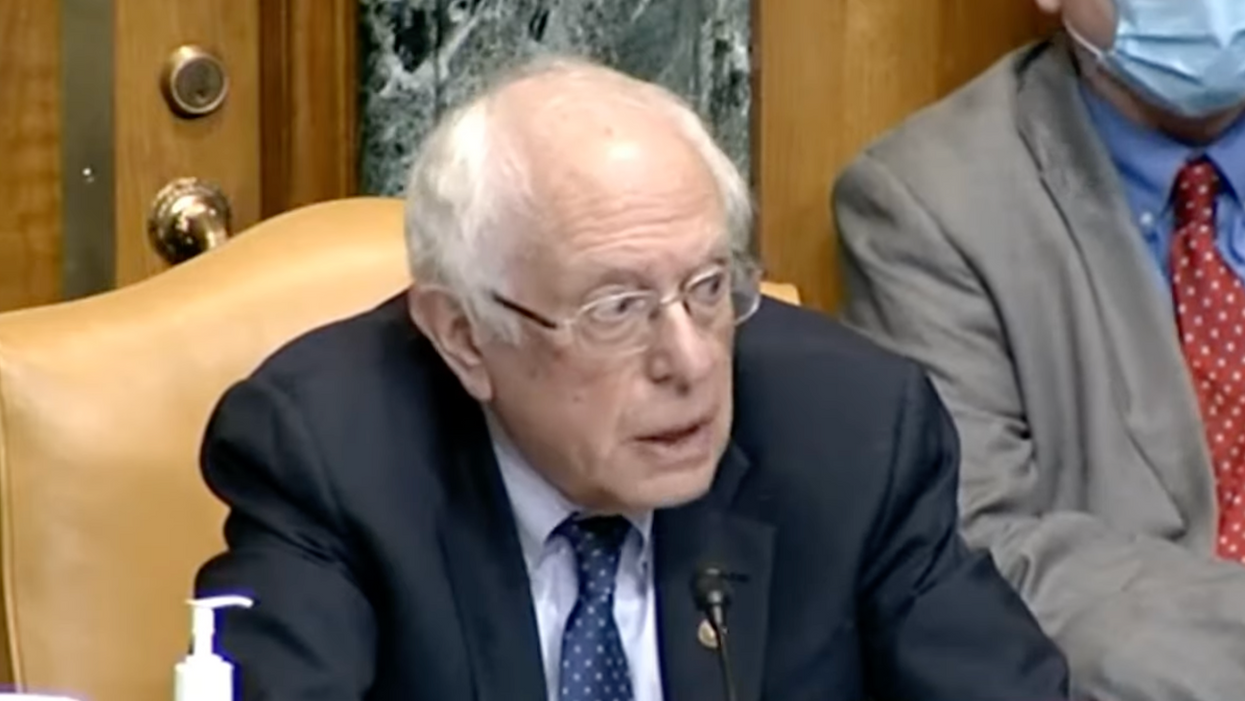 While Republicans have worked to focus a sizeable portion of budget office nominee Neera Tanden's confirmation process on her past tweets condemning GOP lawmakers, Senate Budget Committee chairman Sen. Bernie Sanders on Wednesday was sure to make note of the Center for American Progress president's long history of attacking progressives—including himself and his supporters.

"There were vicious attacks made against progressives, people who I have worked with, me personally," Sanders (I-Vt.) said during Tanden's appearance before the Senate budget panel on Wednesday for the second hearing on her nomination to lead the Office of Management and Budget, a crucial agency particularly during a time of economic calamity.

Sanders did not cite specific examples, but Tanden—a longtime loyalist to former Secretary of State Hillary Clinton—became notorious during the 2016 presidential race for disparaging the Vermont senator, his staff, and the progressive ideas he champions, including raising the federal minimum wage to $15 an hour, a proposal that is now well within the mainstream of the Democratic Party.

Tanden's left-punching became an issue once more during the 2020 Democratic presidential primary after ThinkProgress, CAP's now-defunct news site, published an article and video criticizing then-candidate Sanders' appearance and book income and accusing him of being hypocritical in his denunciations of income inequality.

"Center for American Progress leader Neera Tanden repeatedly calls for unity while simultaneously maligning my staff and supporters and belittling progressive ideas," Sanders wrote in a letter to CAP's board in April of 2019. "This counterproductive negative campaigning needs to stop. The Democratic primary must be a campaign of ideas, not of bad faith smears."

In response to Sanders' questioning Wednesday, Tanden expressed regret for her past rhetoric and "expressions on social media" and vowed that, if confirmed to lead OMB, her approach to personal interactions will be "radically different."

Sanders also used the budget committee hearing to press Tanden on CAP's prolific corporate fundraising during her more than nine years as the Democratic establishment-aligned think tank's president and CEO.

"I happen to believe that big money interests have an undue influence over the economic and political life of our country," Sanders said. "That, too often, campaign contributions are what determine policy rather than needs of ordinary Americans."

The Vermont senator pointed to Washington Post reporting detailing how since 2014, CAP has received millions of dollars in donations from Walmart—which Sanders noted pays its workers starvation-level wages—and other major corporations such as Google, Facebook, JPMorgan Chase, and Wells Fargo.

In an interview with the Post in 2015, Tanden said that "we're proud of our donors" and pointed to the list of contributors on CAP's website, which today features such corporate behemoths as Amazon.com, Bank of America, and Microsoft.

On Wednesday, Tanden—a past proponent of Social Security and Medicare cuts—said CAP's corporate donors "will have zero impact" on her decision-making at OMB and added, "It will be my role to ensure that I am only serving the interests of the American people."