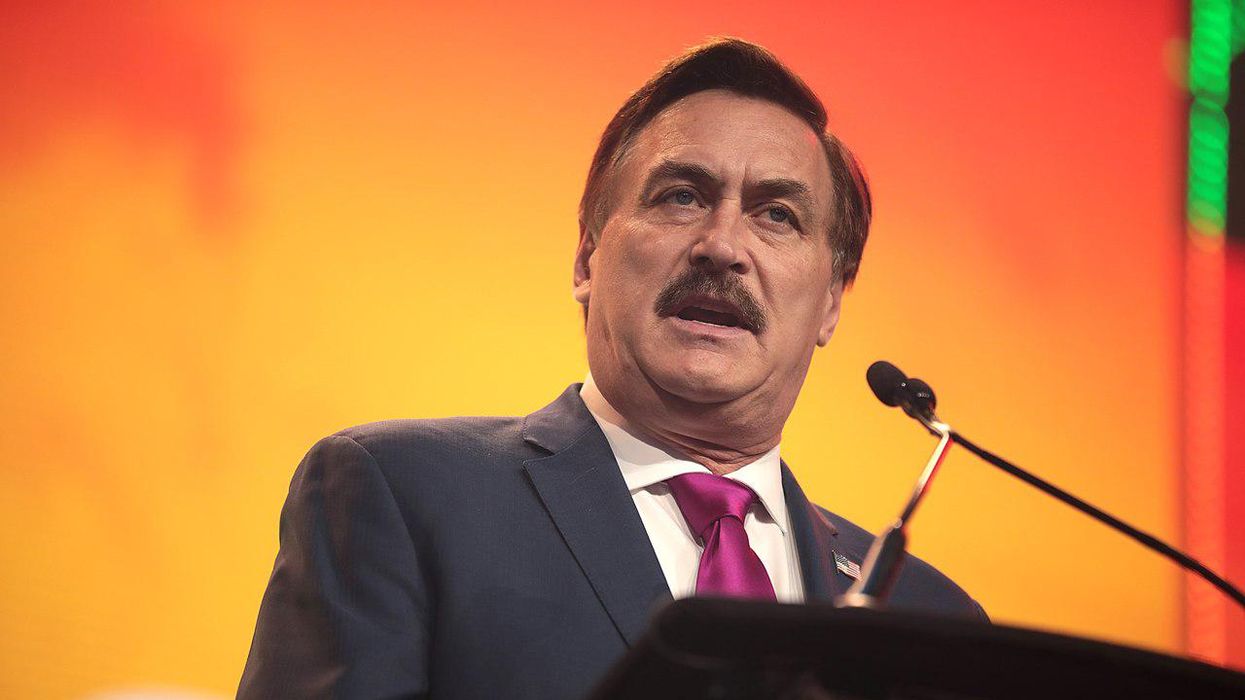 Dominion Voting Systems has filed a $1.3 billion defamation lawsuit against Mike Lindell, the far-right MyPillow CEO who has continued to promote the totally debunked conspiracy theory that Dominion's voting technology was used to help now-President Joe Biden steal the 2020 election from former President Donald Trump. Conservative law professor Kimberly Wehle analyzes the lawsuit in an article published by The Bulwark on February 23, stressing that Lindell has "an impossible defense to win on the facts."

"The lawsuit claims that Lindell engaged in a defamatory marketing campaign against the election-technology company by spending months — including after Joe Biden was inaugurated — peddling the 'Big Lie' about the election being stolen, and falsely accusing Dominion of manipulating algorithms to steal votes from former President Donald Trump," explains Wehle, who teaches at the University of Baltimore Law School and is a former assistant U.S. attorney. "Dominion filed separate suits in the same court last month against Trump lawyers Sidney Powell and Rudy Giuliani, while its competitor, Smartmatic, filed a suit in New York's state supreme court earlier this month against Fox News and three of its anchors."

Wehle notes that Dominion's lawsuit against Lindell "tells the tale of a 21st Century snake-oil salesman who capitalized on Trump's pathological need to pretend he won the 2020 election in order to sell pillows to gullible Trump supporters."

"The story reads like a slimy mix of greed, lies, and false victimhood — a fitting culmination of the failed presidency of Donald J. Trump, himself a reality TV star who faked a successful career in business all the way to the White House," Wehle observes. "The big losers here, yet again, are the regular Americans who forked over money to Lindell."

Dominion's lawsuit, according to Wehle, "alleges that Lindell knowingly lied on air about having 'raw data analytics' that would demonstrate 'a cyber footprint from inside (Dominion's) machines' that was 'going to show that Donald Trump won.' Worse, Lindell complained that he was being attacked by the left for speaking the truth, a lie-upon-a-lie that duped Trump supporters into buying pillows as an act of compassion, retaliation, and/or patriotism."

When Lindell appeared on far-right pundit Tucker Carlson's show on Fox News, he doubled down on his false claims — telling Carlson, "Dominion went on TV and said they were going to go after Mike Lindell. Well, they did. They hired hit groups and bots and trolls, went after all my vendors, all these box stores to cancel me out…. I've been all in, trying to find the machine fraud — and we found it. We have all the evidence…. I have the evidence."

Lindell, according to Wehle, is going into court with a weak defense.

Wehle writes, "Lindell's is an impossible defense to win on the facts….. Unless and until the criminal justice system kicks in to impose real consequences, the Big Lie will continue to inflict widespread harm and suffering."