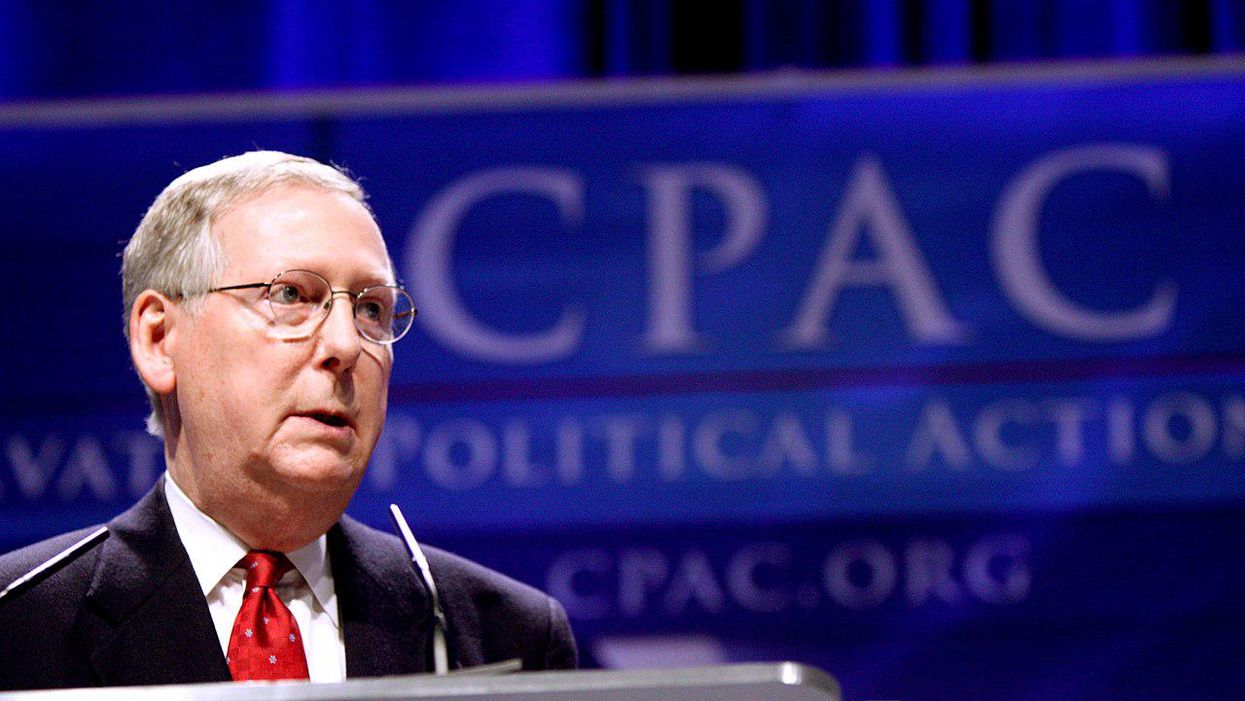 Sen. Mitch McConnell (R-KY) and his fellow Republicans this week faced harsh criticism from a columnist in the Senate GOP leader's home state of Kentucky.

Jones started out by slamming McConnell for saying the right things about former President Donald Trump's role in inciting the Capitol riots but voting to acquit him anyway.

"Sadly, such hypocrisy has become commonplace for members of today's Republican Party," he argued. "Maybe McConnell ultimately said the right thing but did the wrong one because he's afraid."

Jones then showed how Republicans who actually did vote to convict Trump were being punished for their political independence.

"In the Senate, unlike McConnell, Sens. Richard Burr (R-NC), Bill Cassidy (R-LA) and Pat Toomey (R-PA) all voted to convict Donald Trump," he wrote. "They paid for it. Republicans attacked and censured them all and are coming for Nebraska Sen. Ben Sasse and Alaska Sen. Lisa Murkowski."

All of this lead Jones to advise any friends he has who are still in the party to leave it without hestitation.

"I'm sorry to say it because I have friends who are still in it, but the Republican Party is flea infested," he wrote. "It's so damaged that excuses for remaining attached to it in its current incarnation simply don't hold."