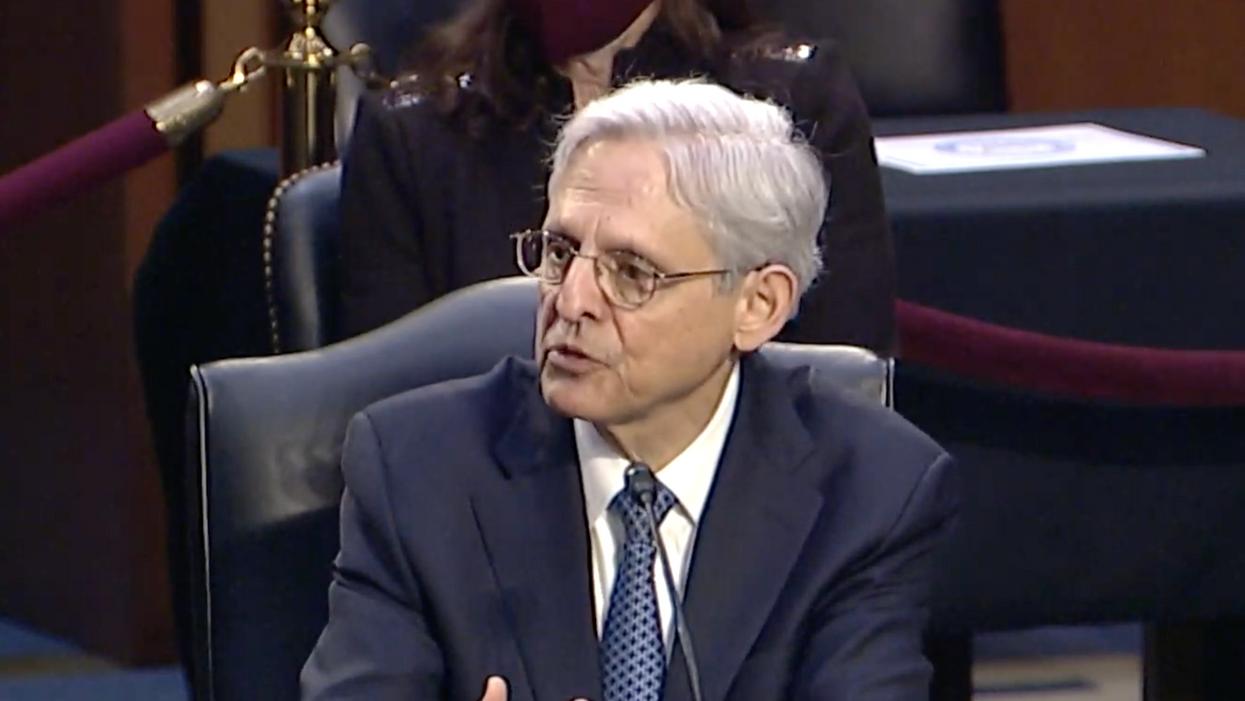 "I come from a family," Judge Garland began. "My grandparents fled anti-Semitism and persecution," he said, choking up. "The country took us in and protected us.

"And I feel an obligation to the country to pay back," he said, starting, it appeared, to cry. "This is the highest best, use of my own set of skills to pay back. And so I want very much to be the kind of attorney, Attorney General that you're saying I could become. I'll do my best to try to be that kind of Attorney General."