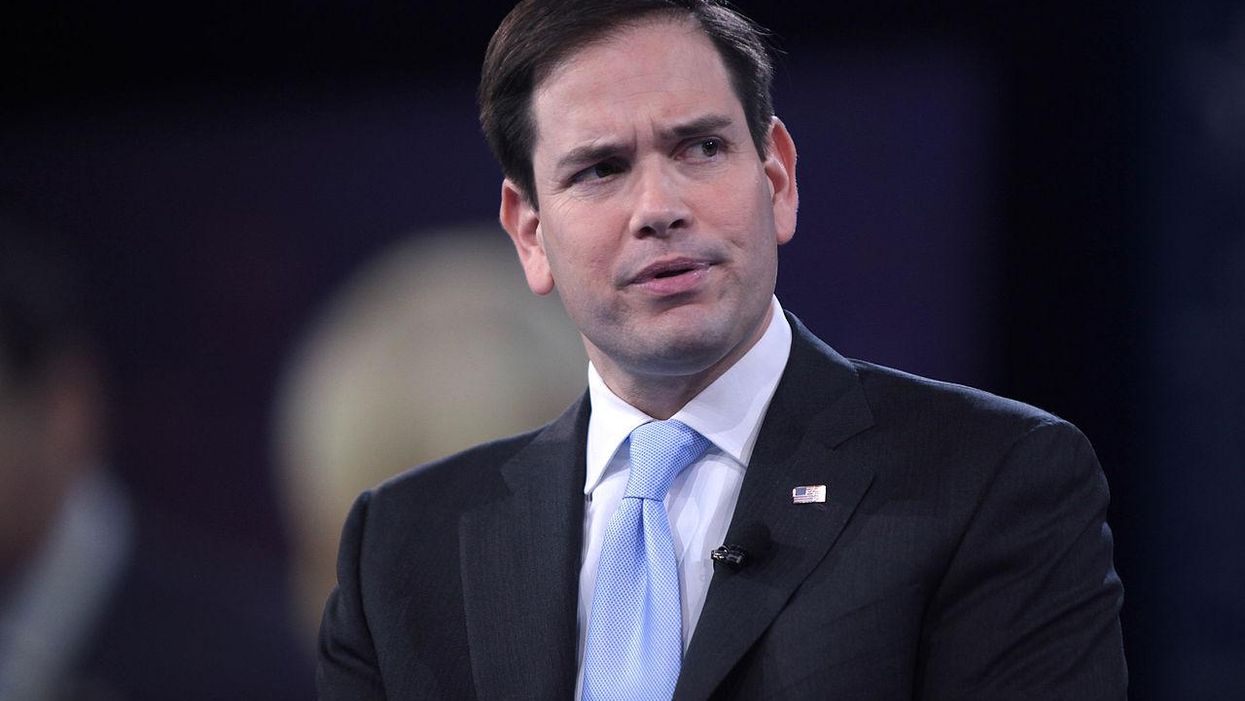 On Wednesday, Feb. 3, the Florida Senator posted an erroneous tweet criticizing the media while disregarding Greene's disturbing actions that led to many of the latest incriminating reports, according to Talking Points Memo.

He tweeted, "Reporting that a politician believes in/flirts with conspiracy theories is legit, but the attention they get should be proportional to their ability to influence actual public policy Don't make them famous, help them raise money or elevate conspiracy theories."

Reporting that a politician believes in/flirts with conspiracy theories is legit, but the attention they get should… https://t.co/DBJOBRn988
— Marco Rubio (@Marco Rubio)1612354404.0

Almost immediately after the Republican lawmaker shared the tweet, Twitter users began firing back. David Hogg criticized Rubio for being the real enabler by failing to condemn the actions of lawmakers like Greene.

"You enable them by not immediately denouncing them. Then you play the victim saying that you get generalized with white supremacists and Q anon people because you're Republican," Hogg tweeted. "You know why that happens? Because you don't denounce those things until weeks after- if ever."

You enable them by not immediately denouncing them. Then you play the victim saying that you get generalized with… https://t.co/uI96dnTfxW
— David Hogg (@David Hogg)1612359619.0

The latest news comes as Democratic lawmakers and disgruntled Americans call on Republican leadership to hold Greene accountable for her actions. In fact, many are calling for Greene to resign from Congress due to her dangerous misinformation campaigns and spread of falsehoods.

"Loony lies and conspiracy theories are cancer for the Republican Party and our country," McConnell said in a statement. "Somebody who's suggested that perhaps no airplane hit the Pentagon on 9/11, that horrifying school shootings were pre-staged, and that the Clintons crashed JFK Jr.'s airplane is not living in reality. This has nothing to do with the challenges facing American families or the robust debates on substance that can strengthen our party."

Despite the calls for her resignation, Greene has made it clear that she will not resign.