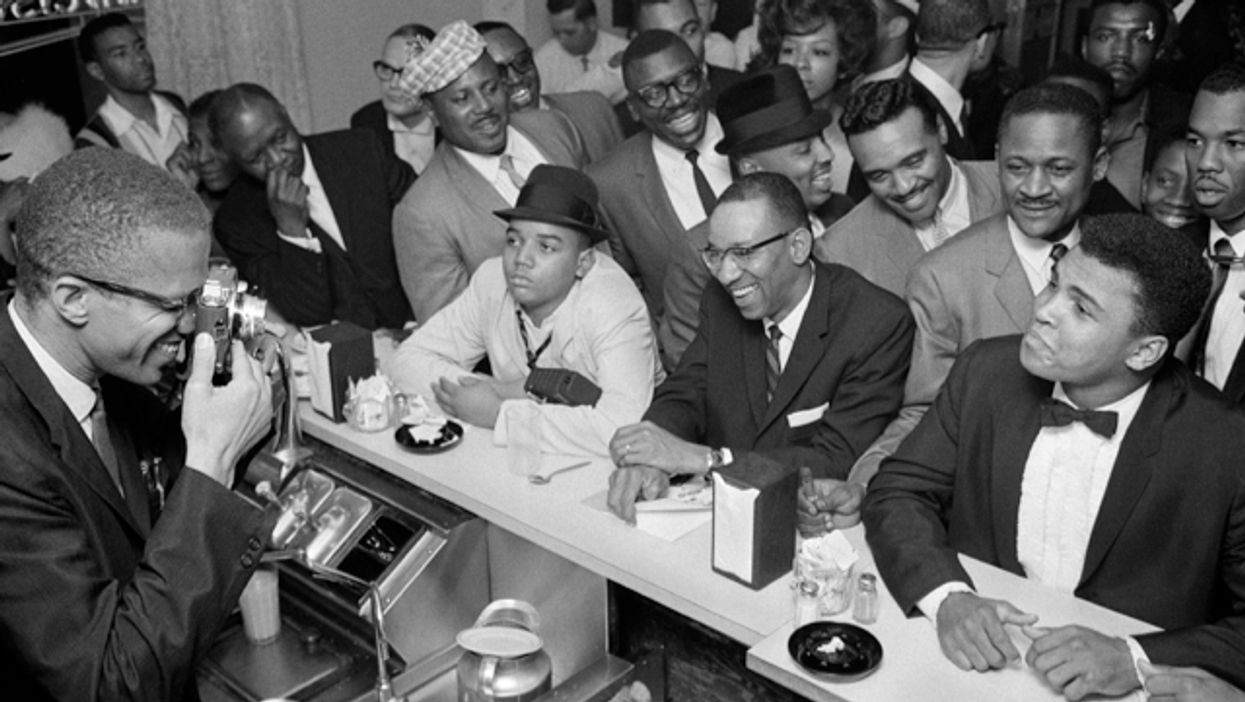 Civil rights activist Malcolm X died on Feb. 21, 1965, 56 years ago, and decades after his death an undercover cop still didn't feel safe to reveal details of the assassination plot that left the late spokesman for the Nation of Islam shot to death at 39-years-old inside Harlem's Audubon Ballroom. Raymond Wood alleged in a letter he ensured was read after his death that both the FBI and the New York City Police Department (NYPD) conspired to assassinate Malcolm X, according to statements made during a news conference on Saturday. Reggie Wood, a relative of the late cop, read Raymond Wood's letter during that news conference and explained that it was written to his father.

"I participated in actions that in hindsight were deplorable and detrimental to the advancement of my own Black people," Raymond Wood reportedly wrote in the letter dated Jan. 25, 2011. "My actions on behalf of the New York City Police Department [BOSSI] were done under duress and fear that if I did not follow the orders of my handlers I could face detrimental consequences."

Raymond said in the letter that because his health was declining, he feared that the family of Thomas Johnson, one of the men wrongfully convicted of Malcolm X's murder, wouldn't be able to clear his name in the event of Raymond's death. Johnson died in 2009, Spectrum News reported. Raymond said in the letter that he was hired on April 17, 1964 and assigned to the Bureau of Special Services and Investigations (BOSSI) unit. It was a team Raymond wrote he wasn't trained to join but the organization's purpose for him was "to infiltrate civil rights organizations" and "find evidence of criminal activity, so the FBI could discredit and arrest its leaders."

"After witnesssing repeated brutality at the hands of my coworkers [Police], I tried to resign," Raymond wrote. "Instead I was threatened with arrest by pinning marijuana and alcohol trafficking charges on me if I did not follow through with the assignments."

He said his handlers told him "to encourage leaders and members of civil rights groups to commit felonious acts." Those members included Walter Bowe and Khaleel Sayyed, members of Malcolm X's security detail who Raymond allegedly convinced to attempt a bombing of the Statue of Liberty. "On February 16, 1965 The Statue of Liberty plot was carried out and the men were arrested just days before the assassination of Malcolm," Raymond wrote. "At that time I was not aware that Malcolm X was the target." Raymond said in the letter that he was ordered to be in the Audubon Ballroom the day of Malcolm's death and witnesses saw him leaving the scene. "Thomas Johnson was later arrested and wrongfully convicted to protect my cover and the secrets of the FBI and NYPD," Raymond wrote. "I have placed my full confession into the care of my cousin Reginald Wood Jr.

Both civil rights attorney Ben Crump and Ilyasah Shabazz, Malcolm X's daughter, called for an investigation into the new evidence during the news conference. "Any evidence that provides greater insight into the truth behind that terrible tragedy should be thoroughly investigated," Shabazz said.

"Several months ago, the Manhattan District Attorney initiated a review of the investigation and prosecution that resulted in two convictions for the murder of Malcolm X," the NYPD said in a statement Spectrum News obtained. "The NYPD has provided all available records relevant to that case to the District Attorney. The Department remains committed to assist with that review in any way."

Reggie Wood said during the news conference that Raymond's letter helped him understand "the pain and guilt" Raymond felt. "I hope that this information helps the Shabazz family, excuse me, to more clearly understand what happened to their father on that horrible day," Reggie Wood said. "As a Black man, I am disgusted to know that what happened 60 years ago is still going on today. We are living under (former director of the FBI) J. Edgar Hoover's Jim Crow system of policing our Black and brown people."

View the full news conference below: