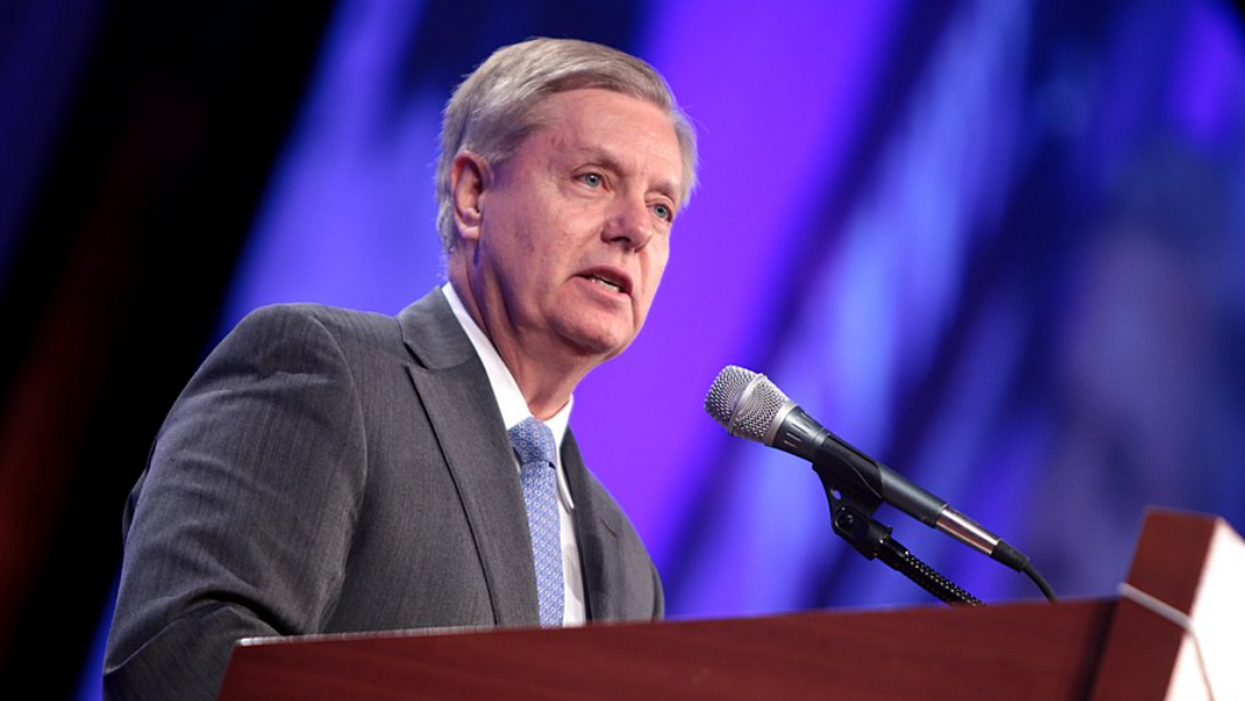 On Wednesday, Feb. 10, just hours after the House unveiled even more details about Trump's involvement in the planning of the "Save America" rally that led to the deadly insurrection on the U.S. Capitol, Graham posted a tweet that appeared to ruffle many feathers. Graham, who has been viewed as a key Trump loyalist over the past few years, still appears hopeful the president will walk away from a second impeachment trial unscathed.

The Republican lawmaker tweeted, "The 'Not Guilty' vote is growing after today. I think most Republicans found the presentation by the House Managers offensive and absurd."

Graham also appeared on Fox News where he weighed in on the impeachment trial with Sean Hannity. He claimed Democratic lawmakers' path to convicting Trump is "is collapsing before their eyes."

He added, "So it'll be over by Sunday, I hope, for the good of the country."

Graham also attempted to push the violence on "both sides" argument amid the release of never-before-seen footage of the civil unrest that erupted on Jan. 6.

"We all know what happened in the Capitol was terrible. I hope everybody involved that broke in the Capitol goes to jail," he said. "But I don't remember any of these House managers saying a damn thing when they were trying to break into my house and going after Susan Collins and spitting on all of us."

In response to Graham's claims, Twitter users quickly fired back. The Republican lawmaker faced a barrage of tweets with colorful words about his remarks. "We didn't expect co-conspirators such as yourself to vote guilty; you'd be incriminating yourself, after all," one Twitter user said.

Some users even pushed back against Graham's definition of what is "offensive and absurd."