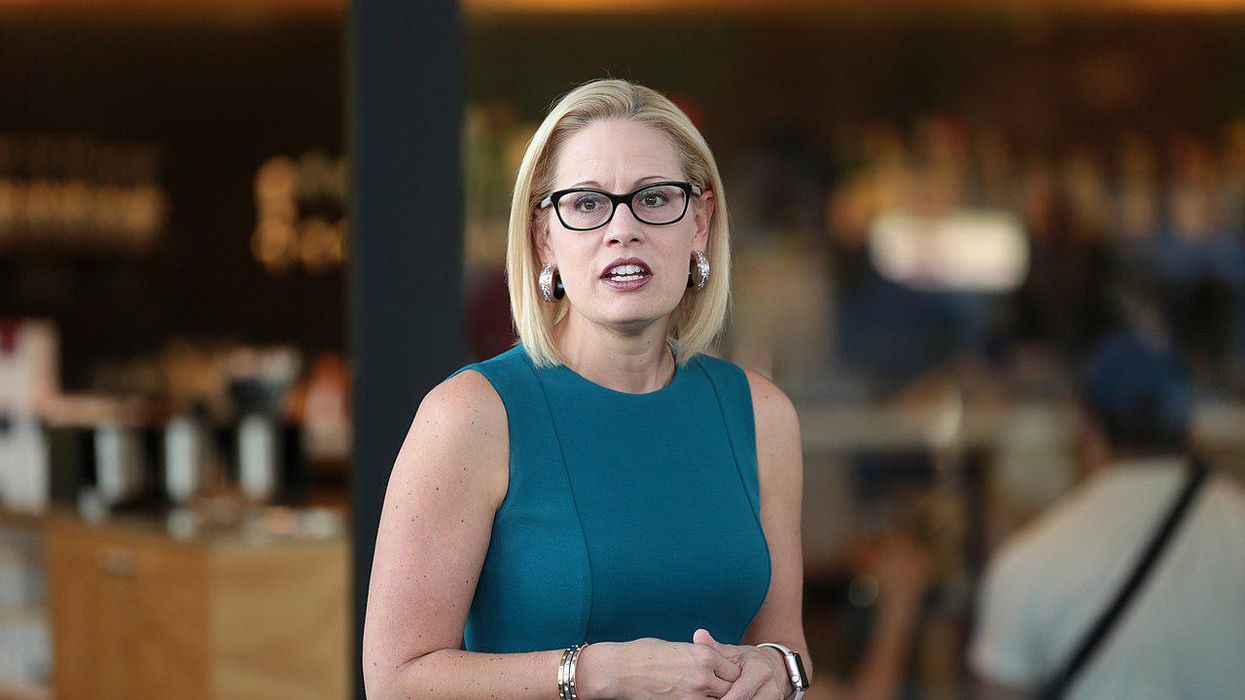 Sen. Kyrsten Sinema of Arizona has been drawing a great deal of criticism from liberal and progressive Democrats over her opposition to including a $15-per-hour minimum wage in a coronavirus relief package. But to those who are familiar with her history in the U.S. Senate, Sinema's opposition isn't especially surprising. The Arizona Democrat has a decidedly centrist voting record and clearly identifies with the Blue Dog wing of her party.

Journalist Burgess Everett examined Sinema's influence during a recent article for Politico, explaining, "Kyrsten Sinema doesn't often make big policy pronouncements. But when she does, Democrats had better listen." And Everett cites Sinema's opposition to including a $15-per-hour minimum wage in a coronavirus relief bill as a prime example of her ability to make or break a key vote.

When Sinema defeated Republican Martha McSally in Arizona's 2018 U.S. Senate race, it was historic. Arizona, for decades, was a deep red state that was closely identified with the conservative politics of Sen. Barry Goldwater and his successor, Sen. John McCain, who Sinema has praised as one of her political heroes. And under President Joe Biden, Sinema is a senator who, like Sen. Susan Collins or Sen. Mitt Romney on the Republican side, can make or break key votes.

Everett explains, "Sinema's opposition is a blow to Democrats' hopes of bumping up the federal minimum wage through budget reconciliation to avoid a GOP filibuster, complicating follow-through on a campaign promise from Democrats and President Joe Biden. And her defense of the Senate's age-old rules is likely to frustrate progressives eager to use every tool at their disposal to advance their priorities in a Senate where one wayward Democrat can mean the difference between a policy breakthrough and utter failure."

Sinema told Politico, "What's important is whether or not it's directly related to short-term COVID. And if it's not, then I am not going to support it in this legislation. The minimum wage provision is not appropriate for the reconciliation process. It is not a budget item. And it shouldn't be in there."

Sinema is the type of Blue Dog Democrat who would probably fit right in with the Conservative Party under Prime Minister Boris Johnson if she lived in the U.K., but the openly bisexual senator would be way too liberal on social issues to fit in with the Trumpified Republican Party in the United States.

Although she has frustrated progressives at times, she has voted with fellow Democrats on some key votes. Sinema voted to convict former President Donald Trump in both of his impeachment trials, and she opposed the confirmation of Justice Amy Coney Barrett to the U.S. Supreme Court.

The Arizona Democrat favors an expansion of the Affordable Care Act of 2010, a.k.a. Obamacare, but she opposes the type of Medicare-for-all plan favored by Sen. Bernie Sanders, Rep. Alexandria Ocasio-Cortez and other progressives.

Sinema told Politico, "There is no instance in which I would overrule a parliamentarian's decision. I want to restore the 60-vote threshold for all elements of the Senate's work."

The word "maverick" was often used to describe McCain. And Sen. Chris Coons of Delaware noted how much of a maverick Sinema has been on the Democratic side. Coons told Politico, "She knows her own mind. And I think she's someone who has an understandably self-confident assessment of her state and her place in it, her state's place in our country and her role in her caucus."