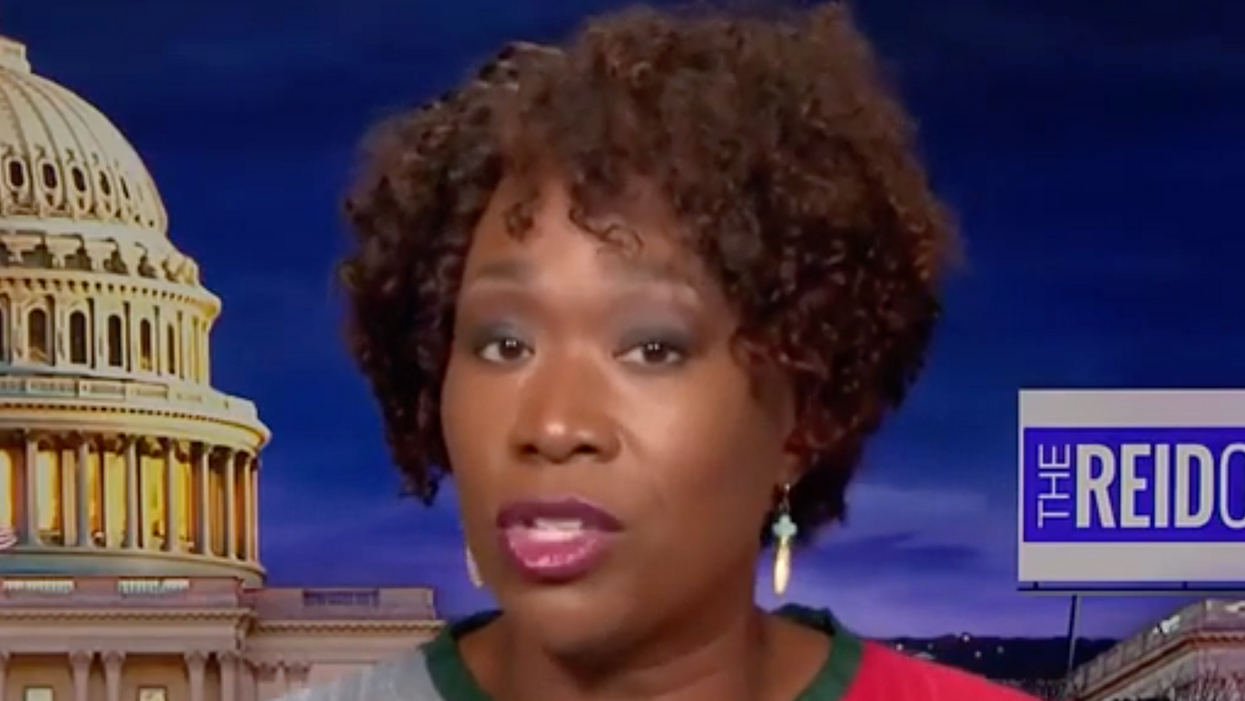 MSNBC "ReidOut" anchor Joy Reid on Monday interviewed Daniel Newhauser, the author of a Raw Story exclusive on Gov. Kristi Noem (R-SD , regarding her use of a state plane for thousands of dollars worth of potentially political travel.

"Newly unearthed flight logs show South Dakota Gov. Kristi Noem used a state airplane to travel to right-wing political events around the country, a revelation that has state lawmakers questioning whether she violated a state law forbidding political and personal use of the aircraft," Newhauser wrote. "The flight logs, published for the first time in this report, raise questions about the propriety of tens of thousands of dollars' worth of taxpayer-funded flights to out-of-state events hosted by groups such as the National Rifle Association, Turning Point USA, and an organization affiliated with the late GOP mega-donor Sheldon Adelson, South Dakota politicians and experts told Raw Story."

"Also in question is whether Noem wasted taxpayer money by having the state airplane pick her up for official business when she was living at her family home in Castlewood, rather than in the governor's residence in Pierre, the state's capital where the airplane is kept. In one case, the airplane picked her up from her daughter's wedding in the far west part of the state," Newhauser noted. "In the Mount Rushmore State, all this would not be just an ethics lapse; state law forbids the use of a state-owned aircraft for anything other than state business. There are no exceptions, and the law mandates fines of ten times the cost of the flight for a plane's misuse."

Reid asked, "isn't there a law in the state of South Dakota against the governor using the plane essentially as personal aircraft?"