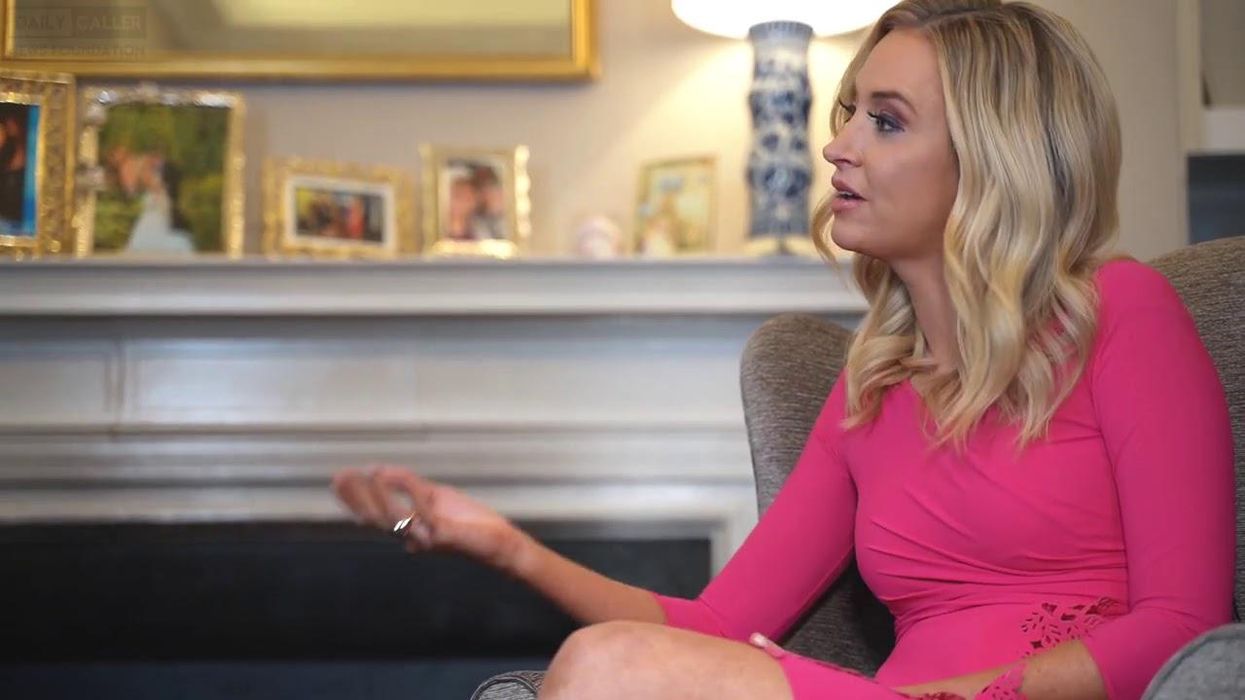 Former White House press secretary Kayleigh McEnany has covered for her former boss, then-president Donald Trump, as he embraced QAnon – like when she told reporters he was just “talking about his supporters" when he called adherents to the dangerous cult people who “love the country."

She's claimed Trump “has not at all looked into who QAnon is," despite the FBI labeling the delusional craze a domestic terrorism threat, and despite Trump's refusal to denounce the movement, which is steeped in anti-Semitism and promotes the lie that a large group of prominent Democrats are pedophiles who eat young children.

Just five minutes past midnight, McEnany decided to pay homage to the QAnon cult, as the Director of Media Intelligence for Media Matters, Lis Power, noted.

Quoting – actually, misquoting – President Joe Biden from his CNN town hall just hours earlier, McEnany tried to be too cute by half, or, as Power said: "Intentionally misconstruing Biden's statement to throw red meat to the Qanon crowd."

"Signing off with a final notable quote from Joe Biden during his town hall this evening: “Everyone knows I love kids better than people."

That did not go over well.

For the record, per CNN's transcript, Biden said: "everybody knows that I like kids better than people."

Power was not the only one who noted the nod to the QAnon cult:

CNN's Jake Tapper cites a former White House colleague of McEnany saying, "This is 100% meant to stir up the qanon crowd," and Media Matter's senior researcher shows how the QAnon crowd is eating this pandering up: