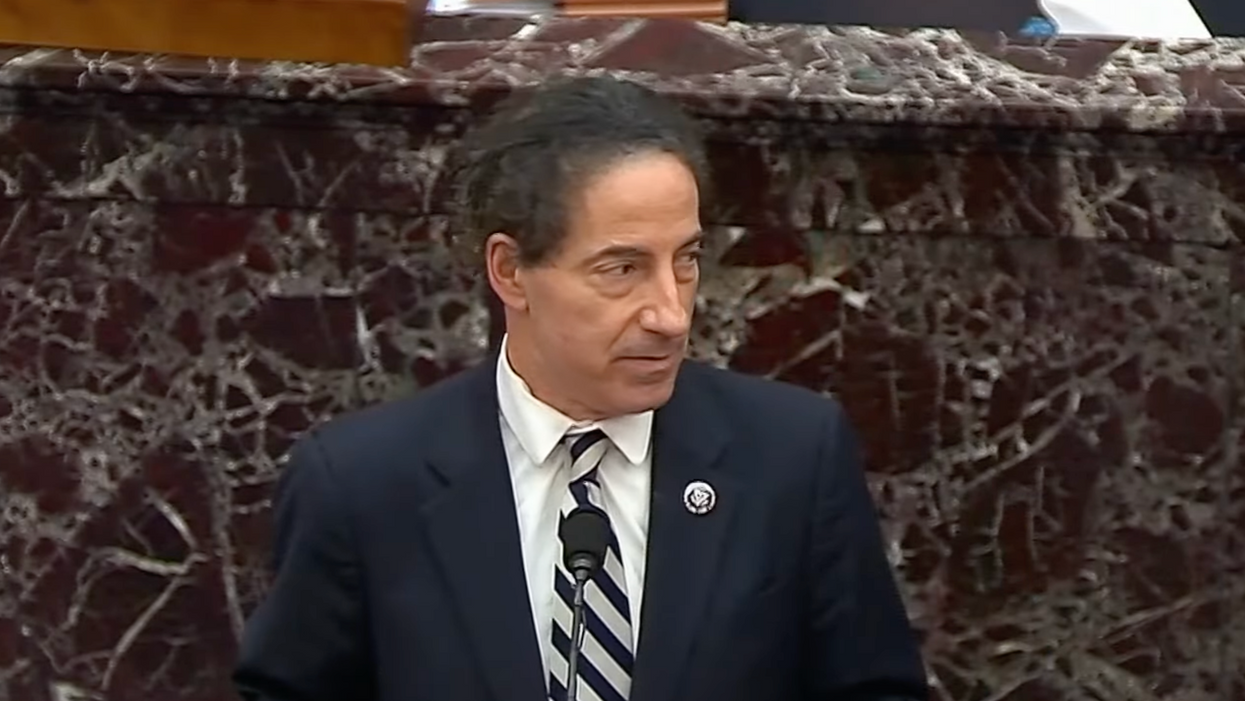 Lead Democratic impeachment manager Jaime Raskin on Thursday further proved Donald Trump's guilt in the incitement of the violent MAGA mob insurrection on January 6. Rep. Raskin shared a damning video montage of Trump's years-long and "brutal" history of "when the President's words successfully incited his supporters into assaulting his opponents."

With well-known incidents like Trump saying, "knock the crap out of 'em," and "get the hell out of here," Rep. Raskin told Senators Thursday afternoon Trump's "supporters listened and they got the message."

Trump over the years has "praised" and "encouraged" "political violence for his side," Raskin said.

He offered other clips of Trump saying things like, "I promise you I will pay for the legal fees, I promise I will."

Raskin talked about "the brutal power and effectiveness of his words with his followers. You heard him tell his supporters to be 'a little more violent,' and they responded to his command by literally dragging a protester across the floor at one of his campaign rallies. He cried 'get him the hell out of here. Throw him out.' His supporters punched and kicked another protester as he was escorted from the hall. He told supporters to 'knock the hell out' of people who opposed him and promised to pay the legal fees of the assailants."

"Let's watch some of those incidents, beginning with Trump praising supporters who had assaulted a Black protester."

The clip closes with Trump saying:

But we've had a couple that were really violent and that particular one when I said, like to bang them. That was a very vague, very you know who's a guy who's swinging very loud, and then started swinging at the audience, and you know what the audience swung back. And I thought it was very, very appropriate he was swinging. He was hitting people, and the audience hit back. And that's what we need a little bit more of.