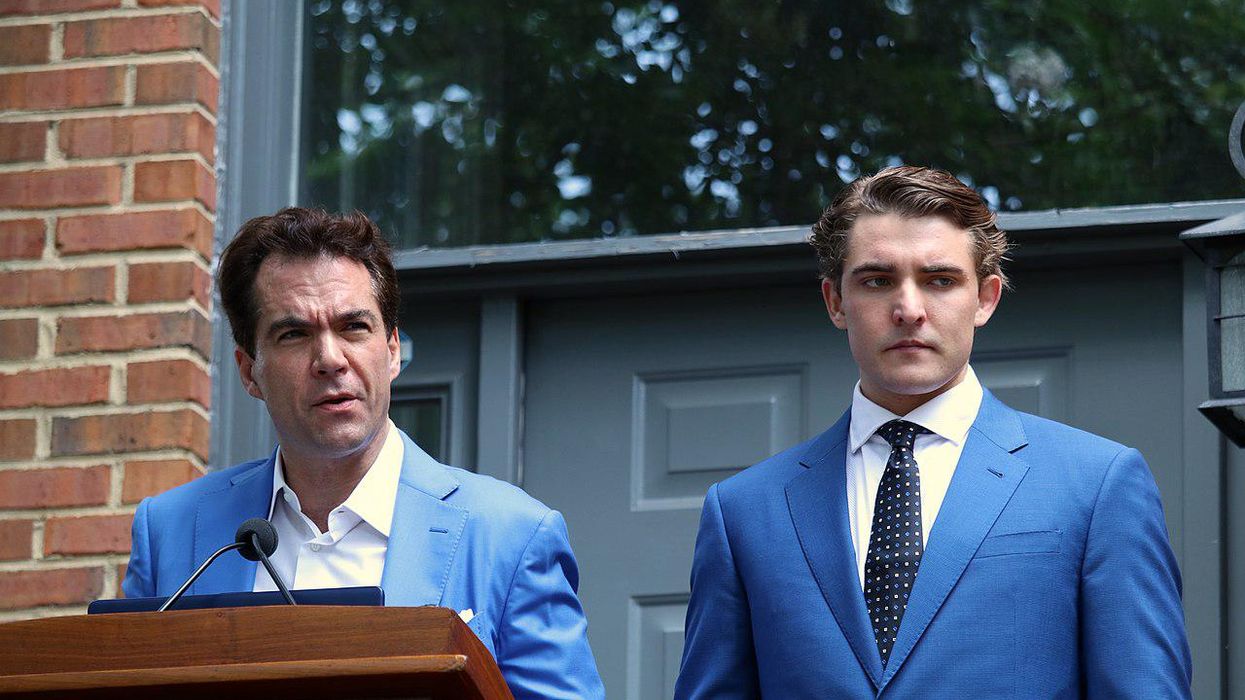 Far-right extremists Jacob Wohl and Jack Burkman have been facing both civil and criminal charges for their efforts to intimidate African-American voters during the 2020 election. Wohl and Burkman have asked the courts to delay the civil case until after the criminal case has been resolved, but on February 22, U.S. District Judge Victor Marrero denied their request.

In his 14-page ruling, Marrero wrote, "It is also important to note that elections occur periodically. By the time defendants' criminal proceedings have concluded, countless elections may have taken place."

In 2020, Wohl and Burkman resorted to racist robocalls that were designed to intimidate Black voters. In one of the robocalls, a young woman who sounded African-American and claimed to be with a "civil rights organization" led by Wohl and Burkman, tried to discourage voting by mail and said, "Did you know that if you vote by mail, your personal information will be part of a public database that will be used by police departments to track down old warrants, and be used by credit card companies to collect outstanding debt?"

In October 2020, Wohl and Burkman both pled not guilty to four criminal counts, which included voter intimidation and conspiracy to commit a voting law violation.

In a lawsuit, the National Coalition on Black Civic Participation accused them of violating the Ku Klux Klan Act of 1871. And Marrero, in an October 2020 ruling, was vehemently critical of Wohl and Burkman — accusing them of "electoral terror" and writing, "The right to vote embodies the very essence of democracy. Absent free and fair elections uninfluenced by fear, the underpinnings of democratic rule would crumble. The United States Constitution, as enforced by Congress and the courts, enshrines these principles."

Marrero, in October 2020, compared to Wohl and Burkman's voter intimidation campaign to the actions of the KKK in the past — saying that they targeted Black voters technologically rather than with actual violence.

The judge wrote, "In the current version of events, the means (Burkman and Wohl) use to intimidate voters, though born of fear and similarly powered by hate, are not guns, torches, burning crosses, and other dire methods perpetrated under the cover of white hoods. Rather, (Burkman and Wohl) carry out electoral terror using telephones, computers, and modern technology adapted to serve the same deleterious ends."

Law & Crime reporter Adam Klasfeld notes that because of that October 2020 ruling, "Wohl and Burkman were forced to send out a new round of robocalls informing the recipients of the original messages that a federal judge found them discriminatory and illegal."

Klasfeld points out that for months, Wohl and Burkman have "tried to put the civil suit on ice, arguing that allowing the case to proceed on parallel tracks with the criminal prosecution could jeopardize their 5th Amendment right to self-incrimination."

"Those accused of crimes cannot be forced to testify, and the decision to remain silent cannot be used against them in a criminal trial," Klasfeld explains. "That is not the case in civil litigation, in which adverse inferences can be drawn for those who do not cooperate with discovery."

But Marrero, Klasfeld notes, has rejected Wohl and Burkman's 5th Amendment argument as "highly speculative." And attorney David Schwartz, who is representing Wohl and Burkman and is with the firm Gerstman Schwartz, told Law & Crime that his clients plan to appeal Marrero's latest ruling.