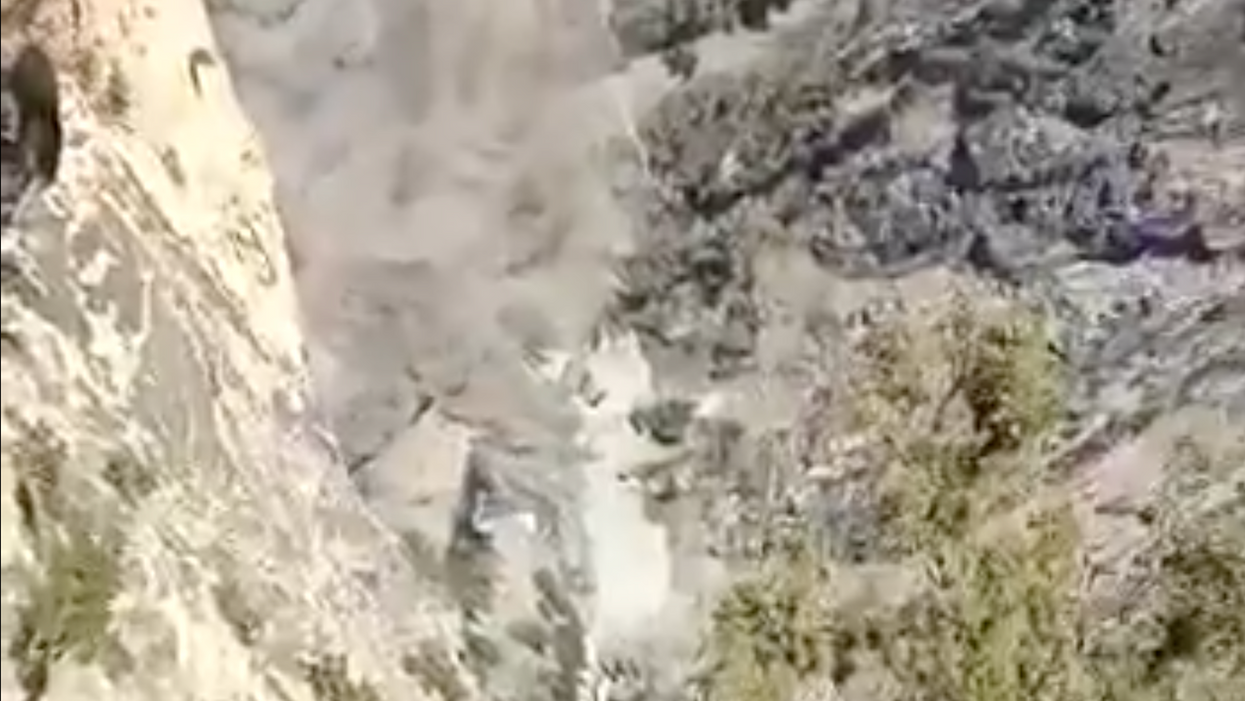 Environmental experts on Monday called for more urgent action to combat the climate crisis after a glacier burst in the Himalayan mountains in northern India triggered a flood that killed at least 19 people and left more than 200 others missing.

The Times of India reports a glacier on Nanda Devi, India's second-tallest mountain, broke apart Sunday and flooded multiple rivers in the Chamoli district of Uttarakhand state, about 100 kilometers (62 miles) from the Nepalese border. Numerous villages were evacuated as the floodwaters swept away homes, bridges, and at least two hydroelectric power projects.

As of Monday afternoon, 19 bodies have been recovered, with 202 people—including 170 hydroelectric workers—reported missing, according to the Indian Express.

"We do not have the data now to give you information on what has caused the avalanche in the Chamoli district but what we know, prima-facia, is that this looks very much like a climate change event as the glaciers are melting due to global warming," Dr. Anjal Prakash, research director and adjunct associate professor at the Indian School of Business in Hyderabad, told the Times.

Sarah Das, an associate scientist at Woods Hole Oceanographic Institute in Falmouth, Massachusetts, told Al Jazeera that "most mountain glaciers around the world were much larger in the past and have been melting and shrinking dramatically due to climate change and global warming."

According to a study published in 2019 that analyzed 40 years of regional satellite data, rising temperatures are to blame for a doubling in Himalayan glacier melt since the beginning of the century.

"Given the overall pattern of warming, glacier retreat, and increase in infrastructure projects... it seems natural to hypothesize that these events will occur more frequently and will become overall more destructive if measures are not taken to mitigate these risks," said Das. She added:

There are many glaciers and glacial dammed lakes across the Himalayas, but most are unmonitored. Many of these lakes are upstream of steep river valleys and have the potential to cause extreme flooding when they break. Where these floods reach inhabited regions and sensitive infrastructure, things will be catastrophic.

According to the Times, reinforced concrete structures, which are replacing traditional wood and stone masonry, have also accelerated a heat-island effect in the ecologically fragile Himalayas, where scores of glacial lakes have been identified as "potentially dangerous" by the International Center for Integrated Mountain Development.

Ultimately, many mountain communities threatened by flooding from melting glaciers will have to relocate. Mark Howden, a director of the Climate Change Institute at the Australian National University, told the Sydney Morning Herald that "the broader picture is that reducing our emissions to reduce climate change is the fundamental thing that we need to do here."