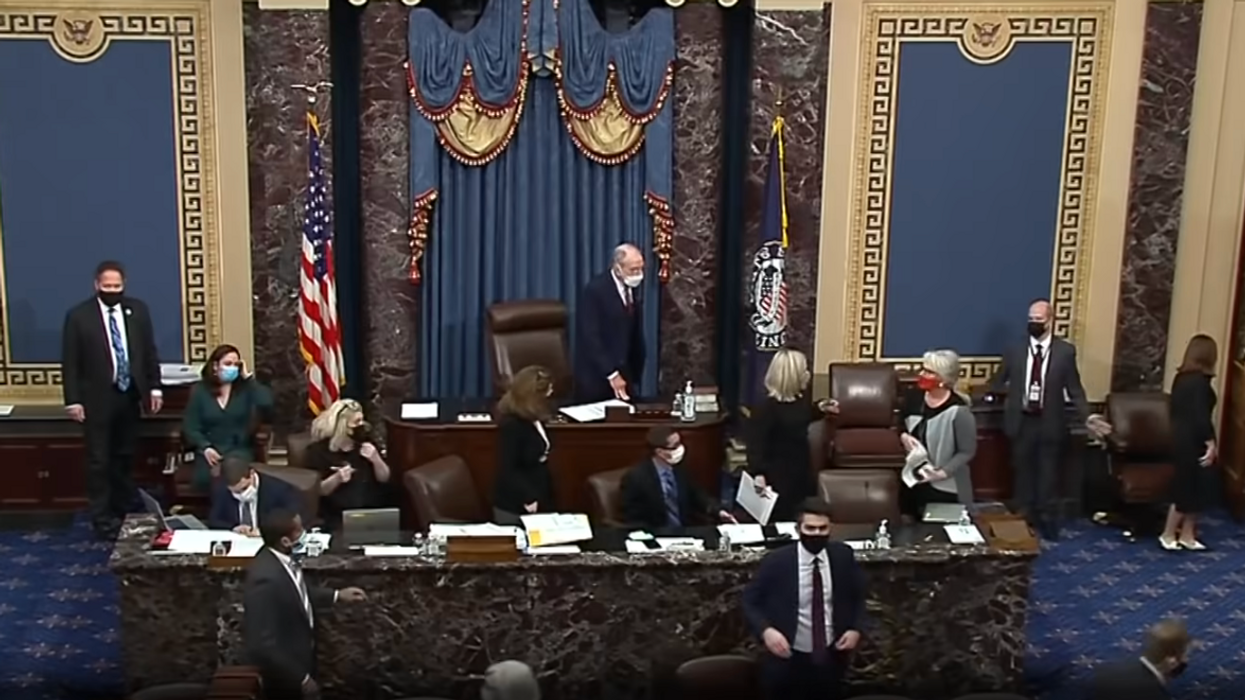 Alcindor adds that a Democratic "source says that the video will show 'just how close Trump's mob came to senators, members of Congress and staff.'"

U.S. Senators on Tuesday sat through a damning 13-minute video compilation of the events of January 6, video that went viral on social media and on news outlets across the country. Some Republicans, including Senators Rand Paul of Kentucky, and Marco Rubio and Rick Scott of Florida, reportedly looked away or were caught doodling rather than paying attention and being impartial jurors, a role they were sworn in to uphold.