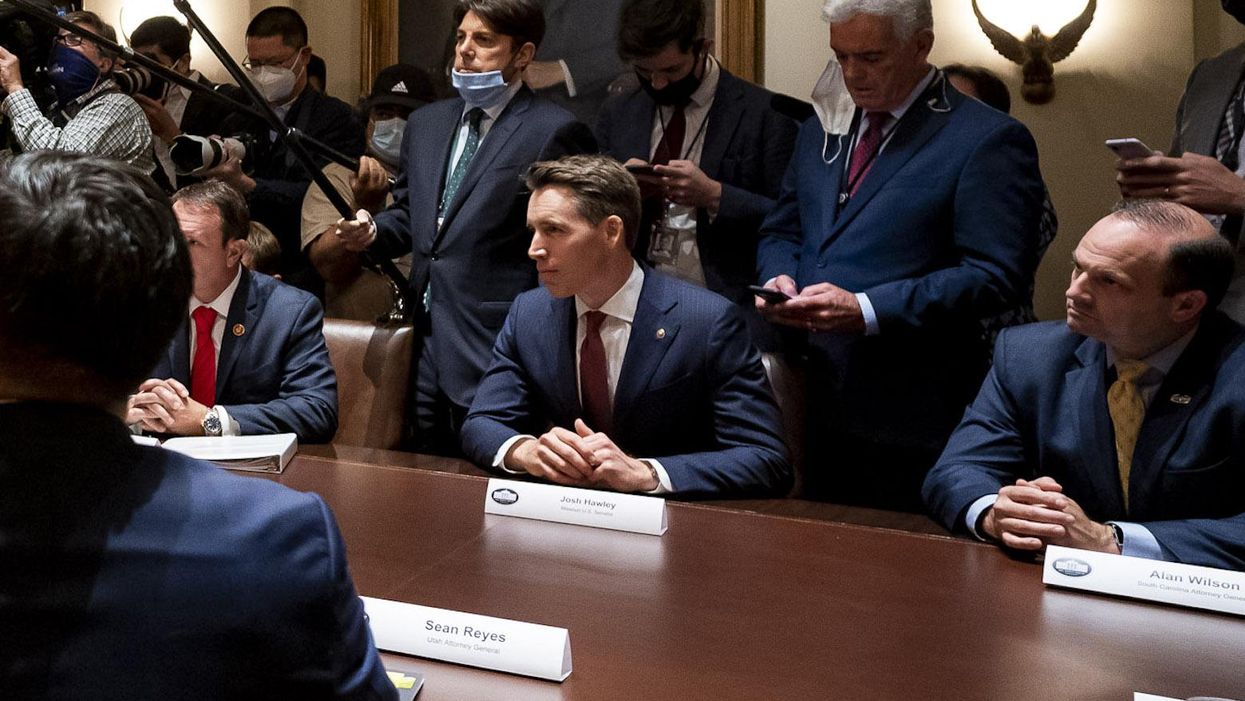 The St. Louis-Dispatch's editorial board is scorching Sens. Josh Hawley and Roy Blunt's (R-Mo.) for bringing more embarrassment to the state of Missouri as they continue to defend former President Donald Trump amid his impeachment trial.

The newspaper also highlighted how the lawmakers are using their time during the impeachment trial. The newspaper wrote, "Instead, they continue bringing additional embarrassment to the state after having flirted with the abolition of democracy in favor of keeping a dictator wannabe in the White House."

The newspaper wrote, "Blunt had the gall to tell reporters that, until a 13-minute video of the Capitol attack was shown to senators on Tuesday, he had never taken so much time to watch what occurred on that 'truly a horrendous day.' Both voted against allowing the trial to proceed."

"Today Democrats launched their unconstitutional impeachment trial while President Biden cancels thousands of working-class jobs across this country," Hawley tweeted on Tuesday. "Americans deserve better." Hawley has also falsely claimed that the impeachment trial is a "partisan" issue although a bipartisan majority of Senate lawmakers have voted in support of moving forward with the trial.

In response to Hawley's claim about Biden, The Dispatch described the embattled senator as "pathetic" and noted that Biden "has not canceled a single job":

"Hawley also hides from accountability by blaming his constituents. 'Some wondered why I stuck with my objection following the violence at the Capitol,' he tweeted on Jan. 13. 'The reason is simple: I will not bow to a lawless mob, or allow criminals to drown out the legitimate concerns of my constituents.'Technically, Hawley is correct. He didn't bow to the lawless mob; he fist-pumped his solidarity with them."