This is the most horrifying graph of the COVID-19 crisis 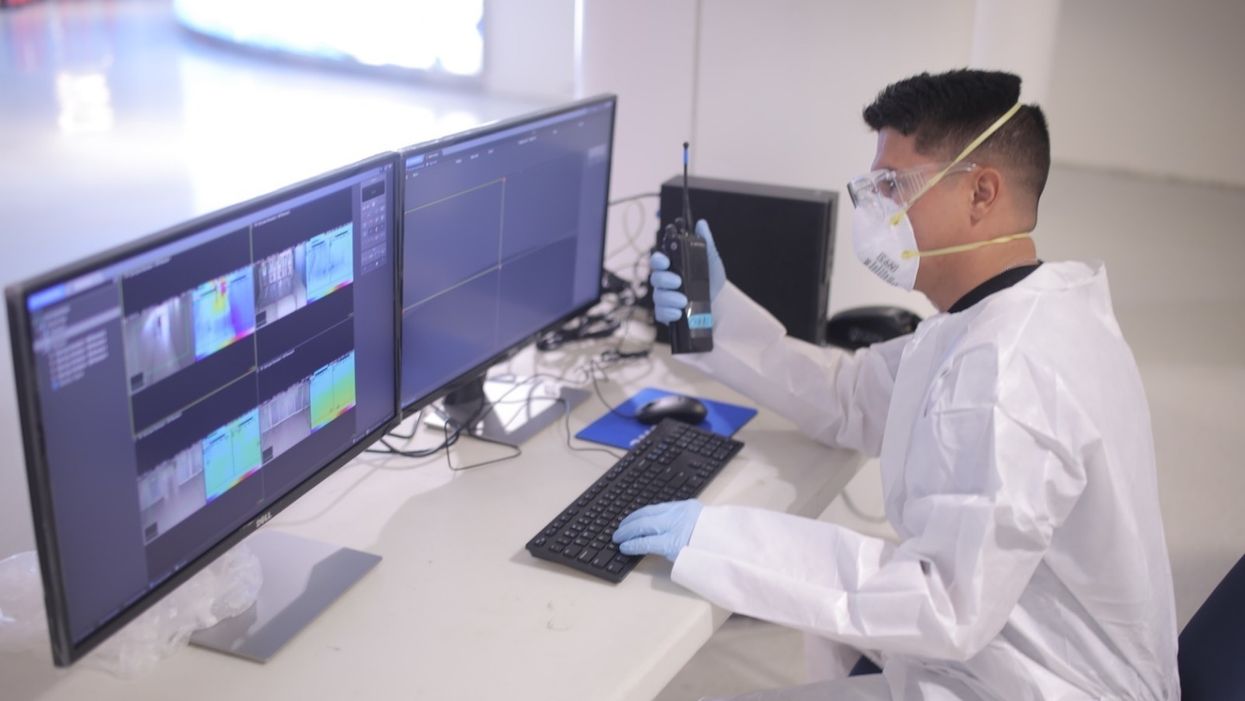 PRNG continues its mission of screening all passengers arriving at the different airports and ports of Puerto Rico to stop the spread of COVID-19 on the island. Hundreds of Citizen-Soldiers and Airmen have been present in the fight to mitigate this virus, March 20-22. (PRNG photos by: Sgt. Carlos Chabert & Spc. Melanie Colondres)
Cody Fenwick
February 17, 2021

For several weeks in a row, COVID-19 in the United States has taken a dramatic retreat, with reports of new infections, new hospitalizations, and new deaths from the virus all dropping significantly from previous record highs.

The COVID Tracking Project recently summed up the encouraging trends:

Nationally, all signs point to continued rapid easing of the pandemic's deadly winter surge. Cases are down 23 percent from the previous week and down 57 percent from the country's all-time peak in early January when the US recorded 1.7 million new cases in a single week. Hospitalization numbers confirm this rapid decline: There are about 77,000 people hospitalized with COVID-19 in the US as of February 10, down 42 percent from the country's January 6 record of about 132,000 people. Reported deaths dropped for the second week in a row, with 19,266 deaths reported this week—almost 10 percent fewer than were reported in the previous week.

Still, the numbers are still horrifically high, with thousands reportedly killed every day, even if the trends are going in the right direction.

Some of the recent turnaround in the trends may be due to the fact that people around the country have responded to the reports of the winter surge by increasing mask-wearing and social distancing. Winter holiday gatherings likely contributed to the spike in cases in January, but personal behavior seems to have become more cautious in the subsequent weeks, giving the virus fewer opportunities to spread. Immunity from both vaccines and previous infection may also be playing a role in the decline of outbreaks.

Nevertheless, it's not clear how much the seriousness of the latest wave of the pandemic has sunk in across the country. While the first spike in the spring of 2020 evoked national horror, especially as New York City found itself overwhelmed and struggling to cope with its wave of infection and death, denialism and dismissiveness about the impact of the disease has since pervaded much of the country. This is particularly true on the right wing, led by former President Donald Trump's downplaying of the pandemic. But even among more neutral or left-wing observers, the sense of urgency that was initially so gripping seemed to weaken in the winter, even as the pandemic became more severe than ever. This may not be anyone's fault — one can only maintain shock and horror for so long until the horrors become the status quo — but it may give us a distorted sense of reality.

That's why a recent horrifying graph from ABC News is so illuminating. While we've become accustomed to looking at daily or weekly rates of death — an important measure when assessing the impact of policies and the direction outbreaks are taking — this graph shows the acceleration in cumulative deaths, emphasizing the toll the virus has taken on the country:

The graph clearly illustrates the sharp acceleration of the death toll in the recent winter months, beginning in December. According to Worldometer, more than 500,000 people have now been reported dead because of COVID-19, more than double the White House's worst-case prediction for the death toll of 240,000 in March of 2020.

What's particularly notable about the graph is that throughout the recent acceleration, Trump spent little time focused on fighting the pandemic. After the Nov. 3 election, he turned his attention to contesting Joe Biden's victory in increasingly desperate and dangerous ways (culminating in a historic insurrection that was, among many other things, a superspreader event). All the reporting and his public actions suggest he had little interest in combatting the virus, which he had long seemed bored of anyway. The new administration has blasted its predecessor for leaving behind no substantive national plan for vaccine distribution, leaving the responsibility to the states. As outbreaks accelerated worse than ever before, he was asleep at the wheel.

Denialists about COVID criticized the ABC News graph, claiming that these reported deaths are merely attributed to the virus but likely would have happened anyway. But this is not so. While it will take a long time before the data is complete, initial studies found that there was a significant spike in mortality in the U.S. in 2020 — exactly what we should expect if the coronavirus was as deadly as the experts say. The CDC has similarly estimated that there were a total of about 500,000 excess deaths from February 2020 to the end of January 2021.

Final figures aren't yet in, but preliminary numbers show 2020 is on track to become the deadliest year in U.S. history, with more than 3.2 million totaldeaths – about 400,000 more than 2019 – a sharp increase that public health experts attribute to COVID-19 and aligns with reported deaths from the disease.
The Centers for Disease Control and Prevention reported 2,835,533 U.S. deaths in 2019. Before the pandemic, models projected a slightly higher number, about 2.9 million deaths, for 2020, said Dr. Jeremy Faust, an emergency physician at Brigham and Women's Hospital.
It's not a coincidence, he said, that the 400,000 excess deaths closely resemble the number of coronavirus deaths in the U.S., which reached 401,796 as of Wednesday, according to Johns Hopkins data.

There is finally much reason for optimism. As I reported at the beginning, the virus is in retreat. Vaccinations are accelerating around the country, and the initial studies suggest they should be highly effective at blocking the virus, mitigating disease, and reducing the spread. Still, serious dangers remain. Mutant versions of the coronavirus abound, which may spread more easily or partially evade our vaccines. Many Americans are skeptical of the vaccine and may refuse to take it even when it's available, undermining our ability to stop the virus and prevent more mutant strains from arising.

But even if the optimists are vindicated and the virus's days as a major public health threat are numbered, there's no undoing the damage that's been done. It's a national tragedy that must be reckoned with as such.